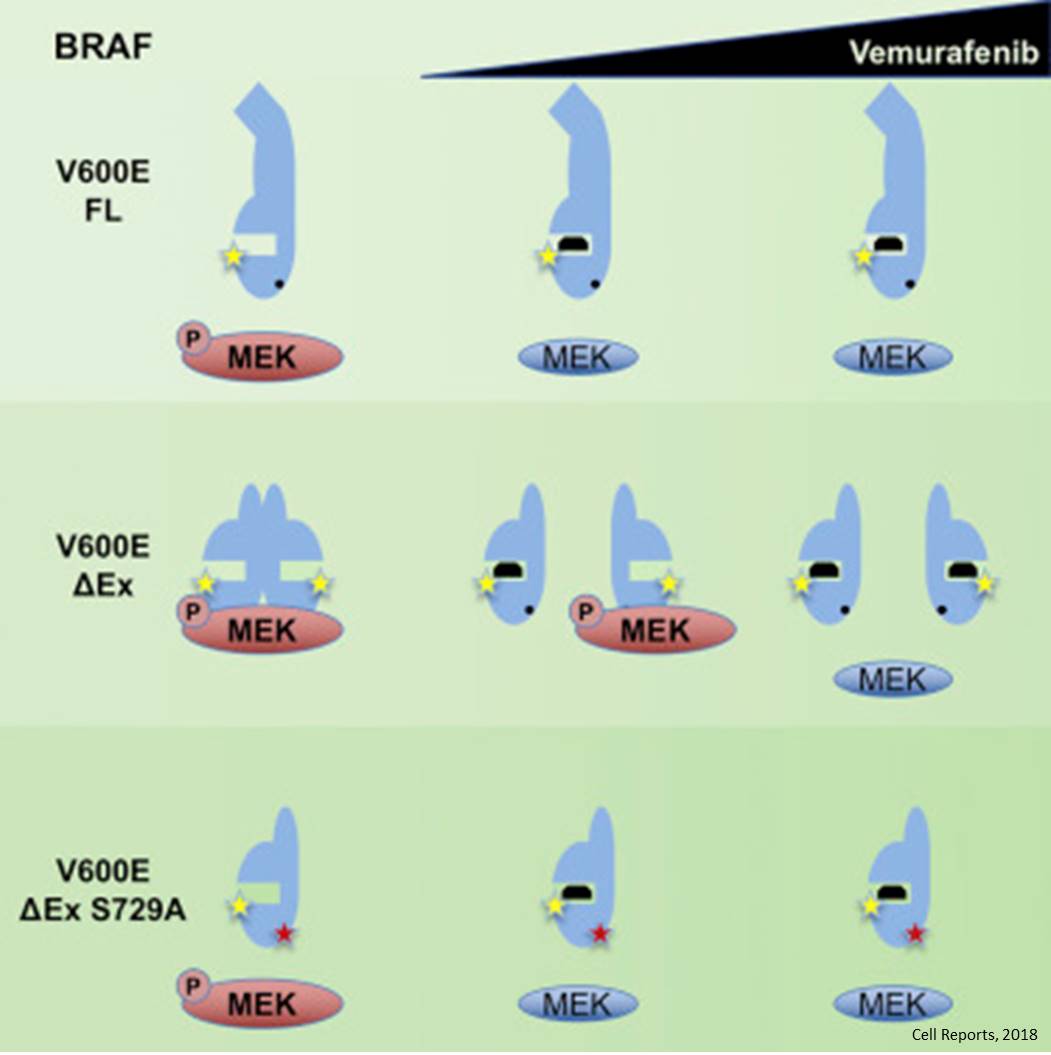 Melanoma is the leading cause of death from skin cancer. Many patients develop metastatic disease that spreads to other parts of the body. One commonly used targeted therapy for metastatic melanomas works by attacking melanomas with mutations in the BRAF gene that make them susceptible to RAF-inhibiting drugs. However, many cancers quickly become resistant to the treatment. Now researchers have discovered how one of the mechanisms of that resistance works, a finding that could lead to designing more effective combination therapies. The research was published in Cell Reports.

About 13-30 percent of melanomas become resistant to RAF-inhibiting drugs because of a difference in how those cells produce and process the BRAF protein. The gene these patients carry is called a BRAF V600E isoform. These RAF-resistant isoform cancers produce BRAF proteins that become active complexes with another cancer-promoting protein called MEK.

The researchers showed that when they blocked this complex, or dimerization, by targeting a specific site on the BRAF isoform, they could block MEK binding and restore the potency of the RAF-inhibitor. Authors show that RAF inhibitor treatment increased phosphorylation at serine 729 (S729) in BRAF V600E. Mutation of S729 to a non-phosphorylatable residue reduced BRAF V600E -MEK interaction, reduced dimerization or oligomerization, and increased RAF inhibitor sensitivity. Conversely, mutation of the BRAF dimerization domain elicited partial effects on MEK association and RAF inhibitor sensitivity.

"The work helps explain dual hypotheses for RAF-inhibitor resistance, one which focused on MEK and the other on dimerization," said the senior author. "This work weaves the two together mechanistically. The results may also help guide the design of better combination therapies for melanoma."

Identification and characterization of a novel GLP-1R-biased agonist