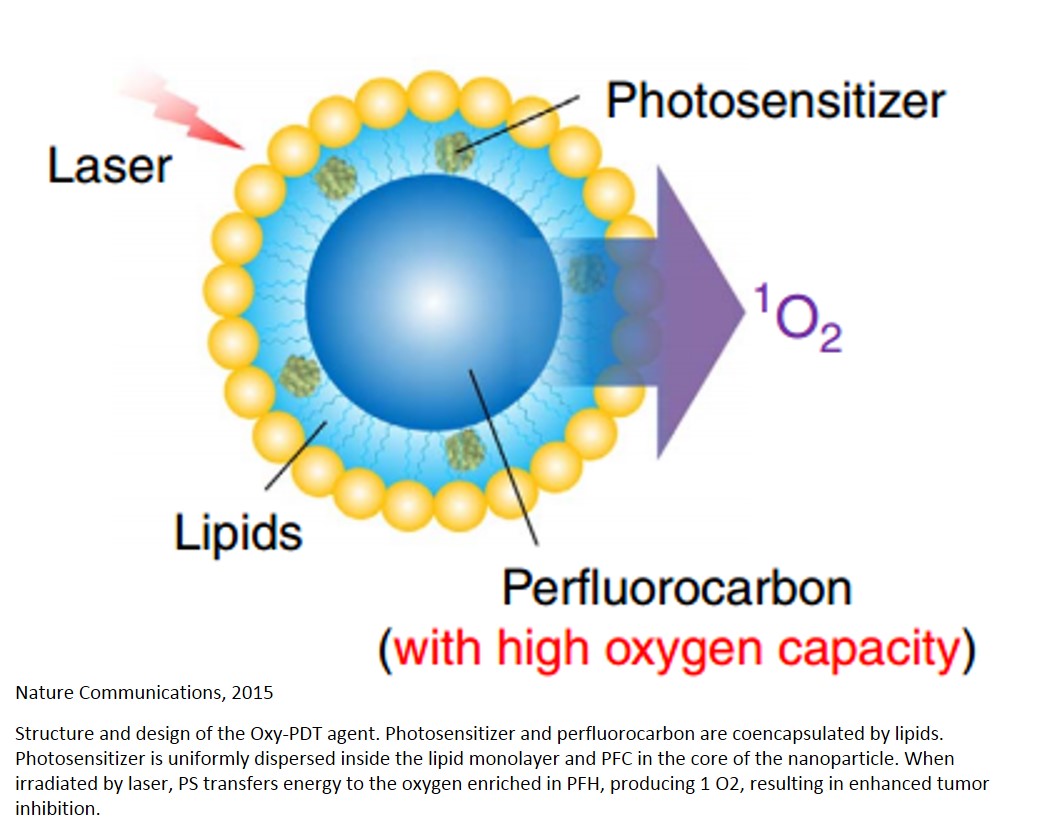 In order to overcome this problem, researchers create oxygen self-enriching photodynamic therapy (Oxy-PDT) by loading a photosensitizer into perfluorocarbon nanodroplets.

Because of the higher oxygen capacity and longer 1O2 lifetime of perfluorocarbon, the photodynamic effect of the loaded photosensitizer is significantly enhanced, as demonstrated by the accelerated generation of 1O2 and elevated cytotoxicity.

Oxy-PDT may enable the enhancement of existing clinical PDT and future PDT design.