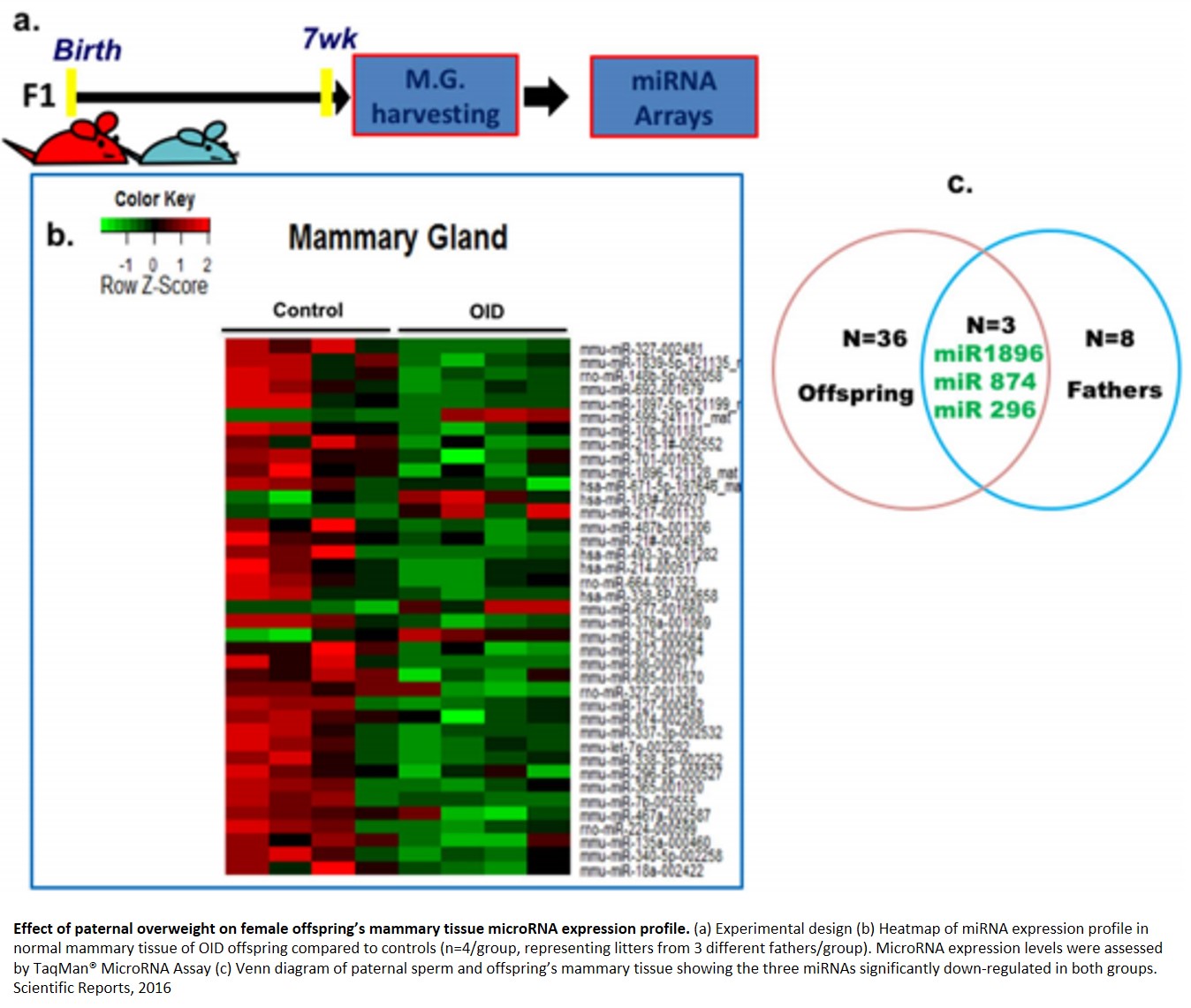 Obese male mice and normal weight female mice produce female pups that are overweight at birth through childhood, and have delayed development of their breast tissue as well as increased rates of breast cancer.

The findings, published in Scientific Reports come from one of the first animal studies to examine the impact of paternal obesity on future generations' cancer risk.

The researchers say they've found evidence that obesity changes the microRNA (miRNA) signature -- epigenetic regulators of gene expression -- in both the dad's sperm and the daughter's breast tissue, suggesting that miRNAs may carry the epigenetic information from obese dads to their daughters.

The miRNAs identified regulate insulin receptor signaling, which is linked to alterations in body weight, and other molecular pathways that are associated with cancer development such as the hypoxia signaling pathway.

Obesity seems to sometimes run in families, as do some breast cancers. Maternal obesity is believed to influence both conditions in humans -- a woman who is heavy in pregnancy can produce larger babies, who may have increased risk of breast cancer later in life. While much of the focus has been on the maternal side, few if any studies have looked at the influence of dad's overweight and obesity on his offspring's cancer risk.

"This study provides evidence that, in animals, a fathers' body weight at the time of conception affects both their daughters' body weight both at birth and in childhood as well as their risk of breast cancer later in life," says the study's lead investigator.

Author says the next step in this research is to see if the same associations regarding breast cancer risk hold for daughters of human fathers who are overweight around the time of conception.

"Until we know about this association in men, we should stick to what we all know is good advice: women -- and men -- should eat a balanced diet, keep a healthy body weight and life-style not only for their own benefit but also to give their offspring's the best chances of being healthy."