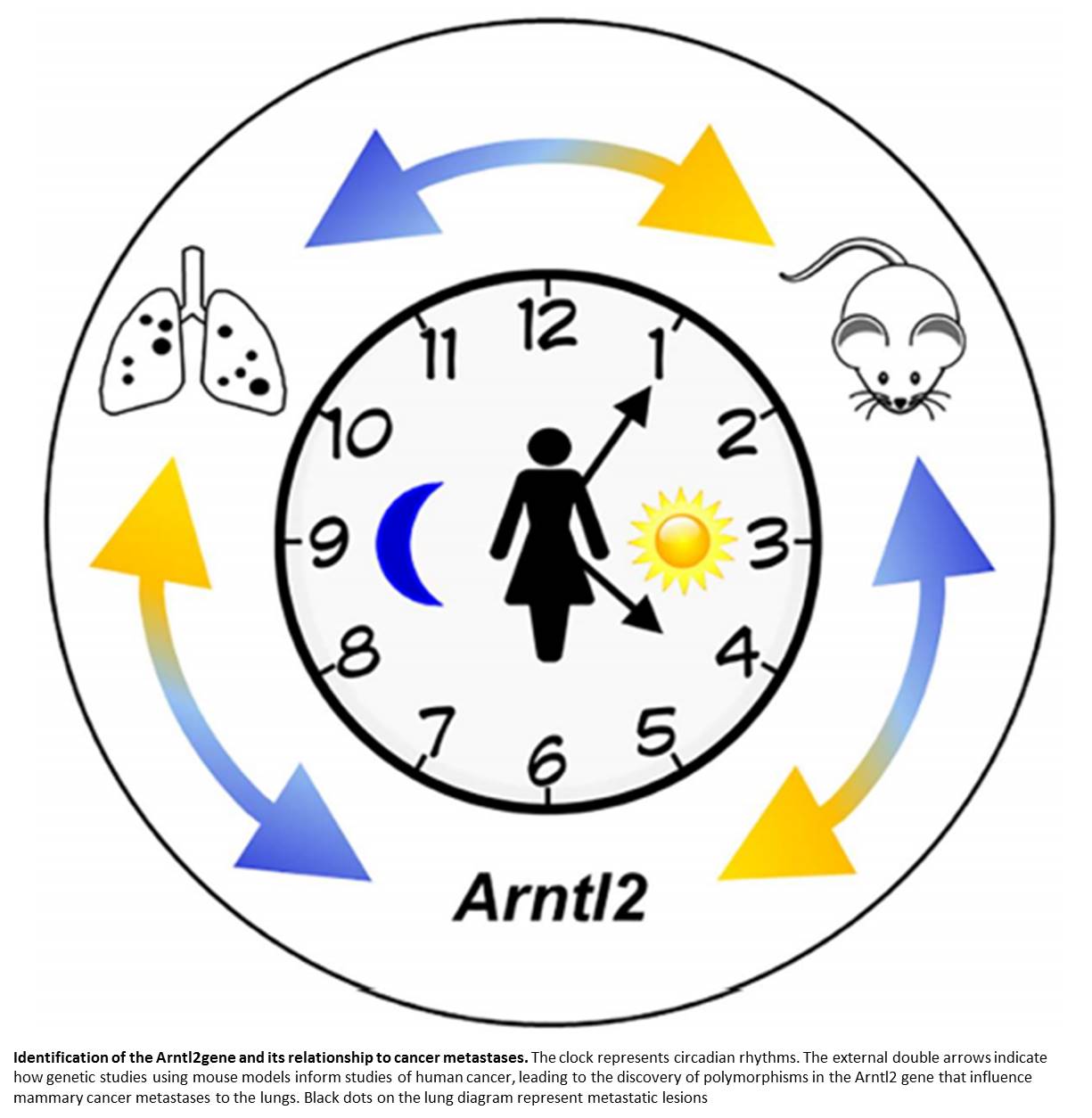 A team of researchers at the National Cancer Institute has found a possible link between genes responsible for regulating the circadian rhythm and the spread of a certain type of breast cancer. The team has posted a paper describing their study and results on the open access site PLOS Genetics.

Scientists have known for some time that there is a link between the survivability of certain types of breast cancers and sleep patterns—women working swing shifts, for example, have been found to be more susceptible to death due to metastasis associated with breast cancers.

But until now, there were no real clues as to why this might be the case, though some research suggested there may be a genetic link. In this new effort, the researchers describe how they focused their study on genes that might be impacted by irregular sleep patterns and wound up discovering a connection between the aggressive estrogen receptor negative breast cancer and a gene called Arntl2, which is involved in the circadian rhythm—it codes for a protein that is involved in activities within cells.

The team found the gene by interbreeding mice more prone to metastatic breast cancer with low-risk mice and then looking at their genetic differences. Once the gene was isolated, the team edited it in some test mice and then monitored the development of cancers. Those injected with high amounts of Arntl2 showed much more metastatic growth than those given low doses.

Convinced that they had found a link, the researchers tested human patients that had estrogen receptor negative breast cancer and found that those who had inherited highly active variants of Arntl2 were more likely to die due to their cancer spreading.

These findings suggest that disruptions to the circadian sleep pattern may put people with aggressive forms of cancer at higher risk of dying from metastasized cancer than those with normal sleep patterns, particularly those with the active variant of Arntl2. Why humans (and not mice) are susceptible to Zika