Liver progenitor cells are involved in the development of hepatic tumors 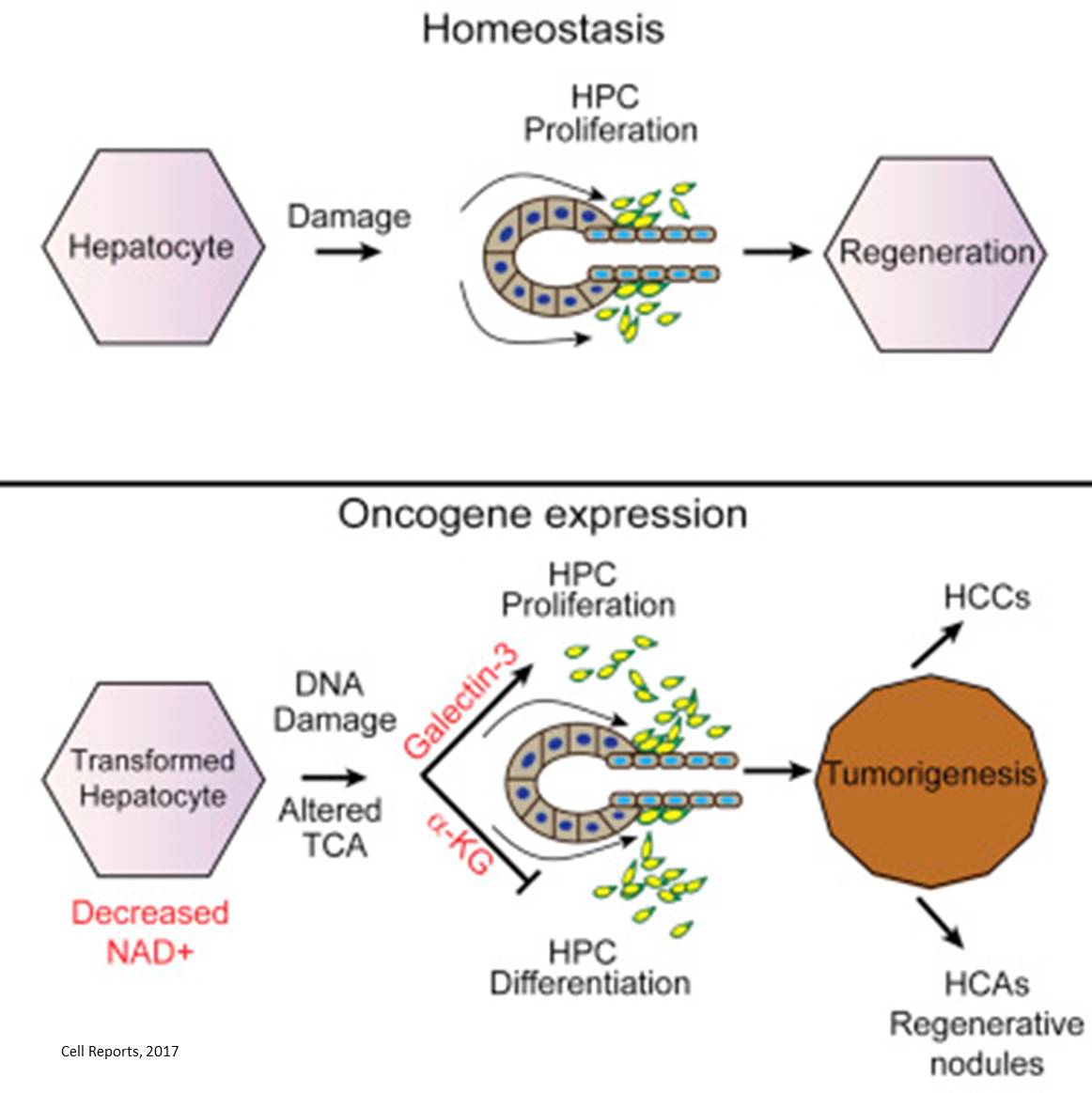 The malignant transformation of hepatocytes is the origin of most hepatocellular carcinomas, an aggressive type of liver cancer with high mortality rates. But these cells do not act alone. Research conducted by scientists reveals how hepatocytes "recruit" and "instruct" liver progenitor cells to contribute to the hepatic lesions.

"The cellular origin of liver cancer, as well as the origin of tumor heterogeneity, are not clear yet and may be context-dependent," say the authors in the journal Cell Reports. Hepatocytes -the main liver cells- have been considered the main source of hepatocellular carcinomas but the results of this research provide various novel perspectives.

"What we are showing here is that hepatic progenitor cells expand during tumorigenesis and, at one point, they become transformed because of oncogenic hepatocyte cross-talk; this makes them participate in liver tumor development in general, and in hepatocellular carcinomas in particular," explains main author of the paper.

Malignant hepatocytes crosstalk and instruct neighbouring progenitor cells to become activated, maintaining them in an undifferentiated state while at the same time proliferating, becoming oncogenic themselves, and contributing to the lesions. This activation occurs, as shown by this study, when the hepatocytes secrete two substances (alpha-ketoglutarate and galectin-3) that act and transform progenitor cells.

α-Ketoglutarate preserves an HPC undifferentiated state, and galectin-3 maintains HPC stemness, expansion, and aggressiveness. "Blocking galectin-3 can block the cross-talk between these cells thereby reducing tumourigenesis", a finding that could have therapeutic implications, explains the author.