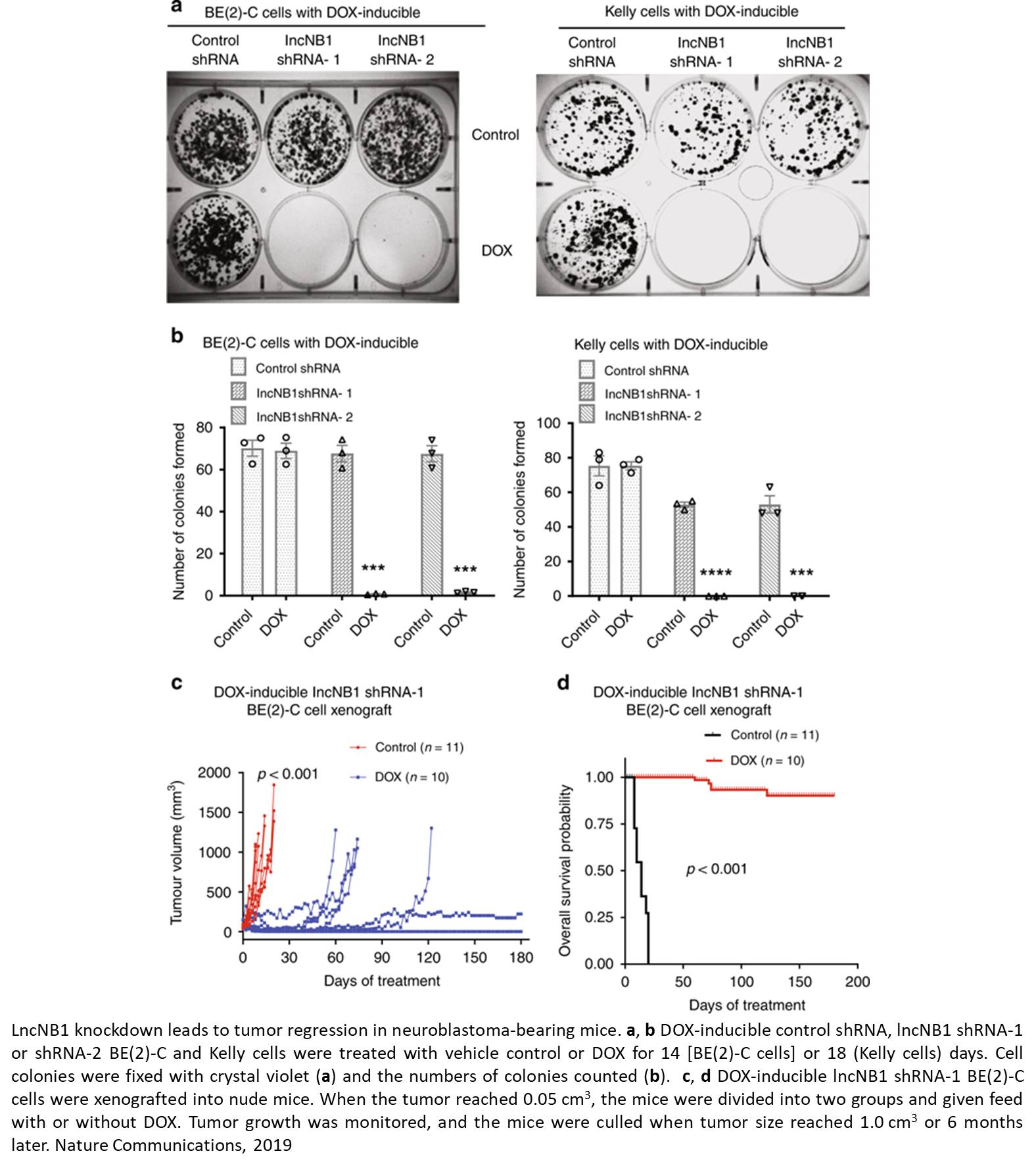 A research effort has broken fresh ground in the race to find more effective treatments for the childhood cancer neuroblastoma, by uncovering a new and as-yet unexploited target in cancer cells that therapeutic drugs can be aimed at.

Neuroblastoma kills more children under the age of 5 than any other cancer. One of the factors that makes neuroblastoma 'high risk' in a child is high levels of a molecule known as the MYCN oncogene. But despite knowing the importance of MYCN, scientists have not found a drug capable of targeting it and cancelling out its effects. Instead, the focus has been on finding molecules that work hand-in-hand with MYCN, that may prove easier to target.

The new research published in Nature Communications, has identified one such target molecule. By analysing hundreds of tumor samples of children with neuroblastoma, the researchers found that high levels of a long non-coding RNA (called 'lncNB1') is a marker of poor prognosis; in other words, children whose tumors have high levels of lncNB1 tend to do worse than other children with neuroblastoma. Excitingly, the scientists were not only able to show that lncNB1 actively promotes the growth and survival of neuroblastoma cells, but also that 'knocking down' or inhibiting the expression of this molecule causes neuroblastoma cells to die, and tumours to stop growing and regress in mice with the disease.

"This research opens the door to developing new targeted therapies that we hope can proceed to clinical trial in children with high-risk neuroblastoma," said the senior author. "Targeted therapies are designed to specifically target cancer cells and not healthy cells, and so are much safer as well as more effective than conventional chemotherapy. They represent a significant step forward and are the way of the future."

In the last few decades, a number of protein-coding genes have been shown to work closely with MYCN to promote the aggressive growth of tumours. However, very little is known about the role of long non-coding RNA molecules in MYCN-driven cancers. As well as uncovering the role of lncNB1, the current study also found that several other long non-coding RNAs are over-expressed in MYC-driven neuroblastoma cells, raising the possibility that more therapeutic targets could be identified in the near future.

"Continued dedicated research will lead to the development of improved treatments for children with cancer," said the senior author. "Ultimately, this means we will not only be able to cure more children, but also give survivors a higher quality of life." Cxcl9l and Cxcr3.2 regulate recruitment of osteoclast progenitors to bone matrix in a medaka oste…