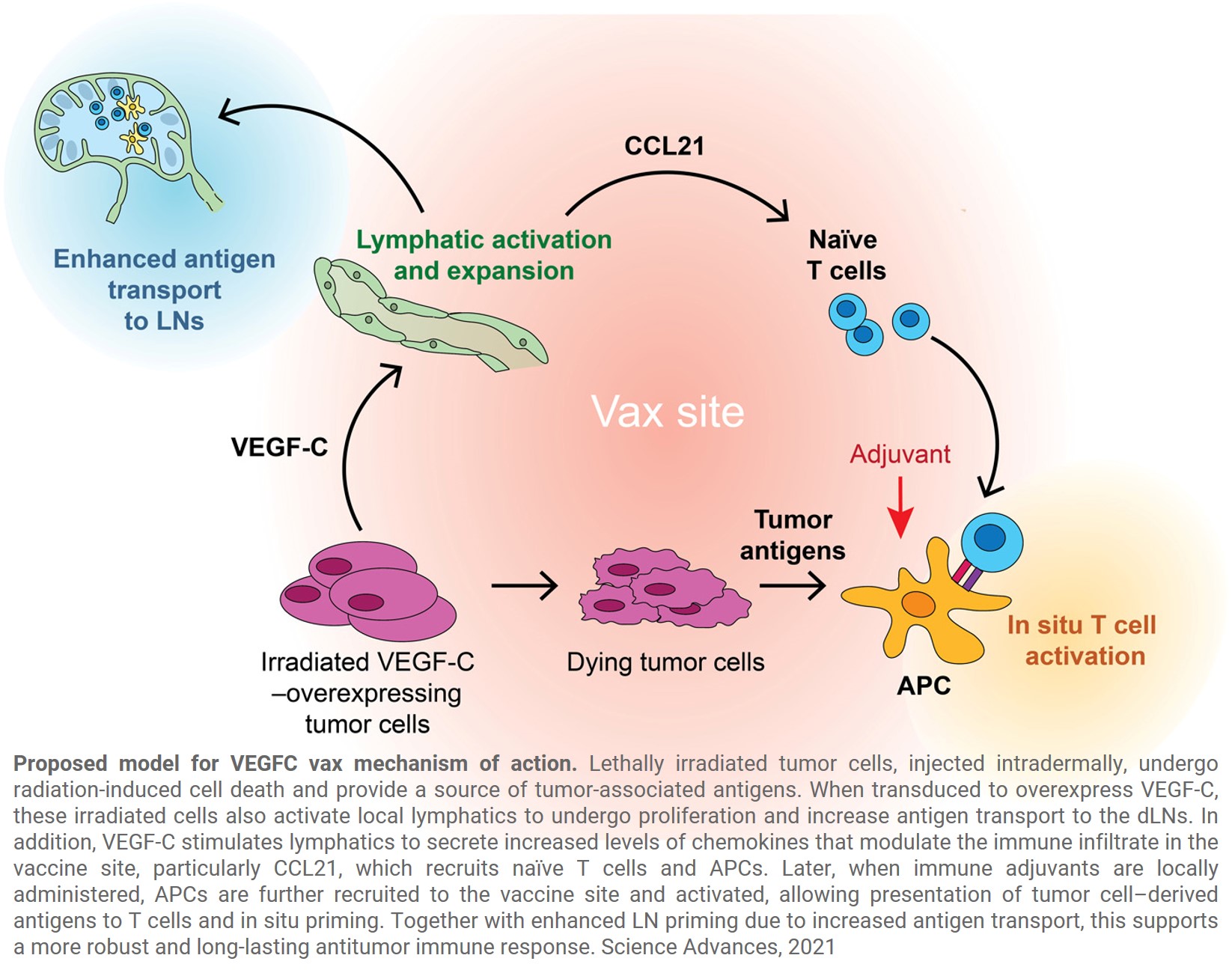 Immunotherapy, which recruits the body's own immune system to attack cancer, has given many cancer patients a new avenue to treat the disease.

But many cancer immunotherapy treatments can be expensive, have devastating side effects, and only work in a fraction of patients.

Researchers have developed a new therapeutic vaccine that uses a patient's own tumor cells to train their immune system to find and kill cancer.

The vaccine, which is injected into the skin just like a traditional vaccine, stopped melanoma tumor growth in mouse models. It even worked long-term, destroying new tumors long after the therapy was given.

The results were published in the journal Science Advances.

In many ways, the vaccine works like a traditional flu vaccine: it uses a less-potent version of the pathogen (here, a patient's own cancer cells, which are lethally irradiated before injection) to train the immune system to fight the disease.

However, rather than a preventive measure, this is a therapeutic vaccine, meaning it activates the immune system to destroy cancer cells anywhere in the body. To create it, the team used melanoma cells from mice and then engineered them to secrete vascular endothelial growth factor C (VEGF-C).

VEGF-C causes tumors to strongly associate with the body's lymphatic system, which is normally considered bad for the patient, since it can promote metastasis. But the team recently found that when tumors activate surrounding lymphatic vessels, they are much more responsive to immunotherapy and promote "bystander" T cell activation, leading to a more robust and long-lasting immune response.

The team then had to figure out how to harness the benefits of lymphatic activation in a therapeutic strategy while avoiding the potential risks of metastasis.

The first author of the paper, tested many different strategies before settling on the vaccine approach, which allowed immune "training" in a site distant from the actual tumor.

The strategy of using a patient's own irradiated tumor cells in a therapeutic vaccine had previously been established by the Novartis Institutes for BioMedical Research. The team developed GVAX, a cancer vaccine that has been shown safe in clinical trials. In the current study the authors  decided to try this approach with VEGF-C rather than the cytokine used in GVAX. They dubbed the strategy "VEGFC-vax."

After engineering the cells to express VEGF-C, the research team irradiated them, so they would die within a few weeks. When they injected the cells back into the skin of mice, they found that the dying tumor cells could attract and activate the immune cells, which then could recognize and kill the actual tumor cells growing on the opposite side of the mouse. Since each tumor has its own unique signature of hundreds of molecules that the immune system can recognize, the vaccine promoted a broad, robust immune response.

That led to the prevention of tumor growth in all of the mice. It also led to immunological memory, preventing new tumor growth when tumor cells were re-introduced 10 months later.

"This shows that the therapy may provide long-term efficacy against metastasis and relapse," said the senior author.

Conceptually, this is the first strategy to exploit the benefits of local lymphatic vessel activation for more robust and specific immune response against tumor cells.

Unlike immunotherapeutic strategies that stimulate the immune system in a general way, such as checkpoint blockade or the many cytokines currently in preclinical development, this new immunotherapy activates only tumor-specific immune cells. Theoretically, this would avoid common side effects of immune stimulants, including immunotoxicity and even death.

And while many other cancer immunotherapies, such as CAR-T cell therapy, are tumor-specific, these strategies only work against tumor cells that express specific pre-identified tumor markers called antigens. Cancer cells can eventually overcome such treatments by shedding these markers or mutating, for example.

VEGFC-vax, however, can train immune cells to recognize a large number and variety of tumor-specific antigens. More importantly, these antigens do not need to be identified ahead of time.

The researchers are working to test this strategy on breast and colon cancers and think it could theoretically work on any type of cancer. They hope to ultimately take this therapy to clinical trials.

"We think this has huge promise for the future of personalized cancer immunotherapy," the author said.