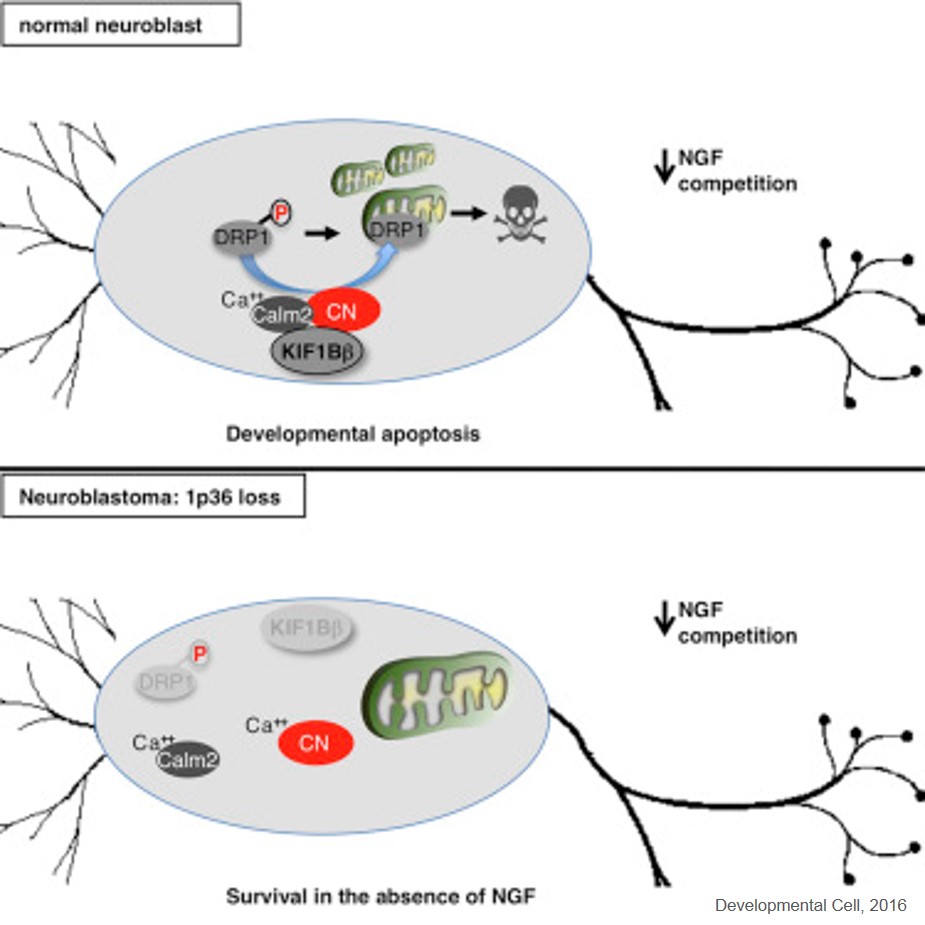 Neuroblastoma is the third most common type of tumor in children. Its aggressive nature and the frequency of metastatic disease at diagnosis contribute to the fact that neuroblastoma accounts for almost 15 per cent of childhood cancer fatalities. For the past two decades a region on chromosome 1 that is often missing in neuroblastoma cells has been thought to harbor an important tumor suppressor gene.

Neuroblastoma tumours originate from the same transient progenitor cells -- neural crest cells -- that give rise to the nervous system along with other tissues. Members of some families are at higher risk than others to develop tumors that originate from these cells due to mutations in specific genes. The research team behind the new study previously discovered that genes mutated in some of the tumors play a central role in determining whether neural crest cells live or die.

Neural crest cells that should ordinarily have succumbed to programmed cell death escape that fate when KIF1B-β is lost. Later in life, the cells might develop into cancer cells.

In the current study, the investigators describe the mechanisms by which KIF1B-β causes cell death. They found that KIF1B-β affects the cells´ power stations, the mitochondria, by activating an enzyme named calcineurin.

Researchers show that a critical signal required to induce cell death by fragmenting the mitochondria is compromised by the loss of KIF1B-β. By examining neuroblastoma tumors biopsied from patients, the researchers demonstrate that loss of KIF1B-β is associated with poor prognosis and reduced survival.

The team also demonstrates a general mechanism that can explain how calcium-dependent signalling by calcineurin is executed. They show that KIF1Bβ affects mitochondrial dynamics through CN-dependent dephosphorylation of Dynamin-related protein 1 (DRP1), causing mitochondrial fission and apoptosis.

Furthermore, KIF1Bβ actuates recognition of all known CN substrates, implying a general mechanism for KIF1Bβ in Ca2+ signaling and how Ca2+-dependent signaling is executed by CN.

Pathogenic KIF1Bβ mutations previously identified in neuroblastomas and pheochromocytomas all fail to activate CN or stimulate DRP1 dephosphorylation. This is a significant finding because the loss of control of calcineurin signalling seems to play a role in many diseases, including neurodegenerative disease, cardiac disease and cancers.

"We conclude that KIF1B-β plays a key role in the decision between life and death for neural crest cells and tumours originating from the neural crest", says the author.