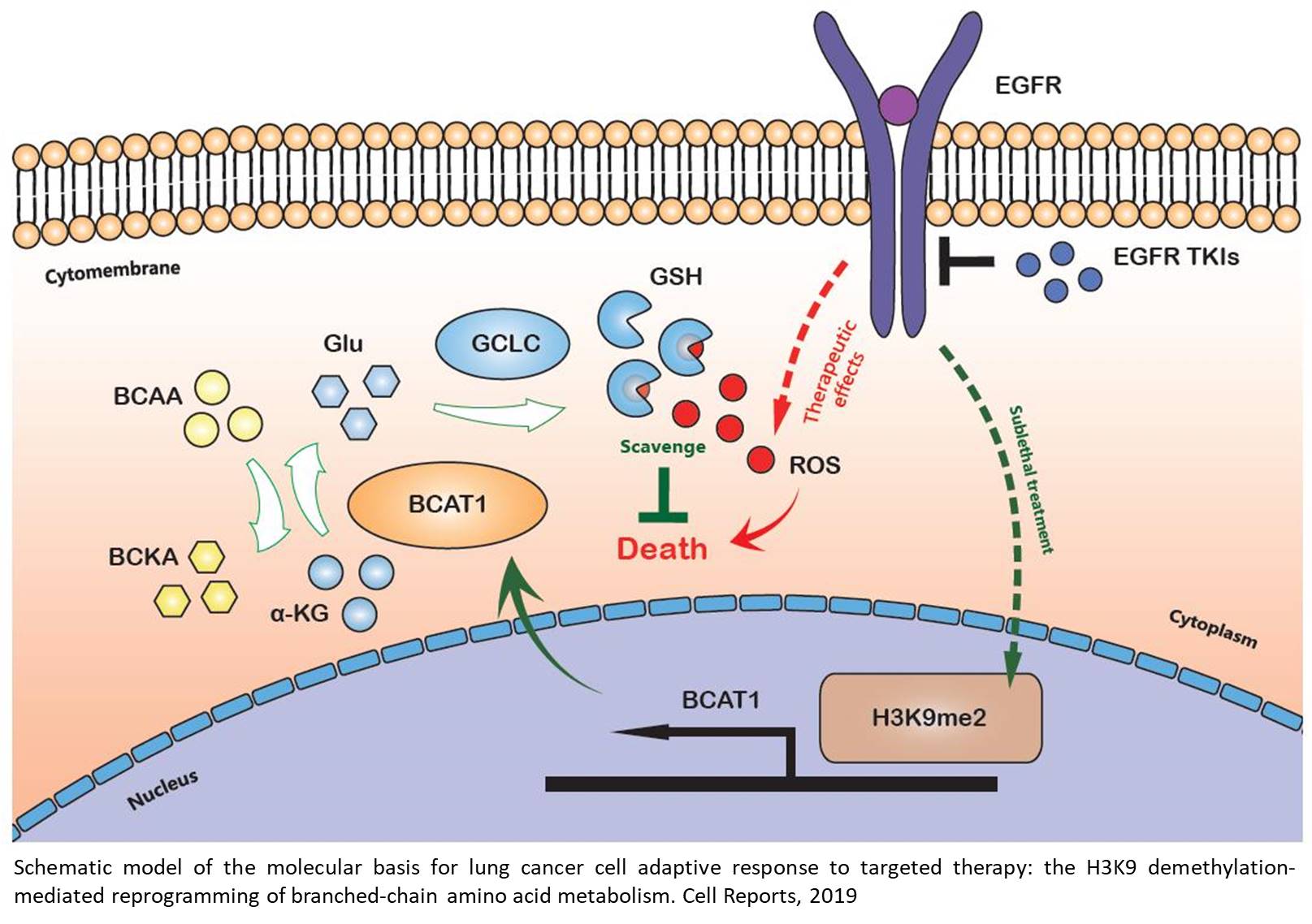 Despite the remarkable success of molecular targeted therapy in recent years, the rapid increase of drug resistance is a major obstacle to effective treatment of lung cancer.

How do lung cancer cells adapt to targeted therapy? What is the molecular basis of such adaptive behavior? Can this adaptive response be memorized by cancer cells? If so, is it heritable? The answers to these questions will provide a deeper understanding of the evolutionary process of drug resistance during molecular targeted therapy.

Such adaptive behavior occurs not only in EGFR-mutant lung cancer, but also in ALK-rearranged lung cancer, thus indicating this phenomenon is not restricted to one lung cancer type.

Not surprisingly, correlation analyses of clinical data showed that high expression of BCAT1 in tumors is associated with an unfavorable therapeutic response to drug treatment and predicts poor patient prognosis.