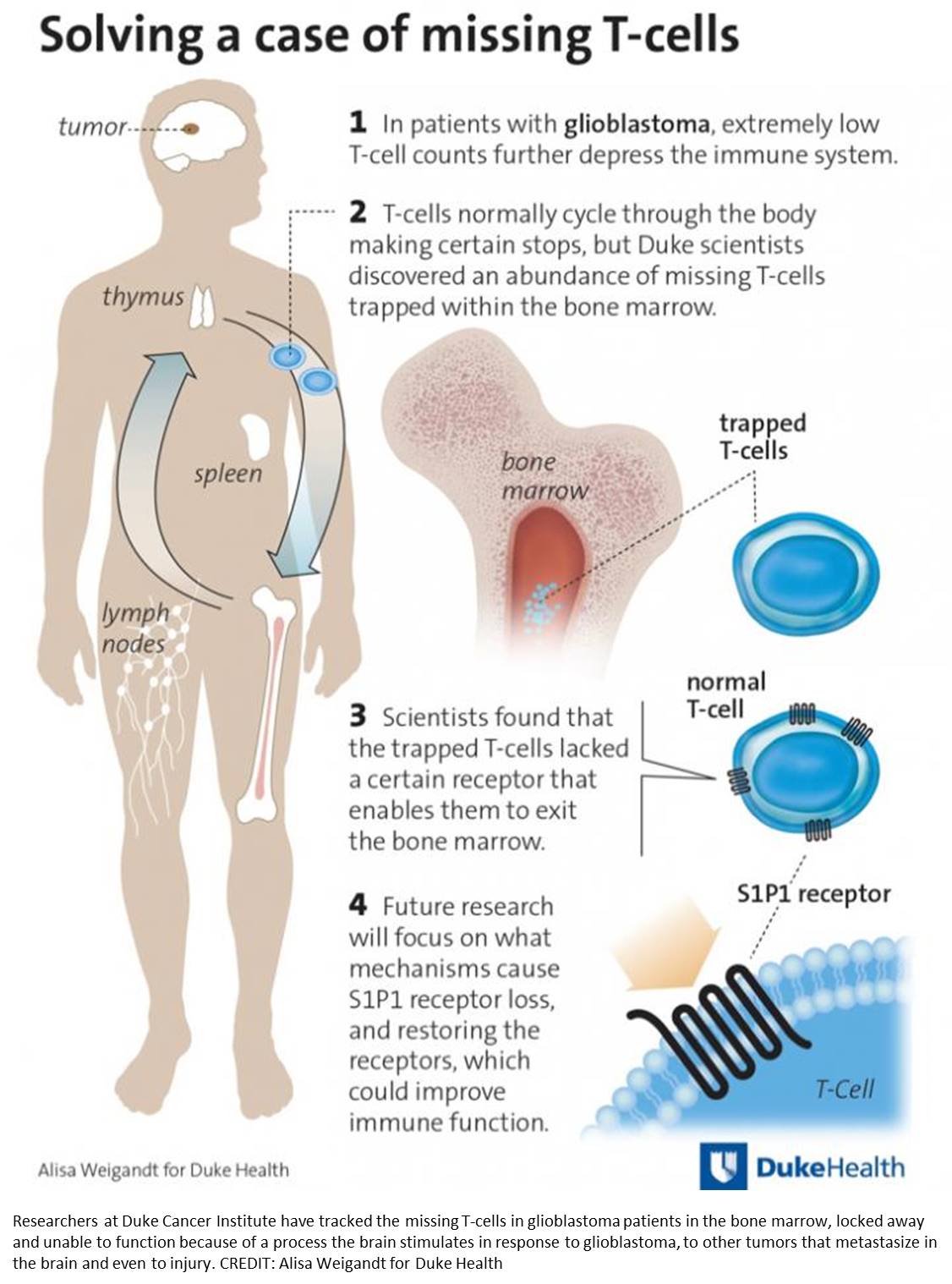 Glioblastoma brain tumors can have an unusual effect on the body's immune system, often causing a dramatic drop in the number of circulating T-cells that help drive the body's defenses.

Where the T-cells go has been unclear, even as immunotherapies are increasingly employed to stimulate the body's natural ability to fight invasive tumors.

Now researchers have tracked the missing T-cells in glioblastoma patients. They found them in abundance in the bone marrow, locked away and unable to function because of a process the brain stimulates in response to glioblastoma, to other tumors that metastasize in the brain and even to injury.

The findings, published in the journal Nature Medicine, open a new area of exploration for adjunct cancer drugs that could free trapped T-cells from the bone marrow, potentially improving the effectiveness of existing and new immunotherapies.

"Part of the problem with all these immunotherapies -- particularly for glioblastoma and other tumors that have spread to the brain -- is that the immune system is shot," said lead author. "If the goal is to activate the T-cells and the T-cells aren't there, you're simply delivering therapy into a black hole."

The research team began its search for the missing T-cells after observing that many newly diagnosed glioblastoma patients have the equivalent immune systems of people with full-blown AIDS, even before they undergo surgery, chemotherapy and radiation.

Where most people have a CD-4 "helper" T-cell count upwards of 700-1,000, a substantial proportion of untreated glioblastoma patients have counts of 200 or less, marking poor immune function that makes them susceptible to all manner of infections and potentially to progression of their cancer.

Initially, the researchers hunted for the missing T-cells in the spleen, which is known to pathologically harbor the cells in certain disease states. But the spleens were abnormally small, as were the thymus glands - another potential T-cell haven. They decided to check the bone marrow to see if production was somehow stymied and instead found hordes of T-cells.

"It's totally bizarre - this is not seen in any disease state," the senior author said. "This appears to be a mechanism that the brain possesses for keeping T-cells out, but it's being usurped by tumors to limit the immune system's ability to attack them."

When examining the stashed T-cells, the authors found that they lacked a receptor on the cell surface called S1P1, which essentially serves as a key that enables them to leave the bone marrow and lymph system. Lacking that key, they instead get locked in, unable to circulate and fight infections, let alone cancer.

The research team is now working to learn exactly how the brain triggers the dysfunction of this S1P1 receptor. The current theory is that the receptor somehow is signaled to retract from the cell surface into the cell interior.

"Interestingly, when we restore this receptor to T-cells in mice, the T-cells leave the bone marrow and travel to the tumor, so we know this process is reversible," the senior author said. The tem is  working to develop molecules that would restore the receptors on the cells' surface. 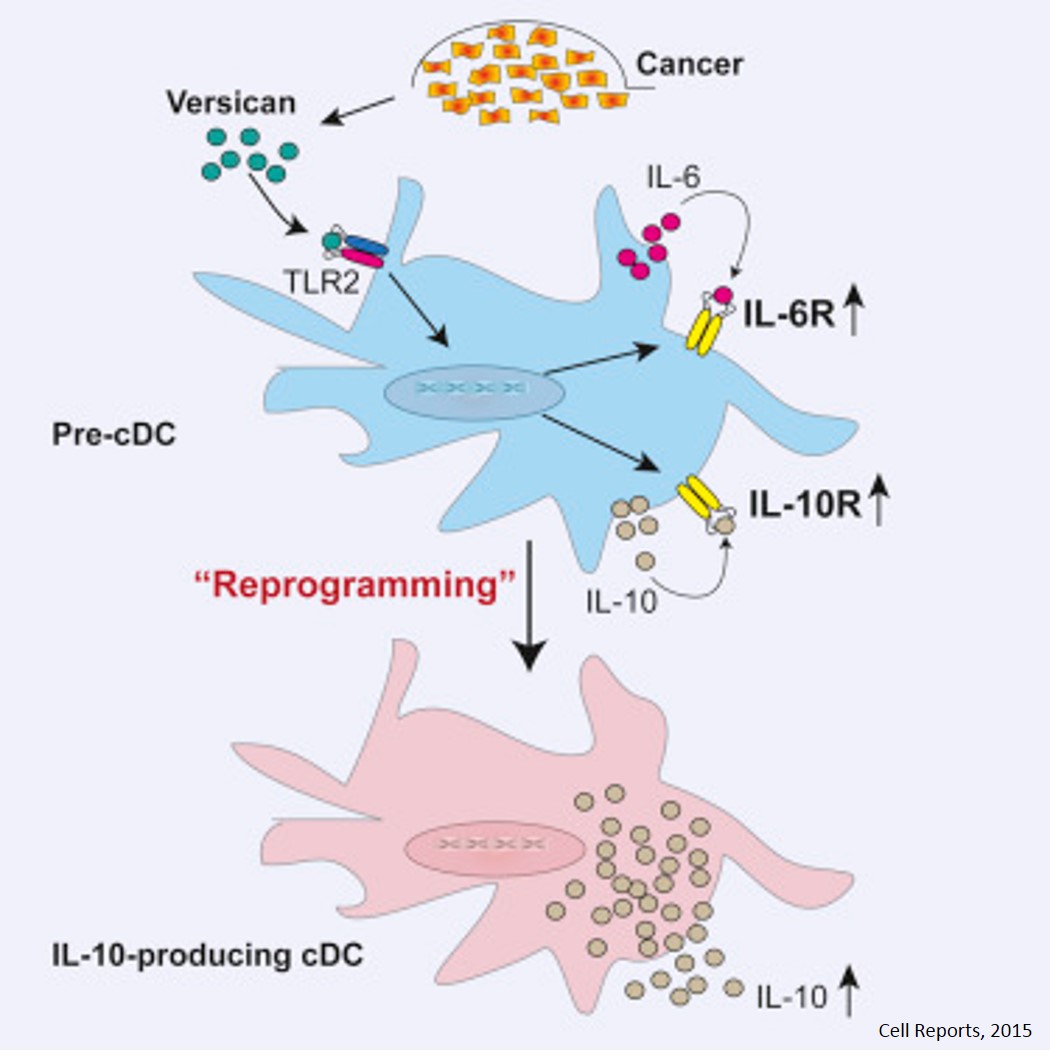