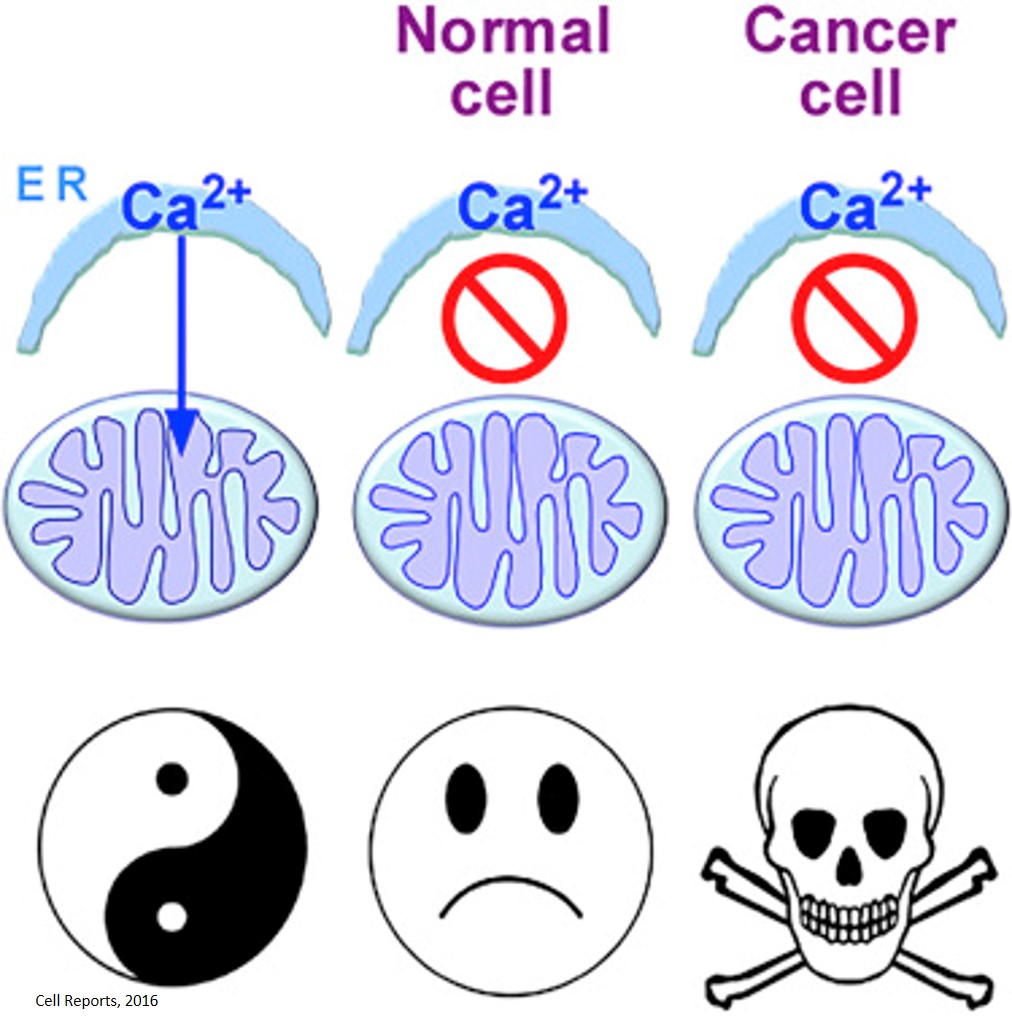 Inositol 1,4,5-trisphosphate receptors (InsP3Rs) are a ubiquitous family of Ca2+release channels present primarily in the ER. Ca2+ release through the InsP3R regulates numerous cell functions, including transcription, proliferation, secretion, and motility, among others.

Low-level constitutive InsP3R-mediated Ca2+ release is essential for maintaining basal levels of OXPHOS and ATP production in a wide variety of cell types. In the absence of constitutive ER-to-mitochondrial Ca2+-transfer, ATP levels fall and AMPK-dependent, mTOR (mammalian target of rapamycin)-independent autophagy is induced as an essential survival mechanism.

A hallmark feature of cancer cells is a re-programming of their metabolism, even when nutrients are available. All major tumor suppressors and oncogenes have connections with metabolic pathways. Warburg suggested that cancer originates from irreversible injury in mitochondria, followed by a compensatory increase of glycolysis, but increasing evidence indicates that mitochondrial function is essential for cancer cells.

A continuous supply of metabolic intermediates from the TCA cycle fuels lipid, nucleic acid, and protein biosynthesis and provides redox power essential for cancer cell proliferation. Many tumor cells require OXPHOS to maintain growth and for the majority of their ATP production. Mutations in OXPHOS genes are tumorigenic, and mitochondrial inhibitors have antitumor activity.

Whereas autophagy was sufficient for survival of normal cells, it was insufficient in cancer cells, which responded strikingly with massive death, while their normal counterparts were spared.

Cell death was caused by necrosis associated with mitotic catastrophe at daughter cell separation during ongoing proliferation of the cancer cells. These findings reveal a fundamental and unexpected dependency on InsP3R-mediated Ca2+ transfer to mitochondria for viability of cancer cells.