Mitochondrial fatty acid oxidation in the regulation of cancer metastasis 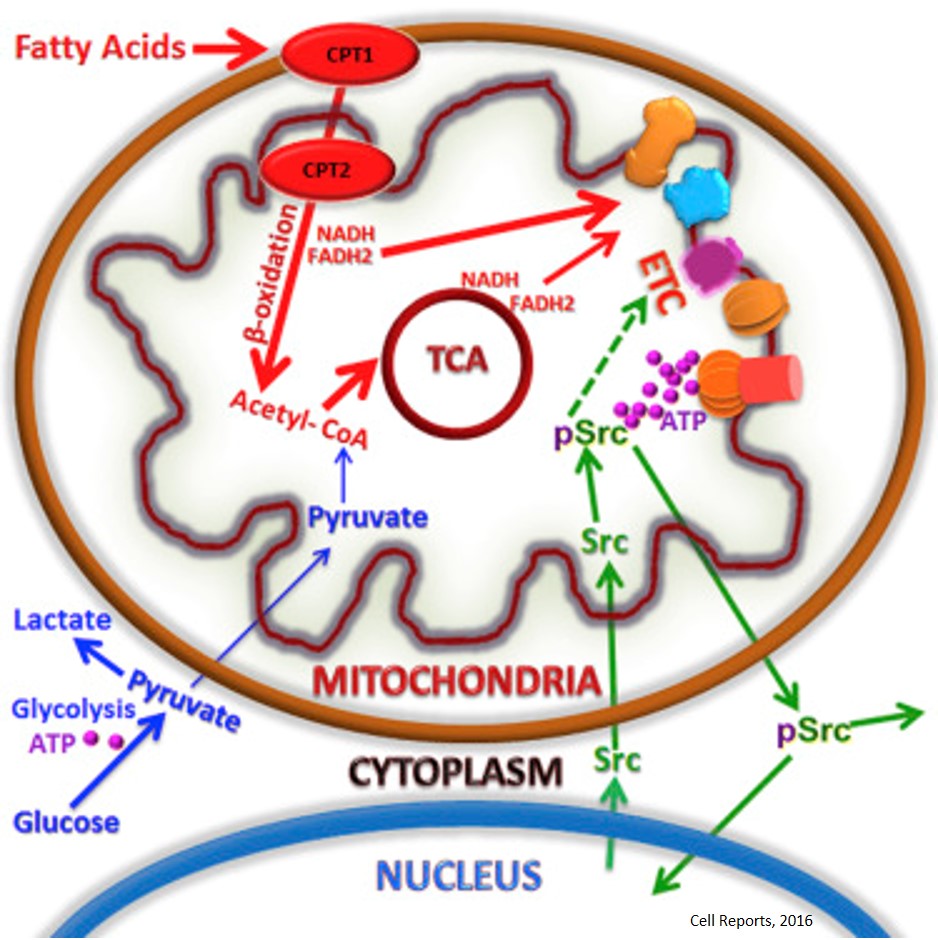 Most of the conventional chemotherapeutic agents, the current clinical standard for TNBC treatment, generally kill cells by activating mitochondrial apoptosis. Thus, understanding MRR and the mitochondria-mediated oncogenic signature is critical to improve understanding of the currently limited known etiology and treatment resistance of TNBC.

c-Src is a proto-oncogene involved in signaling that culminates in the control of multiple biological functions. . The Src pathway is one of the most commonly upregulated pathways in TNBC. initial clinical studies using Src inhibitor monotherapy in unselected patients with advanced BC showed only minor response. elucidating how aberrant Src activation occurs in the cancer cells and which mechanisms fuel this process would be of utmost interest in the cancer field.

Researchers use cybrid technology, BC cell line, PDX models, and BC patient data to understand the role of energy reprogramming in metastatic TNBC and its significance in the regulation of tumor properties via the activation of Src cancer pathway. The results showed that metastatic TNBC maintains high levels of ATP through fatty acid β oxidation (FAO) and activates Src oncoprotein through autophosphorylation at Y419.

Manipulation of FAO including the knocking down of carnitine palmitoyltransferase-1A (CPT1) and 2 (CPT2), the rate-limiting proteins of FAO, and analysis of patient-derived xenograft models confirmed the role of mitochondrial FAO in Src activation and metastasis.

Analysis of TCGA and other independent BC clinical data further reaffirmed the role of mitochondrial FAO and CPT genes in Src regulation and their significance in BC metastasis.