Mitochondrial lipid metabolism is involved in resistance to immunotherapy 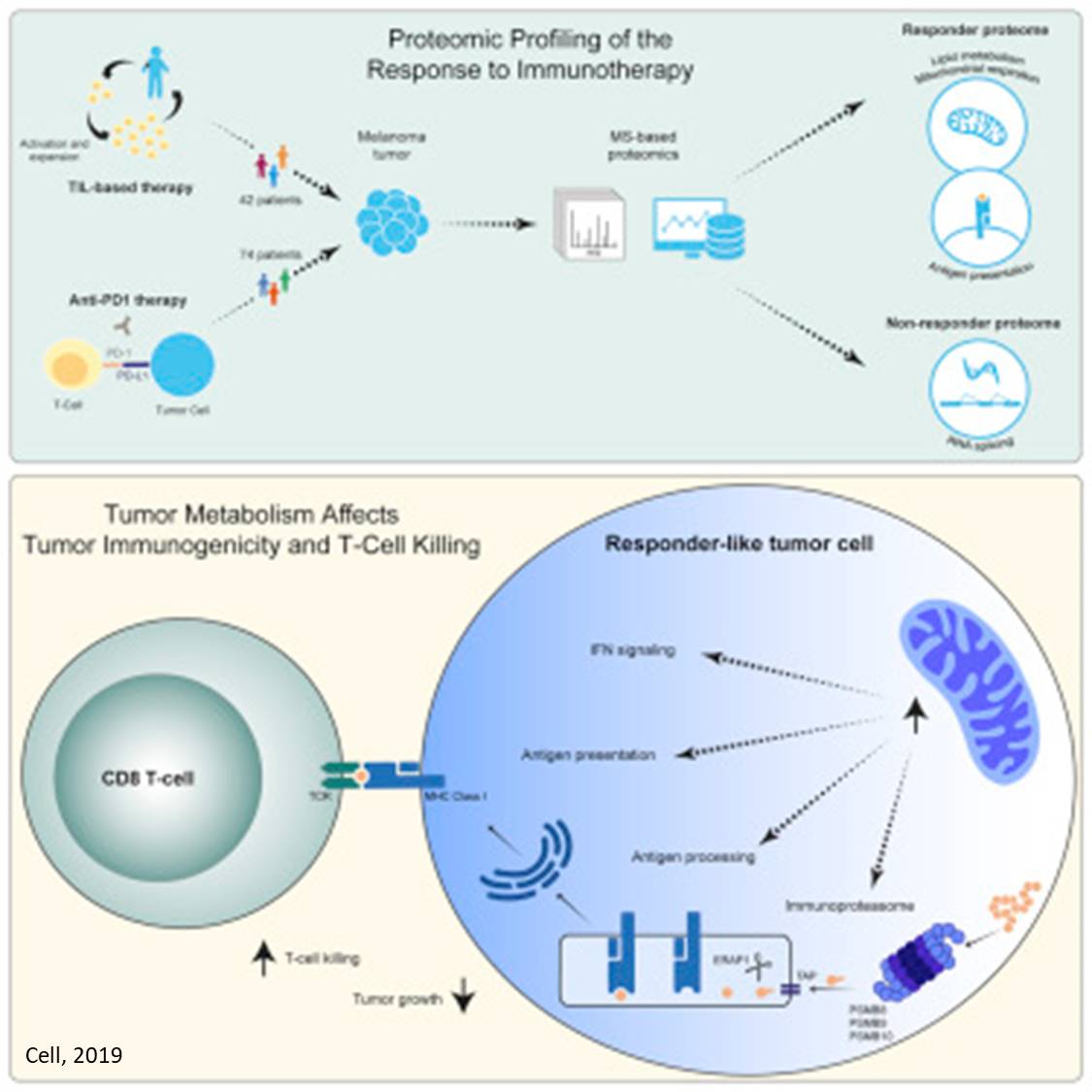 Researchers say they have discovered why more than half of patients with metastatic melanoma do not respond to immunotherapy cancer treatments.

Wielding proteomics, an innovative "protein mapping" approach, a team of researchers have answered the burning question: Why do immunotherapy treatments greatly help some patients with melanoma but not affect 60 percent of metastatic melanoma patients?

"In recent years, a variety of cancer immunotherapy therapies have been used, therapies that strengthen the anti-cancer activity of the immune system," explains the senior author. "These treatments have been shown to be highly effective for some patients and have revolutionized oncology. However, many patients do not respond to immunotherapy, and it is critical to understand why.
"Can we predict who will respond? Can we alter treatment in order to increase responses? In our research, we focused on metastatic melanoma, a devastating disease that until recently had no efficient treatments. It was clear to us that pre-treatment samples from responders and non-responders would be key."

The proteomic comparison identified major differences between responders and non-responders to immunotherapy. "In the responders, we found higher levels of proteins associated with mitochondrial lipid metabolism, which led to better recognition by the immune system," says the author.

The researchers then examined their findings in melanoma tissue cultures and a mouse model of metastatic melanoma.Using genetic engineering, they were able to silence the mechanism responsible for fatty acid metabolism.

"We found that upon silencing this metabolic pathway, the cancer cells manage to 'hide' from T-cells that are supposed to detect and destroy them," says the author. "As a result, cancer in these mice developed at a faster rate compared to the control group.

"In our study, we identified a significant difference between melanoma patients who live for years thanks to immunotherapy, and patients who are not at all affected by the treatment."

"These findings can also be relevant to many other malignancies," adds the senior author. "Now, in subsequent studies, we are looking for ways to improve the response to immunotherapy and expand the circle of patients who benefit from it. In addition, we are looking for a method that will allow clinicians to anticipate which patients will respond to treatments."

Cells talk to their neighbors before making a move