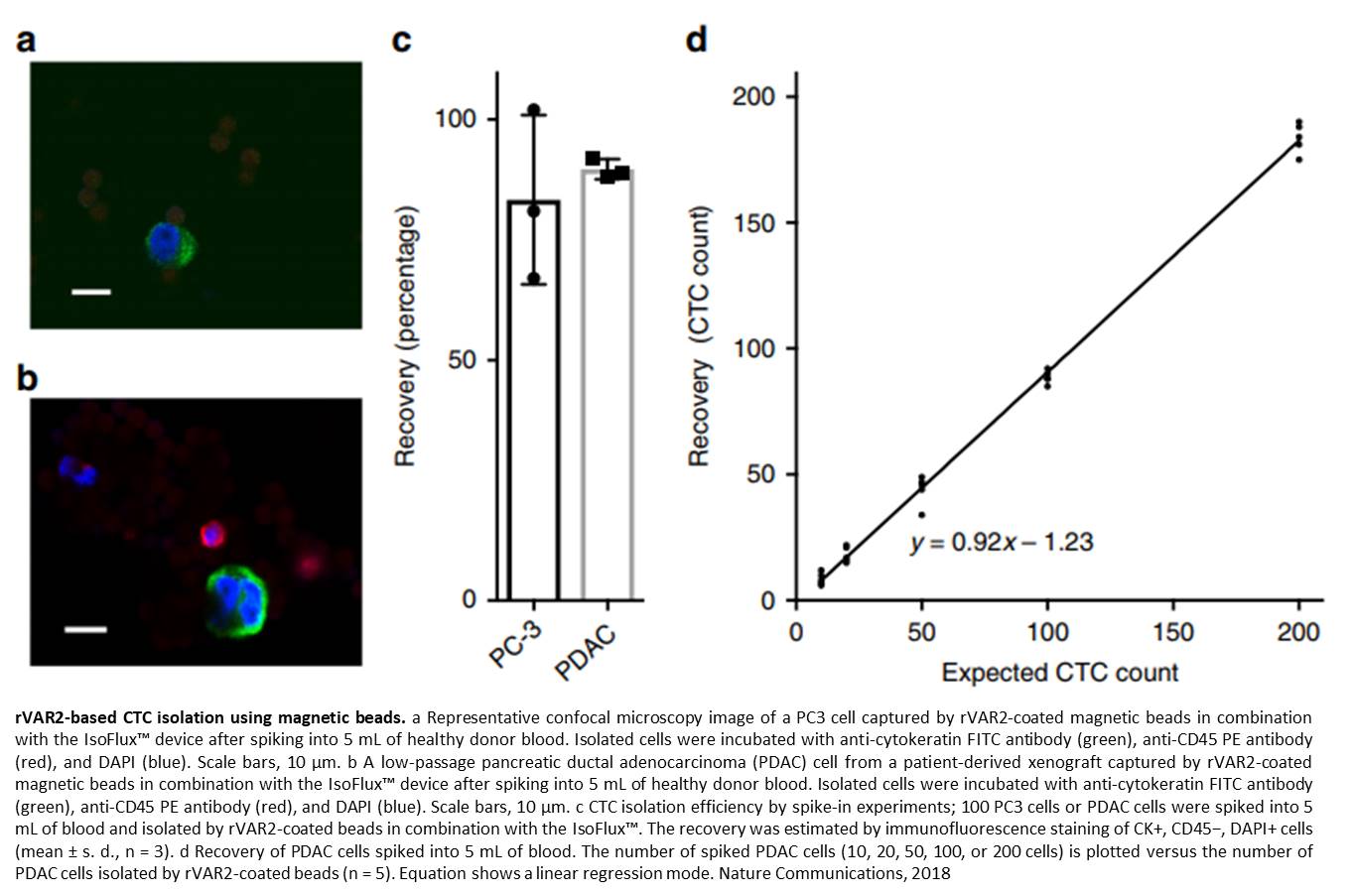 In a spectacular new study, researchers have discovered a method of diagnosing a broad range of cancers at their early stages by utilizing a particular malaria protein, which sticks to cancer cells in blood samples. The researchers hope that this method can be used in cancer screenings in the near future.

Each year, cancer kills approximately nine million people worldwide, and early diagnosis is crucial to efficient treatment and survival. Now, researchers have come up with a new method of diagnosing cancer in its early stages in humans by way of a malaria protein - VAR2CSA - which sticks to cancer cells. All the scientists need to determine whether or not a person has cancer is a blood sample.

"We have developed a method where we take a blood sample and with great sensitivity and specificity, we're able to retrieve the individual cancer cells from the blood. We catch the cancer cells in greater numbers than existing methods, which offers the opportunity to detect cancer earlier and thus improve outcome. You can use this method to diagnose broadly, as it's not dependent on cancer type. We have already detected various types of cancer cells in blood samples. And if there is a cancer cell in your blood, you have a tumor somewhere in your body," says the joint author of the study, which has just been published in the scientific journal, Nature Communications.

Today, there are several ways of detecting cancer cells in blood. Most of them are based on a particular marker, which is found on the surface of tumor cells. However, not all tumor cells display this marker, which renders these methods unable to detect tumor cells spread to other organs such liver, lung and bones, as opposed to the method based on the malaria protein.

A few years ago, researchers discovered a new method of treating cancer with the protein VAR2CSA, which is produced by malaria parasites. And these discoveries have formed the basis of the research group's new method of diagnosis. Among other things, they have shown that the malaria protein sticks to a specific sugar molecule, which is found in more than 95 percent of all types of cancer cells. In other words, this new method of diagnosis can be used to detect practically all types of cancer.

A cancerous tumor consists of several different cancer cells, some of which spread by wandering through the tissue and into the blood. These cancer cells in the blood are called circulating tumour cells, and they can develop into metastases, which cause up to 90 percent of all cancer-related deaths. If cancer originating in the lungs spreads to the brain, it is called brain metastasis.

"We count the number of cancer cells and based on that we're able to make a prognosis. You can, for example, decide to change a given treatment if the number of circulating tumour cells does not change during the treatment the patient is currently undergoing. This method also enables us to retrieve live cancer cells, which we can then grow and use for testing treatments in order to determine which type of treatment the patient responds to," says joint author of the study.

The researchers have already come a long way in following up on their results in terms of a large clinical study where many more patients with cancer of the pancreas have been tested using this method. "We found strikingly high numbers of circulating tumor cells in every single patient with pancreatic cancer, but none in the control group," says another author of the study.

The researchers envision being able to use the method to screen people at high risk of developing cancer in the future. However, they also expect that this method can be used as a biomarker indicating whether a patient with mostly vague symptoms indeed has cancer or not. This will enable doctors to determine the stage the disease is at.

"Today, it's difficult to determine which stage cancer is at. Our method has enabled us to detect cancer at stages one, two, three and four. Based on the number of circulating tumor cells we find in someone's blood, we'll be able to determine whether it's a relatively aggressive cancer or not so then to adjust the treatment accordingly," explains the author who adds that a much larger clinical study is needed before firm correlations to tumor staging can be made.