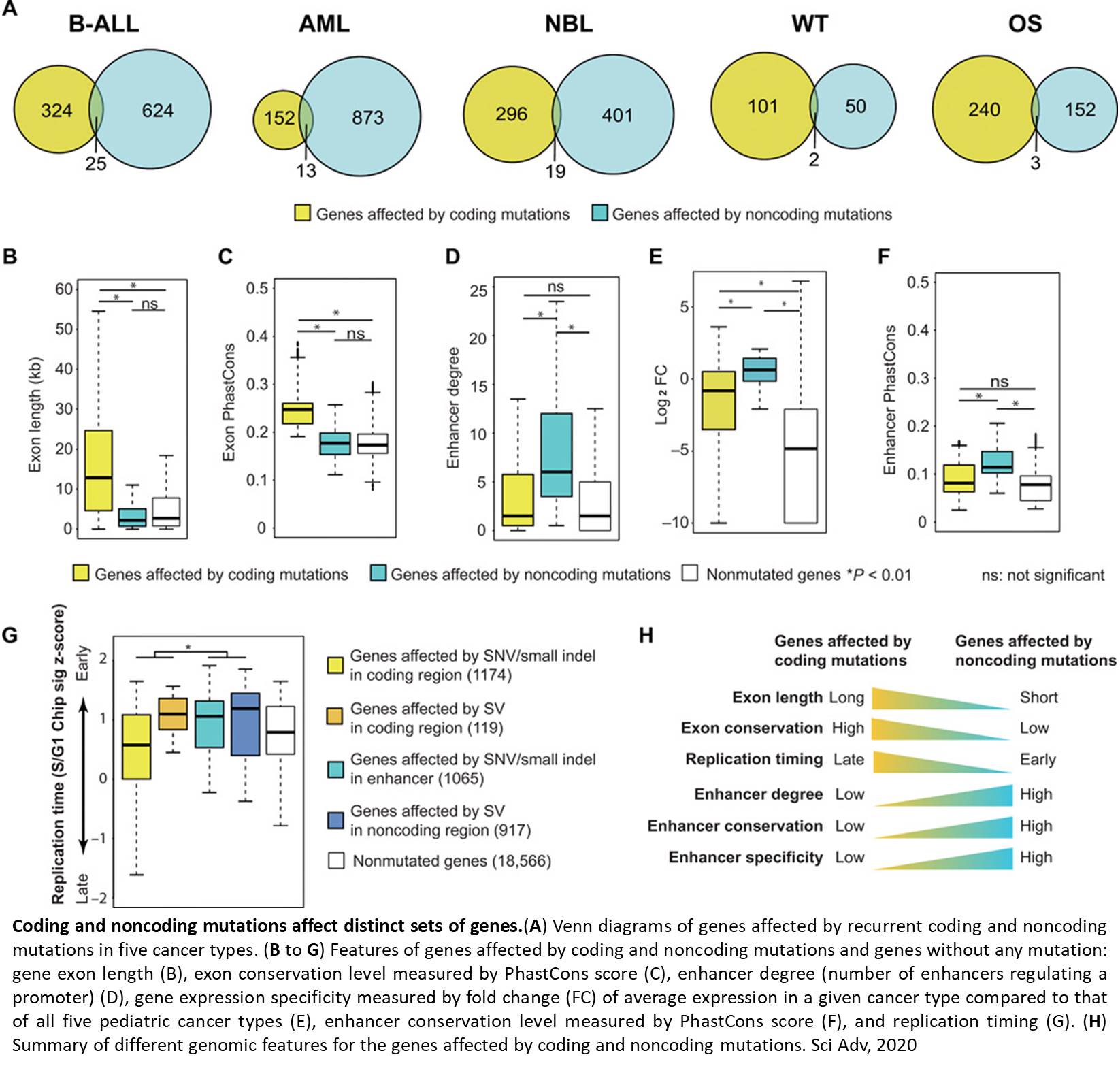 Researchers have developed a new computational algorithm that has, for the first time, identified a spectrum of mutations in the noncoding portion of the human genome across five major pediatric cancers. The study, which was published in Science Advances, used the algorithm to analyze more than 500 pediatric cancer patients' mutations and gene expression profiles to develop a comprehensive list of potentially cancer-causing mutations.

"Noncoding mutations are very important because the noncoding portion of the genome typically regulates how genes are turned on and off, much like a control switch, which has implications for the uncontrolled growth that occurs in cancer," said the senior author of the study. "However, these regions are also challenging to study, and our knowledge about them not as developed as that of coding regions. Our computational model has identified a set of targets in pediatric cancers that we hope to study further and eventually move to clinical practice."

Previous studies on noncoding mutations have focused on single nucleotide variants and small indels, which are insertions or deletions of bases in the genome that are relatively short in length. However, structural variants are regions of DNA much larger in size - 1 kilobase or larger - a quality that makes them more difficult to identify but also more likely to contribute to changes in gene regulation that lead to cancer.

Using PANGEA, the researchers found that structural variants are indeed the most frequent cause of potentially cancer-causing mutations and identified 1,137 structural variants that affect the expression of more than 2,000 genes across the five pediatric cancer types.

"Our results highlight the need for comparative analysis of both coding and noncoding mutations, which might reveal novel cancer-related genes and pathways," said the author. "Identifying putative mutations is a starting point that will facilitate experimental work to validates these predictions."