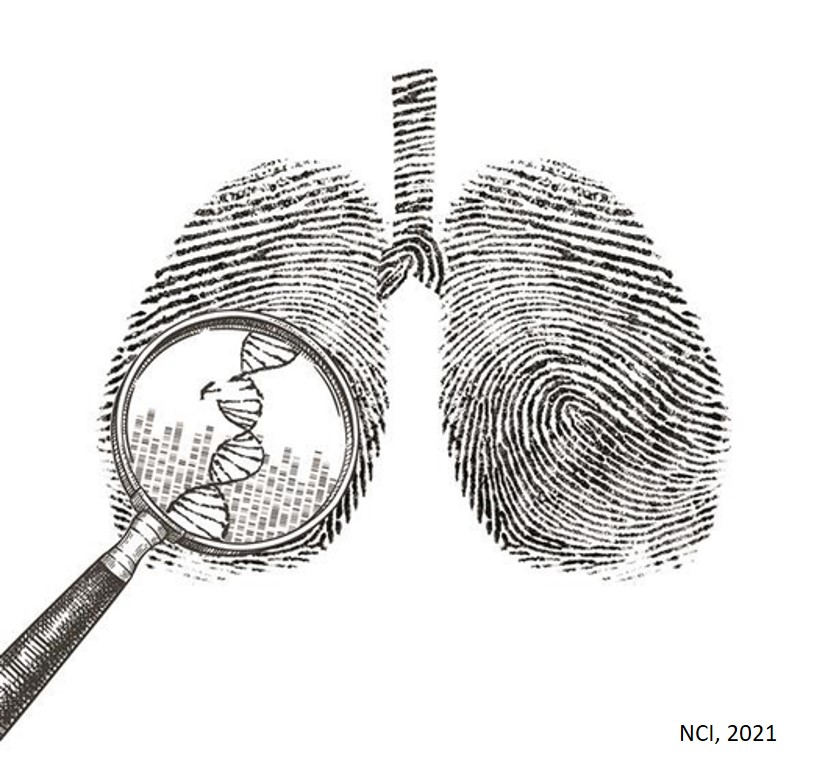 A genomic analysis of lung cancer in people with no history of smoking has found that a majority of these tumors arise from the accumulation of mutations caused by natural processes in the body. This study was conducted by an international team and describes for the first time three molecular subtypes of lung cancer in people who have never smoked.

These insights will help unlock the mystery of how lung cancer arises in people who have no history of smoking and may guide the development of more precise clinical treatments. The findings were published, in Nature Genetics.

“What we’re seeing is that there are different subtypes of lung cancer in never smokers that have distinct molecular characteristics and evolutionary processes,” said the study lead. “In the future we may be able to have different treatments based on these subtypes.”

Environmental risk factors, such as exposure to secondhand tobacco smoke, radon, air pollution, and asbestos, or having had previous lung diseases, may explain some lung cancers among never smokers, but scientists still don’t know what causes the majority of these cancers.

In this large epidemiologic study, the researchers used whole-genome sequencing to characterize the genomic changes in tumor tissue and matched normal tissue from 232 never smokers, predominantly of European descent, who had been diagnosed with non-small cell lung cancer. The tumors included 189 adenocarcinomas (the most common type of lung cancer), 36 carcinoids, and seven other tumors of various types. The patients had not yet undergone treatment for their cancer.

The researchers combed the tumor genomes for mutational signatures, which are patterns of mutations associated with specific mutational processes, such as damage from natural activities in the body (for example, faulty DNA repair or oxidative stress) or from exposure to carcinogens. Mutational signatures act like a tumor’s archive of activities that led up to the accumulation of mutations, providing clues into what caused the cancer to develop.

As expected, because the study was limited to never smokers, the researchers did not find any mutational signatures that have previously been associated with direct exposure to tobacco smoking. Nor did they find those signatures among the 62 patients who had been exposed to secondhand tobacco smoke. However, the authors cautioned that the sample size was small and the level of exposure highly variable.

“We need a larger sample size with detailed information on exposure to really study the impact of secondhand tobacco smoking on the development of lung cancer in never smokers,” the author said.

The genomic analyses also revealed three novel subtypes of lung cancer in never smokers, to which the researchers assigned musical names based on the level of “noise” (that is, the number of genomic changes) in the tumors. The predominant “piano” subtype had the fewest mutations; it appeared to be associated with the activation of progenitor cells, which are involved in the creation of new cells. This subtype of tumor grows extremely slowly, over many years, and is difficult to treat because it can have many different driver mutations. The “mezzo-forte” subtype had specific chromosomal changes as well as mutations in the growth factor receptor gene EGFR, which is commonly altered in lung cancer, and exhibited faster tumor growth. The “forte” subtype exhibited whole-genome doubling, a genomic change that is often seen in lung cancers in smokers. This subtype of tumor also grows quickly.

“We’re starting to distinguish subtypes that could potentially have different approaches for prevention and treatment,” said the author. For example, the slow-growing piano subtype could give clinicians a window of opportunity to detect these tumors earlier when they are less difficult to treat. In contrast, the mezzo-forte and forte subtypes have only a few major driver mutations, suggesting that these tumors could be identified by a single biopsy and could benefit from targeted treatments, she said.

A future direction of this research will be to study people of different ethnic backgrounds and geographic locations, and whose exposure history to lung cancer risk factors is well described.