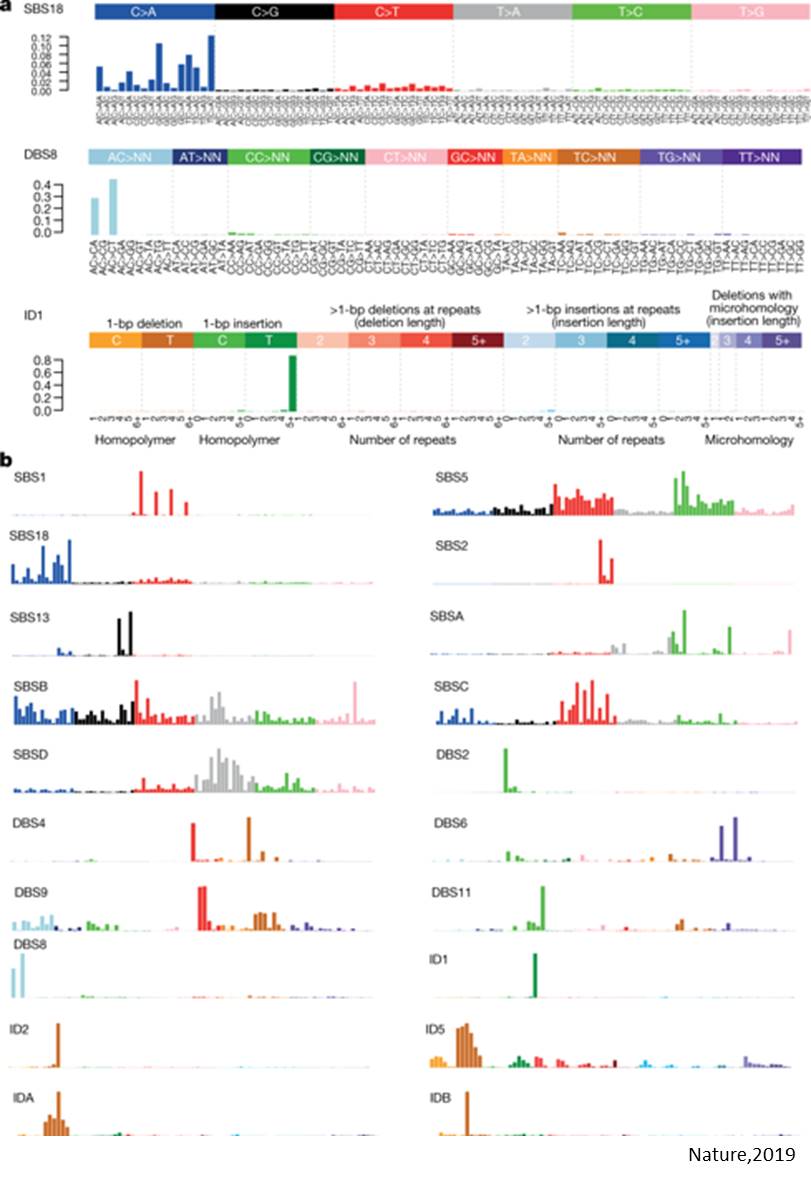 The hidden world of genetic changes, or mutations, in healthy colon tissue has been uncovered by scientists. The team developed technology to sequence the genomes of small numbers of colon cells, allowing them to study genetic mutations in unprecedented detail. Researchers found complex patterns of mutations, including changes in cancer genes, and a huge variability of mutations both within and between people.

The results published in Nature, will help researchers understand how a healthy cell becomes a cancerous one, shedding light on the very earliest stages of colon cancer.

Cancer is a genetic disease, caused by genetic mutations in specific genes that can give a cell an advantage over its neighbors. With enough mutations in certain genes, a cell may become cancerous and divide uncontrollably to form a tumor.

Over the last 40 years, these cancer-driving mutations have been identified and mapped out in tumor tissue. Due to technical limitations, it has previously not been possible to identify them in healthy tissue, which is crucial to understanding the first steps towards cancer developing.

In this new study, the researchers developed methods to determine and characterize the genome sequences of healthy colon cells. The team found the very earliest stages of colon cancer development. The cells were morphologically normal, but had distinct patterns of genetic changes, including in important cancer genes.

The first author of the research said: "There is a whole landscape of genetic mutations in our cells that we haven't previously appreciated - we're walking around full of typos. We found mutations that if you saw in a cancer cell, you'd say were causing that cancer. But we found them in healthy colon tissue that looks completely normal under the microscope. We've shown that these mutant cells are abundant, though the vast majority don't go on to cause cancer."

To identify the mutations, the team used laser capture microscopy to cut out individual 'crypts', the tiny cavities which make up colon tissue, from donated samples. Each cell within a crypt has the same genetic mutations. They studied a total of 2,035 crypts from 42 people, aged 11 to 78 years.

The Sequencing Research and Development team at the Sanger Institute developed a new workflow to sequence the genomes of the laser-captured crypts. The team then fully automated the process enabling tens of thousands of genomes to be swiftly sequenced.

The Senior Staff Scientist said: "Our goal was to find a way to sequence the genomes of just a few hundred crypt cells taken from a microscope slide. The difficulty was using such tiny amounts of DNA without introducing errors that would obscure real mutations - something that we had never done before. The method has now been used to process more than 40,000 laser capture samples. It has also been adapted for other projects where only minimal DNA is available, such as sequencing parasitic blood flukes. It's a powerful new technique."

The team also looked at mutational signatures in the genomes - tell-tale patterns, or 'fingerprints' of specific DNA changes caused by a specific chemical or process. They found signatures of multiple mutational processes in colon cells. Some had been seen before and the causes are known, including enzymes that are thought to destroy viral DNA, but in this case are damaging human DNA. Some signatures were ubiquitous and continuous, others were present in only a few individuals, in some crypts or during certain periods of life. Six signatures had never been seen before, and further research is needed to identify what causes them.

Identifying both mutational signatures and mutations in cancer driver genes in healthy cells gives a baseline picture of DNA changes in normal colon tissue. The mutations can be compared with those seen in conditions such as inflammatory bowel diseases, as well as colon cancer, to understand how and why cells evolve and change in health and disease.

The lead author of the research, said: "The ability to find mutations in normal cells means we can now describe how many and what types of mutations there are in different tissues across the human body, potentially providing understanding of what makes some tissues more prone to cancer than others. In this study we identified new patterns of mutations, known as 'mutational signatures', in the genomes of normal colon cells that provide clues to the causes of those mutations and thus may lead to uncovering hidden causes of colon cancer."