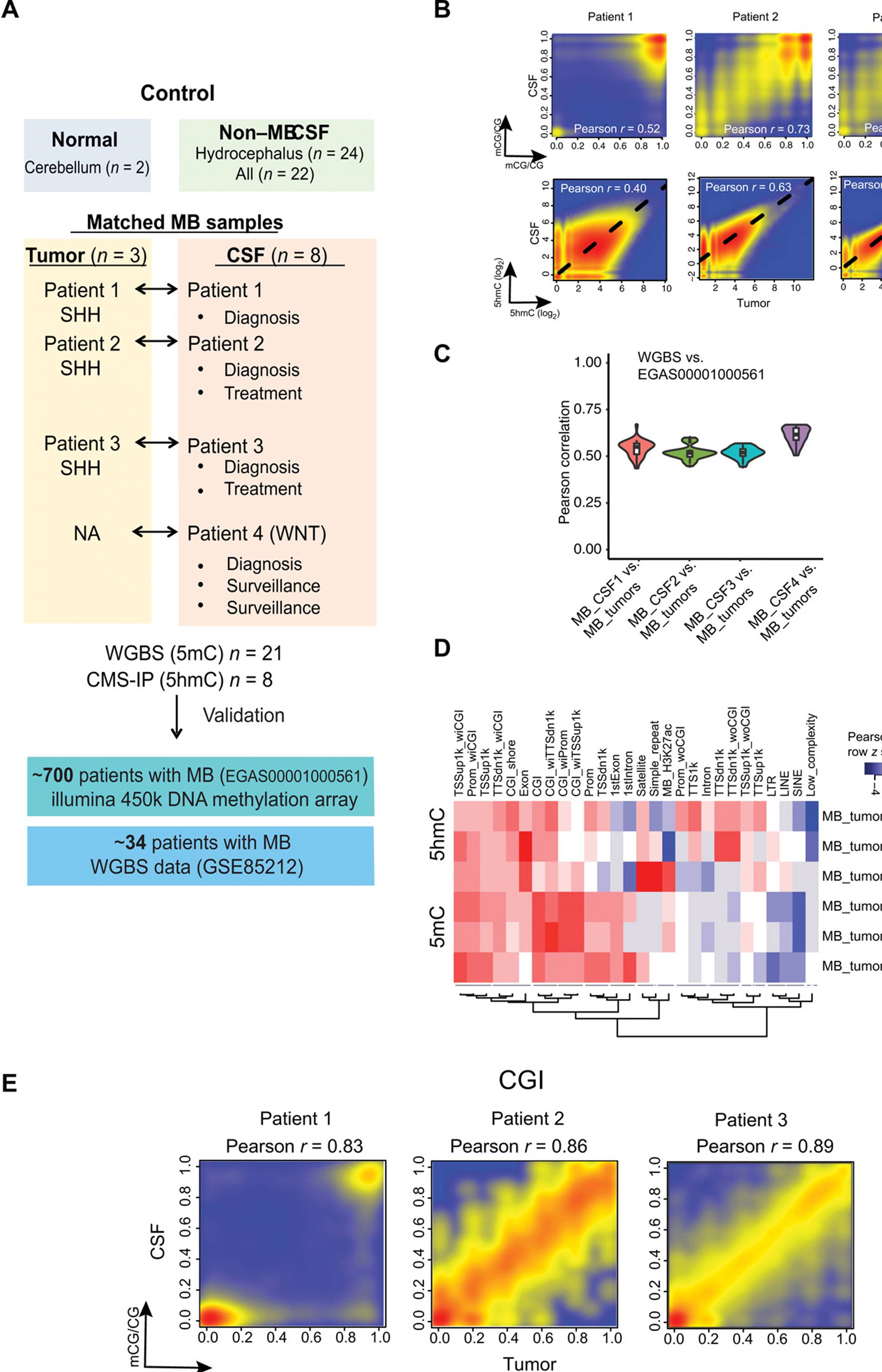 A team of scientists have developed a way to more accurately both detect and monitor a common type of pediatric brain cancer, setting the stage for giving clinicians a real-time view into how the cancer responds to treatment.

Medulloblastoma (MB), the most common pediatric brain tumor, is currently diagnosed based on clinical symptoms, examination of magnetic resonance imaging (MRI) scans and tumor biopsies. It is then monitored through routine MRIs to measure physical changes in the tumor. Clinicians also perform repeated lumbar punctures, commonly known as spinal taps, to collect cerebrospinal fluid (CSF) that is tested for the presence of tumor cells.

"If there are no tumor cells in the CSF, clinicians likely believe their treatment is effective and continue the course. However, there is often inconsistency between the CSF test results and the patient's final outcome," said the first author of the study, published in Science Advances. "Therefore, it is highly desirable to have a more sensitive way to systematically estimate and monitor the tumor response after treatment and, at the same time, confidently detect tumor recurrence before there is evident anatomical changes in the tumor seen through MRI or CT scans."

In other words, clinicians want to be able to monitor the state of the tumor in patients so they can intervene at the earliest possible time if there is evidence that the tumor has recurred or is starting to grow aggressively again. Liquid biopsy--the method of detecting cancer DNA or other disease biomarkers in body fluids like blood--is increasingly being used to monitor adult cancers such as colorectal cancer and breast cancer. This technique is a relatively non-invasive way to assess cancer progression, response to therapy and recurrence. The current technology detects gene mutations associated with cancer within plasma. However, this approach is more challenging for pediatric brain cancers because these cancers often have very few mutations. According to the researchers, they can be described as being "genetically bland," meaning they don't harbor huge numbers of mutations to the DNA itself.

Instead, pediatric brain tumors frequently have epigenetic changes. In other words, instead of the DNA itself being changed by mutation, in the cancer cells, certain critical genes are turned on or turned off by epigenetic changes that regulate their activity. The presence of epigenetic abnormalities in pediatric brain cancers led the research team to reason that epigenetic markers in biological fluids such as CSF could be an effective way to detect and monitor these types of cancers.

The other problem with using liquid biopsy for pediatric brain cancer is that brain tumor DNA is scarcely detectable in plasma because of the blood-brain barrier, which prevents brain tumor DNA from being released into the blood stream. In contrast, CSF interacts with brain tumor cells in the central nervous system and can be used for liquid biopsy. However, CSF contains extremely low amounts of DNA, making it difficult to study.

The authors developed a new method to get around this issue and successfully profiled DNA methylation genome-wide from very low amounts of DNA in CSF. They used CSF samples obtained from a biobank built by physicians at Texas Children's Hospital over the course of 20 years. "Tumor cells in the CSF degrade during circulation, but DNA lasts much longer than cells, and so cell-free tumor DNA (ctDNA) can be found in the biobank samples," said a co-corresponding author of this study.

The researchers developed an experimental and computational method for analyzing this DNA. Their results revealed that the epigenetic marker, DNA methylation, can be detected in ctDNA from CSF, serving as a potential biomarker to report the status of the MB tumor and allow for prognosis.

"This is essentially a completely novel way of detecting DNA methylation in circulating DNA and using it for biomarker detection and quantitation in childhood cancer," said the other co-author of the study.

Eventually, this research will lead to development of a biomarker kit that clinicians will be able to use for monitoring pediatric brain tumor patients. Many steps lay ahead toward that end, but these findings have generated much interest from physicians and show promise for clinical application.