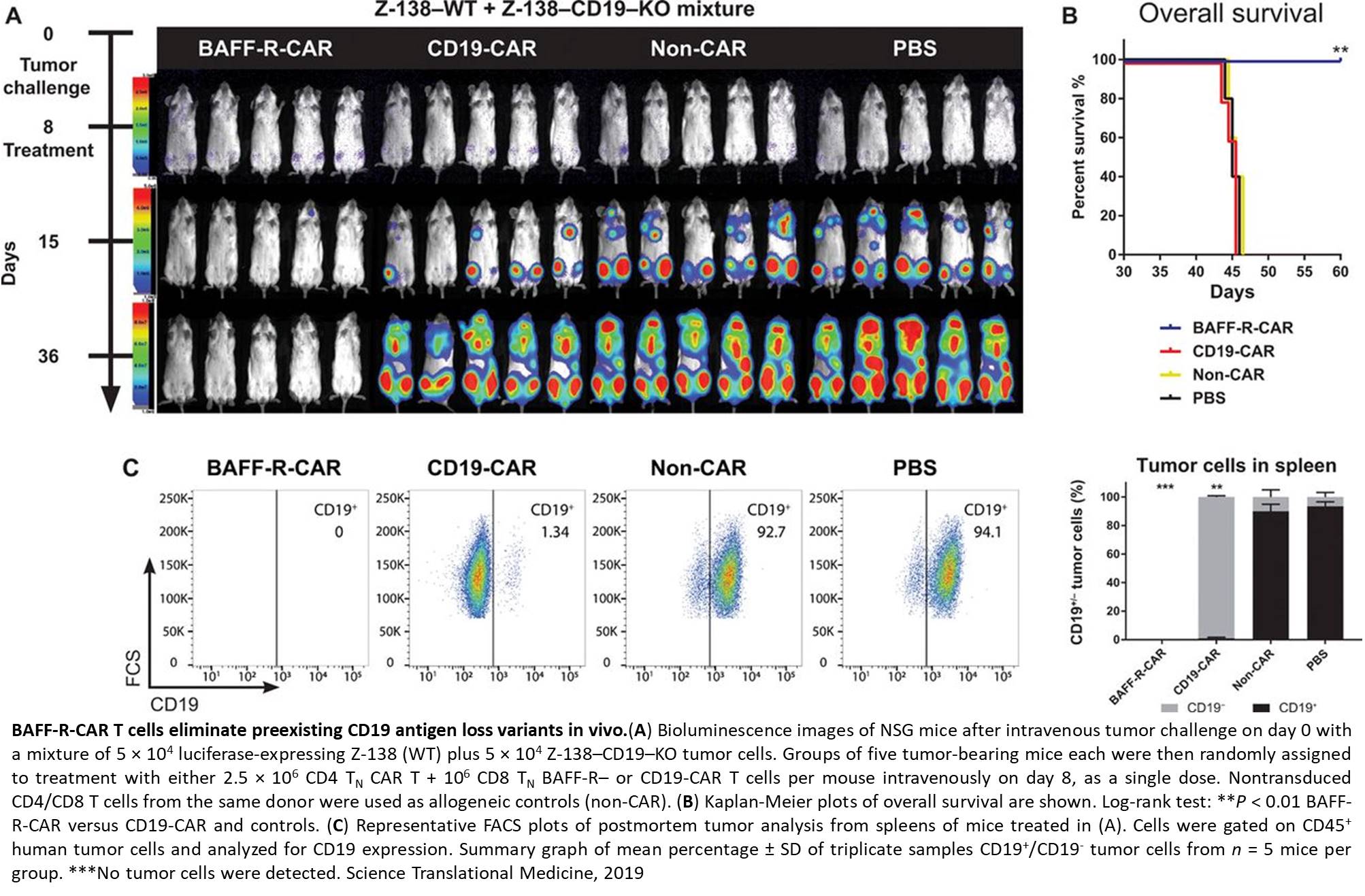 The new T cells could help clinicians avoid the relapses that can occur in patients whose lymphoma cells lose CD19 - a prominent roadblock in standard CAR T cell therapy for B cell malignancies.

CAR T cells are a highly effective therapy for blood cancers that have become resistant to standard treatments. However, up to 30% of patients with B cell malignancies such as lymphoma relapse after CAR T cell treatment, partly because their lymphoma cells stop expressing the target antigen.

Seeking an alternative approach, researchers engineered CAR T cells that target a protein named BAFF-R, whose expression is also restricted to healthy and cancerous B cells. They tested their BAFF-R-directed CAR T cells in mice with human lymphoma cells, and found the treatment led to complete tumor regression and 100% long-term survival in the animals.

The authors saw that the BAFF-R-directed CAR T cells could effectively target CRISPR-modified human leukemia cells that lacked CD19. Furthermore, the BAFF-R-CAR T cells also killed CD19-negative tumor cells isolated from four patients with leukemia who relapsed after being treated with a CD19-targeting antibody, and extended survival in mice that were implanted with cells from a fifth relapsed patient.

The results show that BAFF-R is a viable target for CAR T cell treatments, although more experiments will be needed to confirm whether tumor cells could potentially evolve resistance by losing BAFF-R.