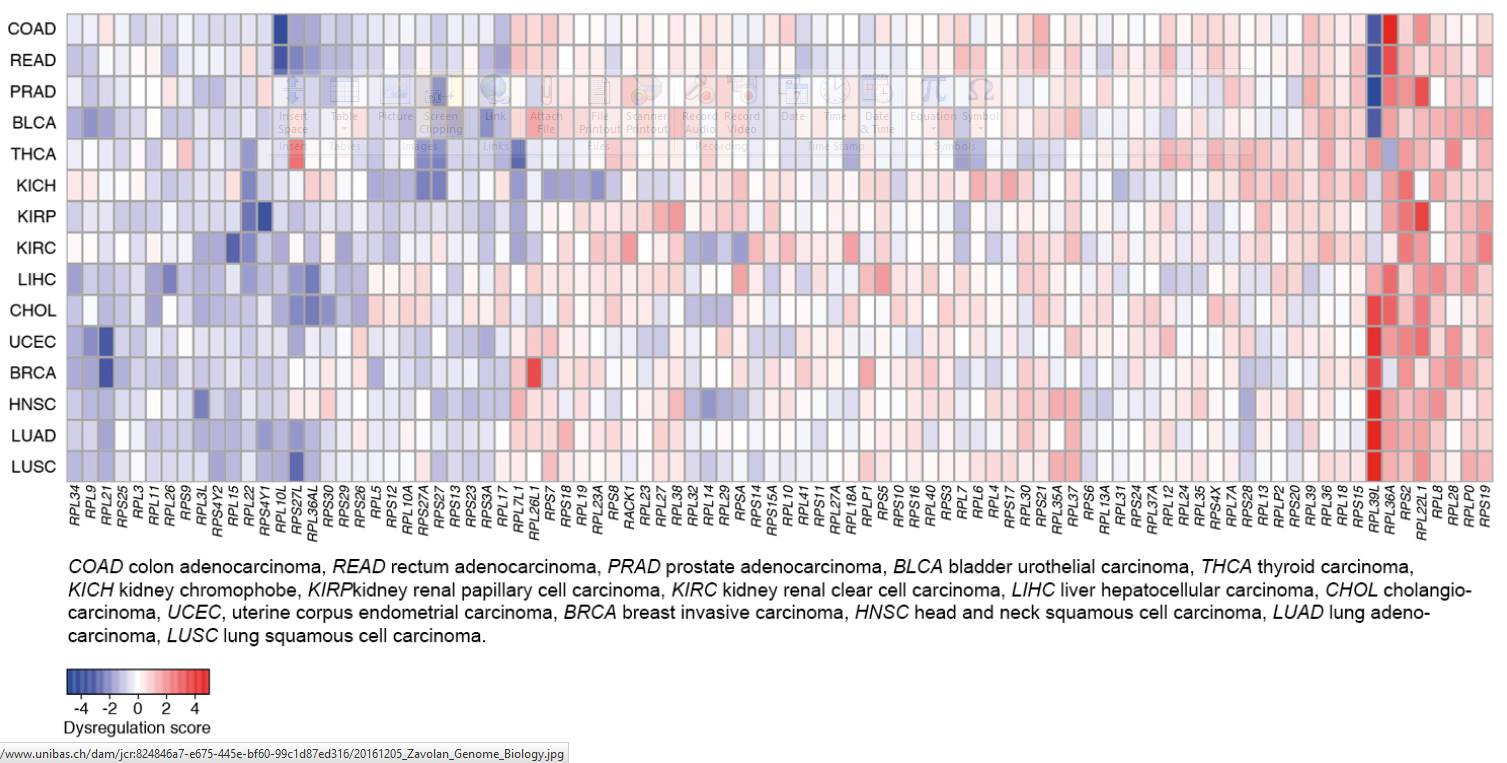 A research team has investigated the expression of ribosomal proteins in a wide range of human tissues including tumors and discovered a cancer type specific signature. As the researchers report in Genome Biology this "cancer signature" could potentially be used to predict the progression of the disease.

Proteins are the building blocks of life. They are produced by molecular machines, called ribosomes. A human ribosome contains some eighty ribosomal proteins. The research group has now discovered that about a quarter of the ribosomal proteins have tissue-specific expression and that different cancer types have their own individual expression pattern of ribosomal proteins. In the future, these patterns may serve as a prognostic marker for cancer and may point towards new therapeutic opportunities.

"For us, it was really impressive to see that consistent signatures emerged for the different cancer types after the analysis of distinct data sets including patient samples," explains first author. "The pattern of the dysregulated proteins is very striking, whereby the expression of some ribosomal proteins is systematically reduced, and of others increased in cancer cells. This suggests that individual ribosomal proteins can either suppress or promote tumorigenesis."

Furthermore, the scientists discovered a strong relationship between the "signature" in breast cancer and the relapse-free survival. "We were quite surprised to find that the expression level of just three ribosomal proteins allows a fairly accurate prognosis of disease progression, comparable to the best predictive markers that are currently known", author points out.

"Our study demonstrates the potential of such expression signatures for the prognosis and perhaps a diagnosis of cancer. We are especially interested in studying the functions of individual ribosomal proteins and hopefully opening the door for new therapeutic options," explains the scientist.