Protein Network Linked to Cancer Is Critical to Male Fertility 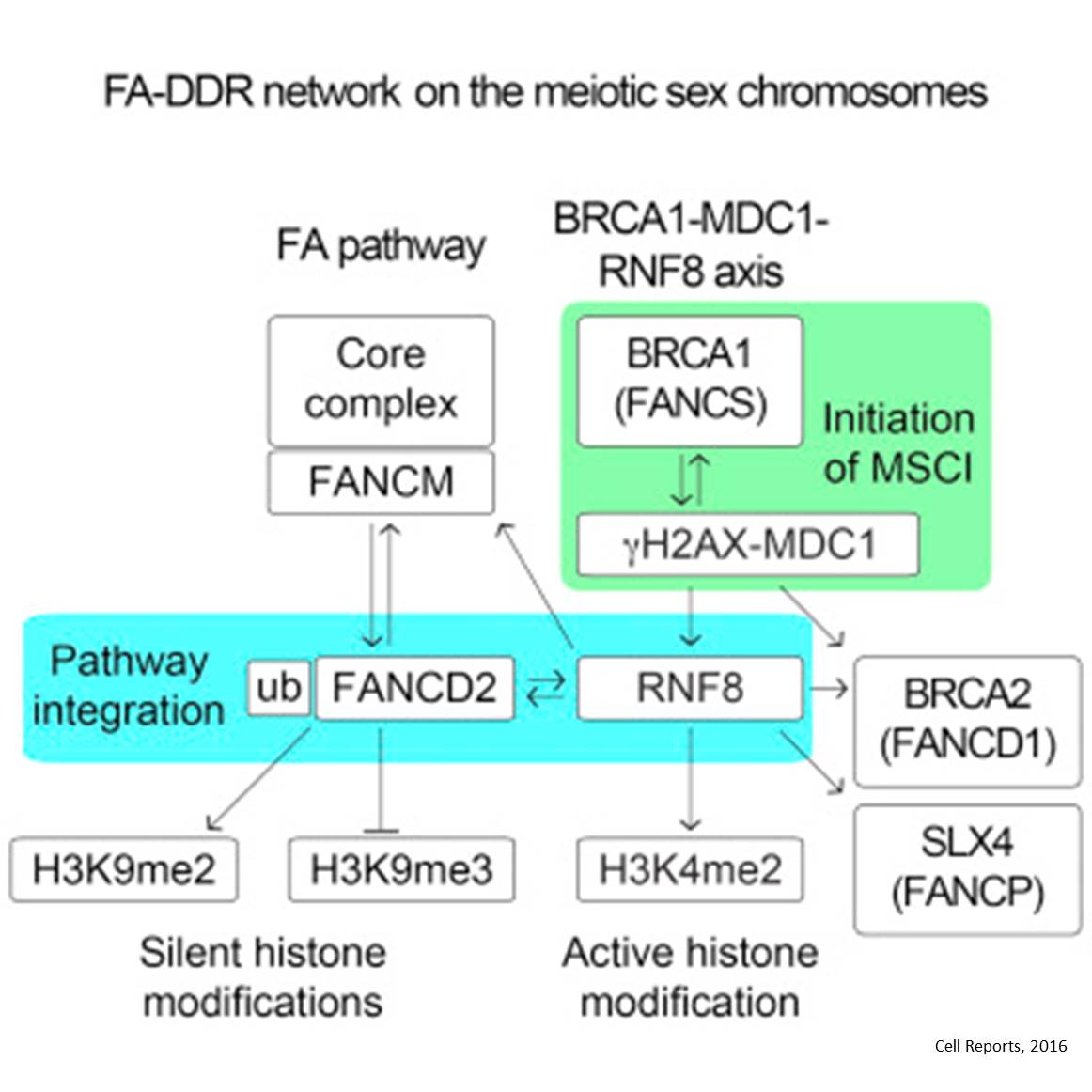 Researchers studying reproductive science identified a network of proteins often linked to cancer as also important to male fertility and the birth of healthy offspring, according to a study in the journal Cell Reports.

The study focuses on the precise epigenetic regulation of the sex chromosomes, which is important to germline cells that make male sperm.

The current study looks at the Fanconi anemia (FA) pathway, a network of 21 proteins that normally work to repair DNA damage in the body's cells. Mutations in the FA pathway can lead to severe anemia, genetic instability and different cancers. But the current study also uncovers roles in ensuring healthy human reproduction.

The team reports that during meiosis - a critical biological stage for the production of genetically healthy sperm - FA proteins accumulate on the male sex chromosomes. Certain FA proteins work with an enzyme called RNF8 to regulate histones, which form the spool that DNA wraps around inside a cell's nucleus.

The researchers tested the FA-DDR (DNA damage response) network's regulation of this process by studying meiosis in eight different mouse models. The mice were deficient for DDR proteins, including several Fanconi anemia proteins. This allowed the research team to unravel how FA-DDR proteins function in a pathway to regulate the male sex chromosomes, a key finding in reproductive science since disrupted sex chromosome regulation results in male infertility.

Data indicate that genetically modified mice lacking FA-DDR proteins are infertile and have substantial defects in the regulation of the male sex chromosomes during meiosis.

Scientists continue their research by digging deeper into how and when FA proteins and other DNA damage response proteins interact during meiosis, and how this affects sperm production and fertility in laboratory mouse models.