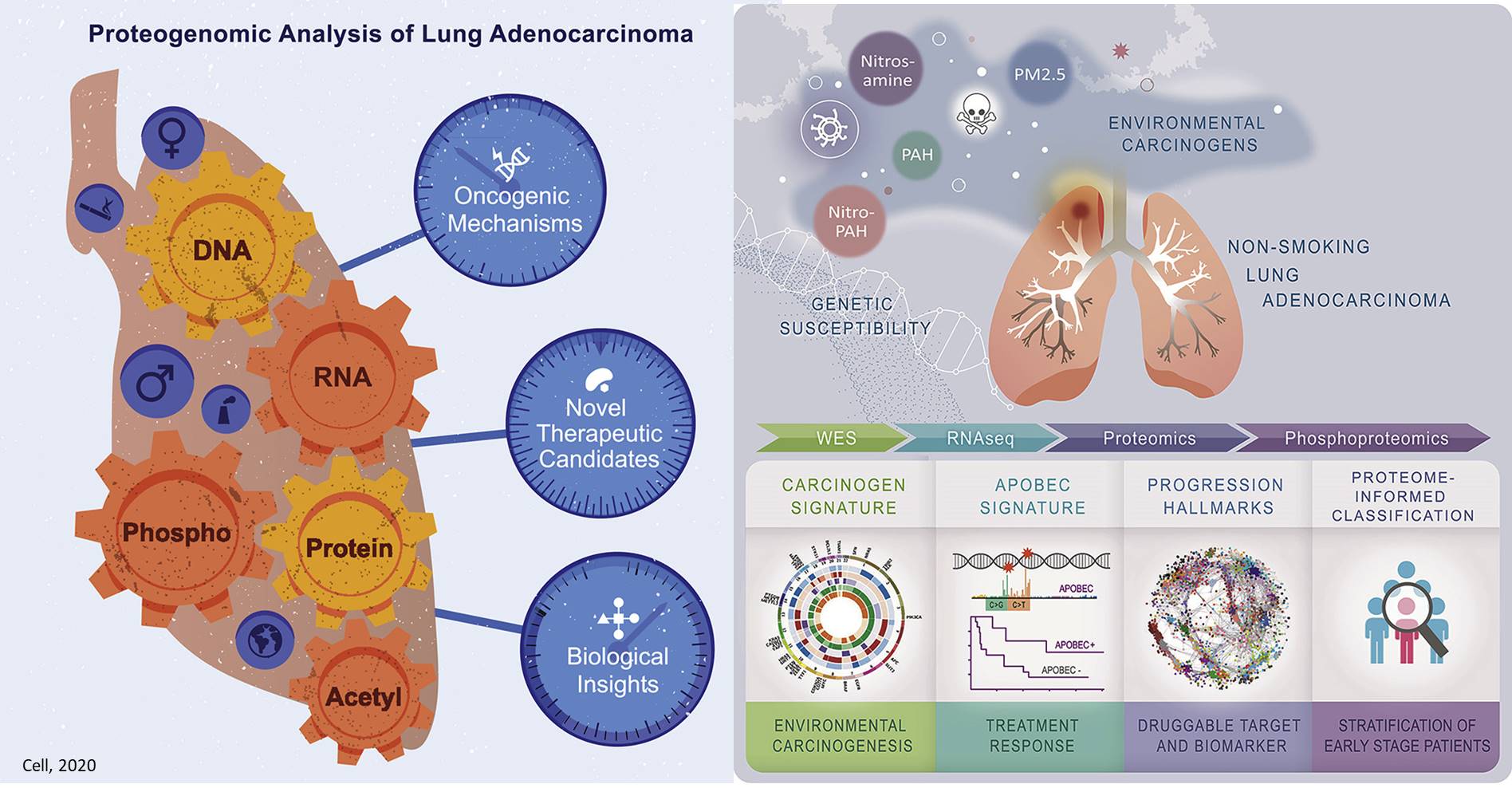 Lung cancer in non-smokers is a diverse and distinct disease from that in smokers, and is likely to respond differently to targeted treatments, a major new study shows.

Scientists studied a population in Taiwan with high rates of lung cancer among non-smokers - and found a range of genetic changes which varied depending on a patient's age or sex.

Many non-smokers with lung cancer had signs of DNA damage from environmental carcinogens, with young women in particular having particular genetic changes which are known to drive cancer to evolve aggressively..

The research, published in the prestigious journal Cell, is the most comprehensive ever study of the biology of lung cancer in non-smokers.

Scientists analysed tumour samples from 103 lung cancer patients from Taiwan - the majority of whom were non-smokers. Around 10-15 per cent of lung cancers in the UK occur in people who have never smoked - but in East Asia, the proportion of lung cancers that occur in non-smokers is much higher, especially among women.

The researchers conducted a detailed analysis of genetic changes, gene activation, protein activity and cellular 'switches' in lung cancer to develop the most comprehensive overview of the biology of disease in non-smokers to date.

Looking at the genetics and the related proteins produced by cancer cells in the tumour samples, scientists found that some early-stage lung tumours in non-smokers were biologically similar to more advanced disease in smokers.

Tumours in women often had a particular fault in the well-known lung cancer gene EGFR, whereas in men the most common faults were in the KRAS and APC genes. These differences could affect the response to targeted drugs in men and women.

Picking out people with 'late-like' early-stage lung tumours could help guide treatment decisions, and patients could be monitored more closely for signs of their disease progressing.

The study found a pattern of genetic changes involving the APOBEC gene family in three-quarters of tumours of female patients under the age of 60, and in all women without faults in the EGFR gene.

APOBEC proteins play an important role in the function of the immune system - but they can be hijacked by cancers, speeding up evolution and the emergence of drug resistance.

Patients without EGFR faults tend to do better on immunotherapy, and so testing for APOBEC could help pick out women more likely to respond to this form of treatment.

The team also picked out groups of patients - particularly among older women - whose cancers had mutation patterns linked to cancer-causing substances in their environment such as pollutants.

Finally, the team identified 65 proteins that were overactive in lung tumours that matched with existing candidate drugs. They found that one protein that cuts away at the surrounding tissue, called MMP11, was linked to poorer survival - and could be explored as a marker for early detection.

While the new study looked at patients treated in Taiwan, the researchers believe that many of their findings could be applicable to UK patients. Next, they will be validating their findings in larger studies and beyond Asia.

The team leader said: "We carried out the most comprehensive study ever conducted into the biology of lung cancers in an East-Asian population with a high proportion of non-smokers, and found that their disease is molecularly diverse, and distinct from what we classically see in smokers.

"We found distinct patterns of genetic faults in non-smokers and between women and men, which suggest that a woman who has never smoked, for example, is likely to respond differently to treatment than a male smoker.

"Some early-stage lung tumours had molecular features that are much more like that typically seen in later-stage disease - which could help us more accurately diagnose patients with aggressive disease, and inform treatment strategies."

Another author, said: "This new study offers a deep dive into the biology of lung cancer in people who have never smoked. It reveals new ways of telling apart patients with different tumour characteristics that could be exploited with tailored treatment strategies.