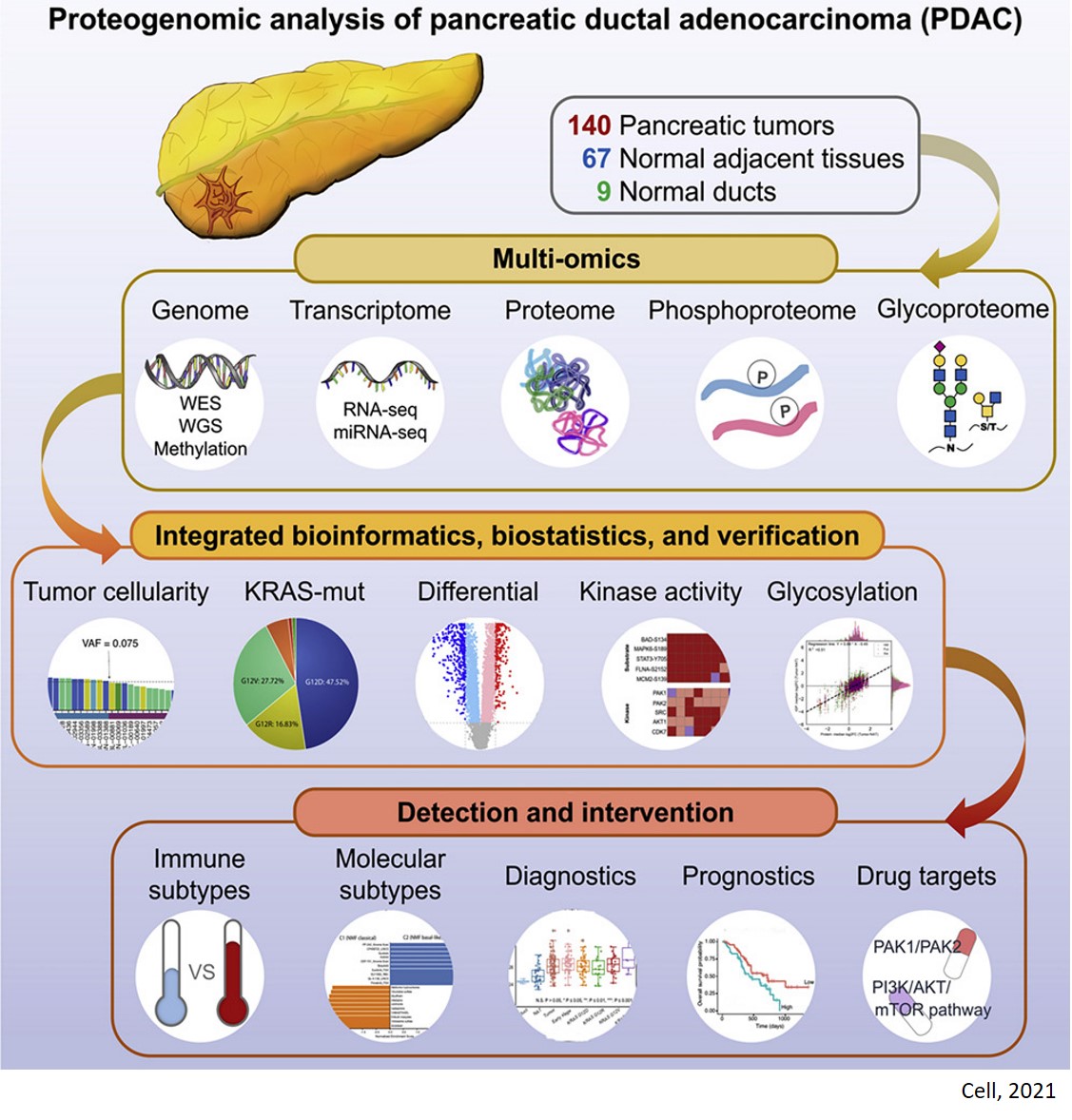 A large international collaboration led by researchers has identified promising new targets for pancreatic cancer treatment and early diagnosis after examining various aspects of these tumors’ genes and proteins.

Their findings, published in Cell, could offer hope to patients with this deadly disease.

“Right now, patients with pancreatic cancer have very few options, and the wealth of data produced by this study could lead to new ways to fight this disease,” says study leader.

Despite decades of study, pancreatic cancer has remained a grim diagnosis, explains study co-author. Because of its lack of symptoms and dearth of reliable and effective methods for screening and early detection, the vast majority of patients are diagnosed at a late stage when surgery isn’t possible, leading to an extremely poor prognosis. The five-year overall survival rate is less than 10%, says the author, and the median survival in patients with metastatic disease is less than 12 months.

Although numerous studies have examined the genes of pancreatic tumors and identified several mutations linked to this disease, adds the author, these mutations cannot be targeted with drug therapies. In addition, these tumors don’t attract a significant response from the immune system, so immunotherapies have not been broadly effective.

The team looked at the whole genome, DNA coding sequences, modifications to DNA that turn certain genes on or off, messenger RNA molecules to which the information in the DNA is transferred, and micro RNAs that regulate gene expression. They took an accounting of proteins produced in pancreatic cancer cells, including various modifications to these proteins, such as adding phosphate groups or sugar molecules that can change their function.

The team confirmed that pancreatic tumors are more likely to have mutations in several genes identified in previous studies, including KRAS, TP53, CDKN2A and SMAD4. In addition, they identified 222 proteins with at least a twofold increase in abundance between pancreatic cancerous cells and normal cells; nearly 5,000 sites in these proteins with increased phosphorylation abundance patterns; and more than 1,700 sites with an increase in attached carbohydrates, or glycosylation.

Several of these glycosylated proteins are secreted from pancreatic cancer cells, the author says, suggesting they could potentially be captured in the blood for early diagnosis. In addition, PAK1 and PAK2 — two specialized proteins, called kinases, that place phosphate groups onto other proteins — that are dysregulated in pancreatic cancer could offer previously unrecognized targets to treat this disease.

There are several small molecule inhibitors targeting PAK1, offering a potential path toward treating pancreatic tumors, which are still under investigation. Other protein differences between the cancer cells and normal tissue appear to be roadblocks that stymie immune system attack, adds the author, suggesting new ways to improve immune response to these tumors.

The abundance of data produced in this study could aid the search for new ways to improve pancreatic cancer detection and treatment far into the future, the author adds. “This study is a starting point to answer research questions that could revolutionize pancreatic cancer care,” he says.