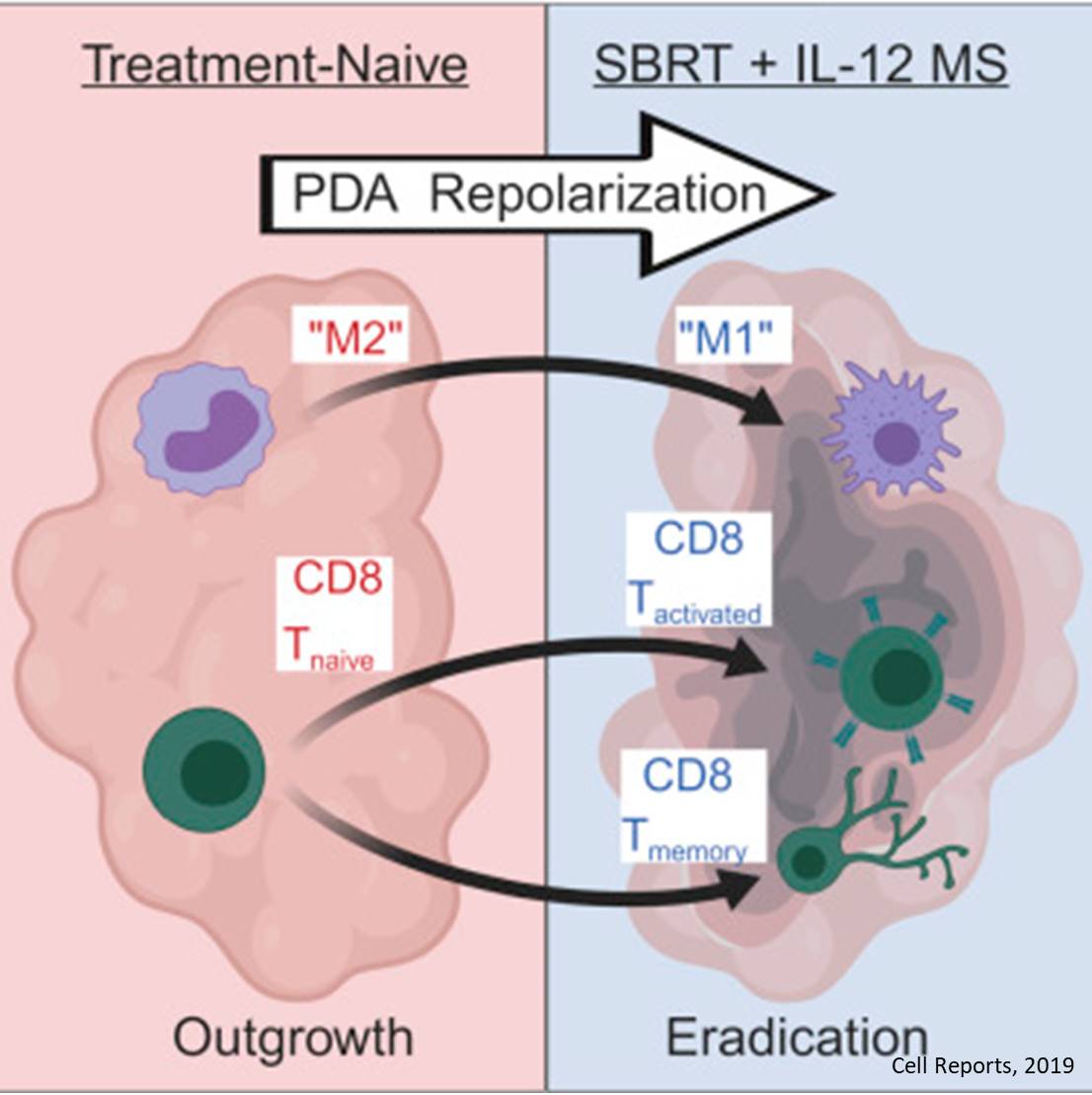 A research team reports that combining a type of radiation therapy with immunotherapy not only cures pancreatic cancer in mice, but appears to reprogram the immune system to create an "immune memory" in the same way that a vaccine keeps the flu away.

The result published in the journal Cell Reports indicates that the combination treatment also destroyed pancreatic cells that had spread to the liver, a common site for metastatic disease.

Pancreatic cancer is aggressive and generally has poor survival odds. In more than 80 percent of patients, the cancer is discovered in later stages when surgery is not an option and chemotherapy is usually not effective beyond stabilizing the disease.

Pancreatic tumors are notoriously hard to treat because they are surrounded by a toxic stew of proteins and other tissues that protect the cancer cells from the immune system's natural role to attack invaders.

The researchers looked for an innovative treatment combination that could do two things at once: activate T-cells to attack the cancer and convert the immune-suppressing cells into fighters, the study said.

The combination they used in laboratory models consisted of stereotactic body radiotherapy (SBRT), which delivers high doses of radiation over a short period of time and may also prime the immune system to kill cancer cells; and interleukin-12 (IL-12), which has well-known anti-cancer activity and also activates the immune system. However, IL-12 often comes with harsh side effects.

To solve that problem, researchers are testing a timed-release technology in a specially designed mouse model for pancreatic cancer, which would slowly deliver the drug over two weeks.