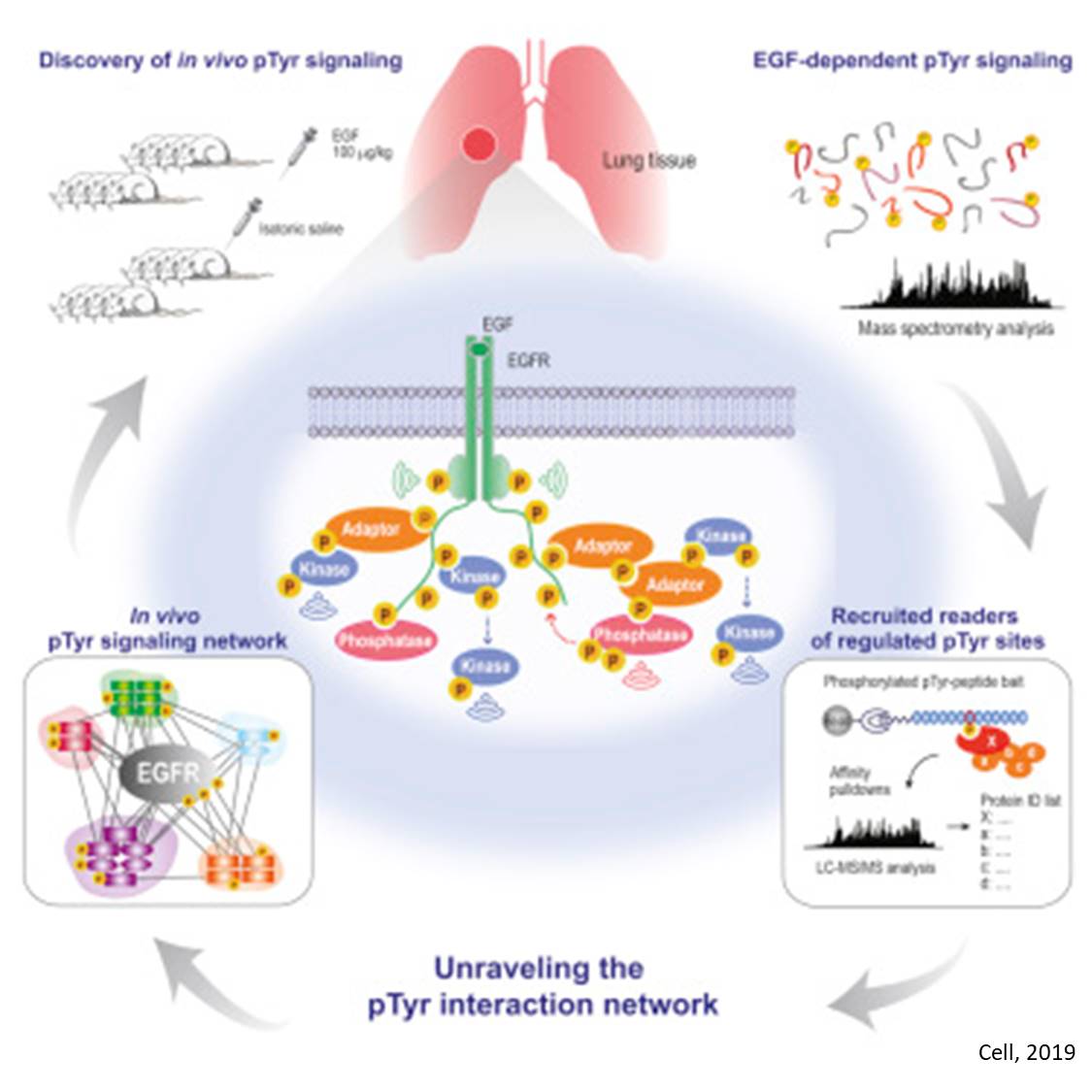 Researchers have used highly sophisticated molecular analyses to identify key proteins in the signaling pathways that cancers use to spread in the body. The study could help in personalizing cancer treatment and develop new drugs.

The study, which has just been published in the journal Cell, has also identified brand new proteins that are activated when cancer cells mutate and contribute to tumor growth.

"We have developed completely new methods to map the main signaling networks in lung tissue and the proteins that control the spread of cancer in lung tissue. We have done so to understand what is actually happening in cancer mutations. This may prove to be crucial as we need to improve existing treatments to patients who often become resistant, and to develop new treatments that target newly identified proteins in the signaling pathway in tissue", says the senior author.

The researchers used the mass spectrometry to quantify and map the signaling network of phosphotyrosine proteins in the lungs. They also compared their findings with analysis of cancer mutations from cancer patients in 'big data' databases.

EGFR (Epidermal Growth Factor Receptor) is a protein on the surface of normal cells that binds to the growth factors that make cells divide. EGFR can be found in abnormally increased amounts on the surface of many types of tumors and can lead to cancer cells being able to divide excessively.

Several drug treatments, so-called tyrosine kinase inhibitors, are designed to inhibit the EGF receptor and thus slow down the activity of the receptor in cancer cells. Unfortunately, cancer cells can develop resistance to these treatments, hence the pressing need to take novel approaches in treating lung-liver and breast cancer, for example.

In normal cell growth, cells constantly receive signals from the EGF receptor that dictate whether a cell should grow or remain passive. However, cancers have a special ability to develop new mutations in the EGF receptor and other receptors that can evade existing cancer treatments with tyrosine kinase inhibitors that target the receptor. Now scientists have succeeded in using the "cancer map" against the main protein networks to identify a particular mutation in the EGF receptor, which sends a constant signal to the cell about unrestrained growth and division.

Tyrosine kinase inhibitor is a targeted drug used to block a special signaling pathway, for instance, EGFR in cancer cells and thus prevent tumor growth. But efficacy can often not be maintained. After about a year, particularly tough lung cancer cells will have found other ways to grow, leaving many patients to become resistant to treatment.

To demonstrate the scalability of the approach, they performed >1,000 phosphopeptide pulldowns and analyzed them by rapid mass spectrometric analysis, revealing tissue-specific differences in interactors.

The study has also shown that cancer cells can use tissue mutations to "recruit" other proteins that increase the cancer cell's growth potential. Using the "cancer map" will enable scientists in the future to see what happens when new cancer mutations occur. They can identify signaling pathways as well as the protein networks involved in the spread of cancer.

"Proteins act a bit like social networks, where they communicate with each other on the basis of mutual interest and functionality. By revealing their communications, we can understand exactly what happens when a new mutation causes uncontrolled tumor growth. This type of mapping can enable us to determine and understand how the signaling or communication between proteins goes wrong in patients "says the senior author.

The results of the study are now publicly available and could have a major impact on cancer researchers worldwide who are working to crack the code of tumor growth for all kinds of cancer.