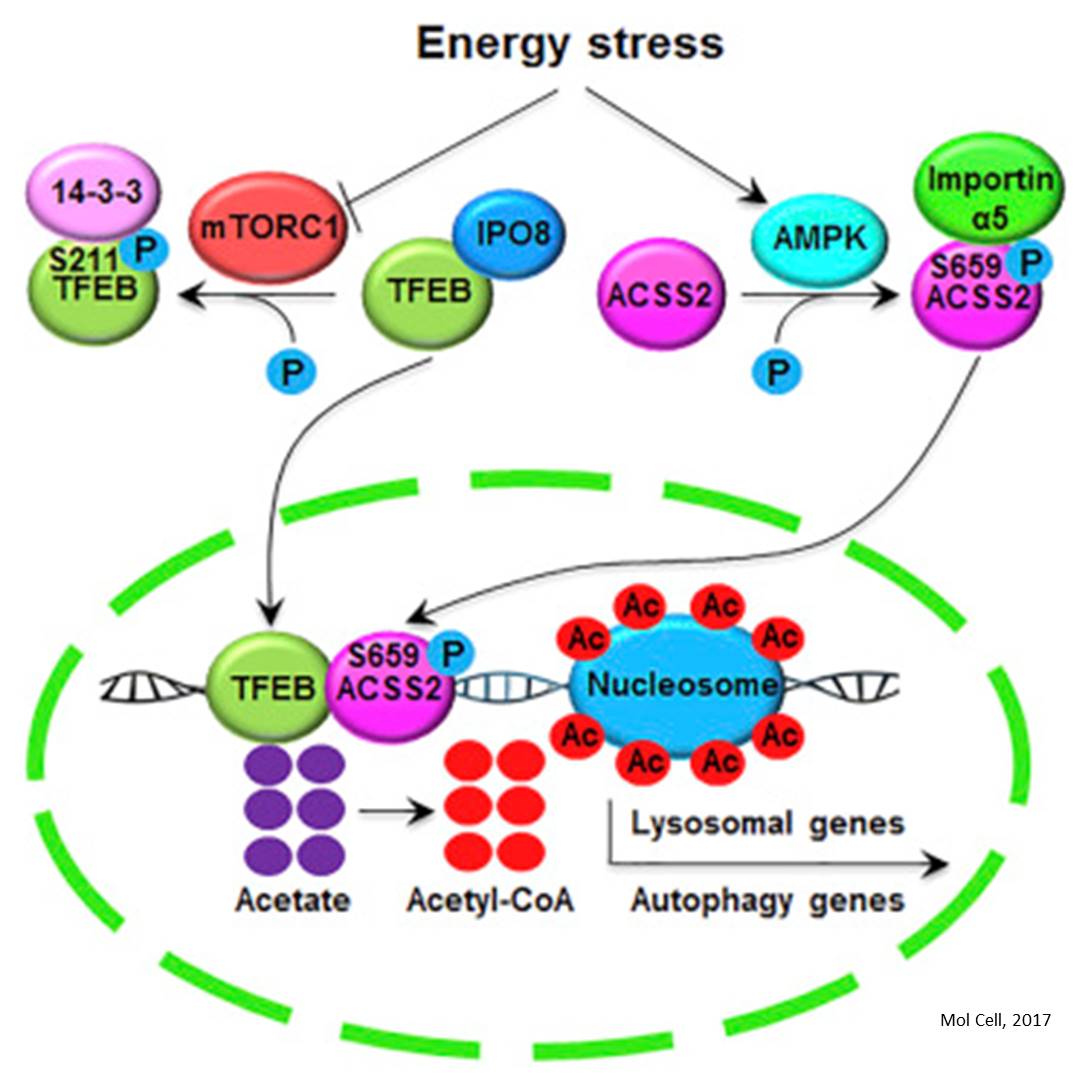 All cancer tumors have one thing in common - they must feed themselves to grow and spread, a difficult feat since they are usually in a tumor microenvironment with limited nutrients and oxygen. A new study revealed new details about how an enzyme called acetyl-CoA synthetase 2 (ACSS2) allows brain tumors to grow despite their harsh surroundings. The findings, published in the journal Molecular Cell, portends ACSS2 as a potential player in new approaches to treating this often deadly disease.

ACSS2 provides tumors a competitive edge by enhancing their ability to use a cellular salt called acetate as a carbon-based food source rather than the more desirable glucose which is often in short supply in cancer cells. This lifeline allows cancer cells at the core of the tumor to survive and even grow as it battles with nutrient deficiency.

Current therapies and the body's own immune system are not efficient at stopping this vital nutrient pathway in cancer cells, and little is known about how these life-giving proteins are transported from cytosol, a liquid cell component, into the nucleus via a process called nuclear translocation. The ability to halt nuclear translocation of ACSS2 would cut off the cancer cell's self-maintaining ability at its most basic level.

"Overcoming metabolic stress is a critical step in solid tumor growth. Acetyl coenzyme A (CoA) generated via glucose and acetate uptake is a key carbon source for important cellular processes such as histone acetylation and gene expression," said senior author. "However, how acetyl CoA is produced under nutritional stress is unclear. Our study explains the underlying mechanics of how this occurs, with ACSS2 as a novel and important method for gene expression under these circumstances."

Using a CRISPR gene editing process, the team revealed what roles ACSS2 plays in histone acetylation by generation of nuclear acetyl-CoA from acetate within the cell's nucleus. Histones are proteins that act as spools around which DNA winds and are crucial to gene regulation, while histone acetylation is a modification process critical to gene expression.

In essence, ACSS2 gives genetic permission for the production of lysosomes, cellular structures that serve as the cell's waste disposal system, thus ridding the cell of unwanted materials, while recycling digested products for protein, DNA, and lipid synthesis. Lysosomes are recognized as a contributing factor in tumor development. ACSS2 also promotes a cannibalistic cell-feeding mechanism called autophagy, allowing lysosomes to receive, digest, and recycle much-needed nutrients. When nutrients located outside of the cell are limited, ACSS2 is able to reprogram cancer cell metabolism by increasing autophagy and reusing lysosome-digested products from unwanted or stored materials for cell survival and growth.

"These findings elucidate an instrumental interplay between reprogramming of metabolism and gene expression in cancer cells," said the senior author. "Inhibition of both ACSS2's nuclear function and the metabolic pathway known as glycolysis, which converts glucose to tumor-feeding energy, appears to be an efficient approach for cancer treatment." Intermittent fasting an alternative to insulin for type 2 diabetes people?