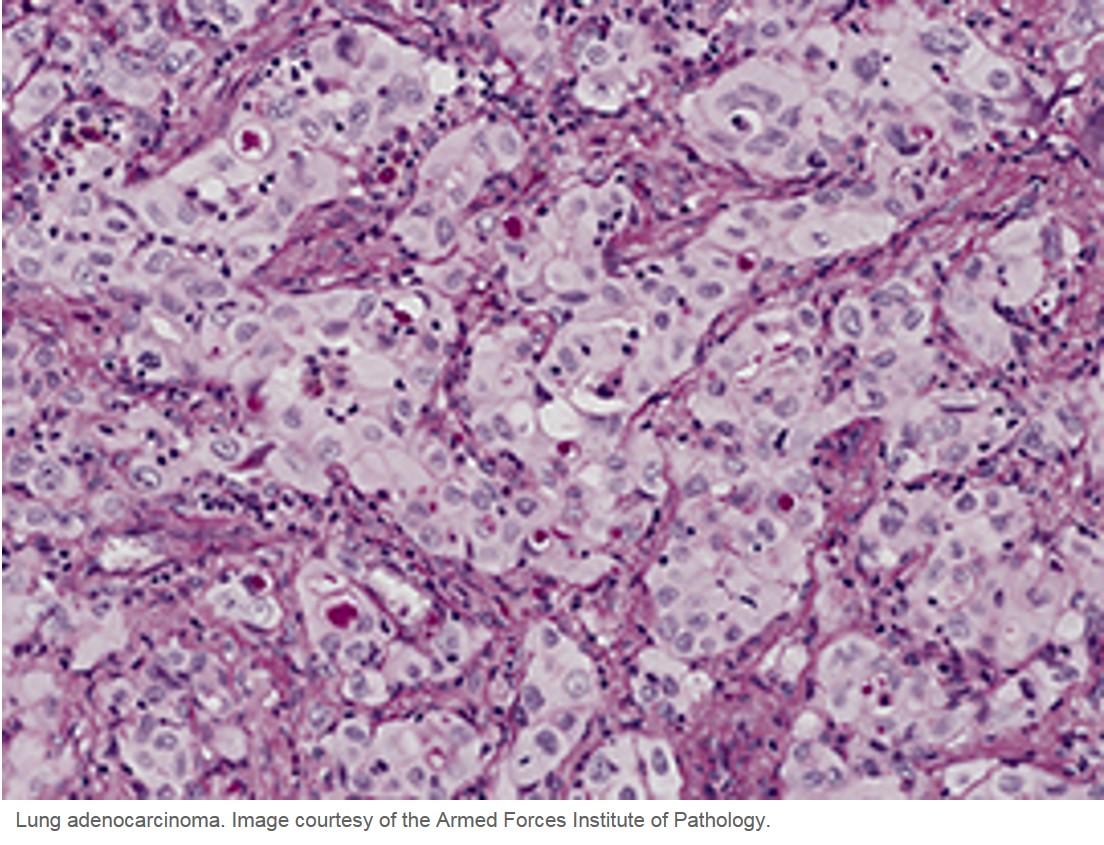 The Cancer Genome Atlas (TCGA), a consortium to map cancer-associated genetic alterations, has uncovered many mutations and copy number changes in patients with lung adenocarcinoma, a malignant type of non-small cell lung cancer. However, the precise roles of these changes in lung cancer remain unclear.

Researchers in the journal PNAS used a high-throughput genetic screen based on short hairpin RNA (shRNA) molecules to test the roles of such genetic changes in tumor suppression in mouse models.

Using shRNAs targeting more than 4,700 cellular signaling genes, the authors identified, among others, the signaling enzyme Ephrin receptor A2 (EphA2) as a tumor suppressor in lung adenocarcinoma cells with a missense mutation in Kirsten rat sarcoma viral oncogene homolog (KRas), an oncogene that drives the cancer.

Genetic alterations of EphA2 were detected in 54 out of 230 patients with lung adenocarcinoma. Loss or decline of EphA2 activated several growth-associated signaling and gene expression pathways, namely the ERK1/2 and Hedgehog pathways, boosted cell proliferation, and promoted tumor growth in mouse lungs.

Importantly, activating EphA2 using its ligand suppressed both ERK1/2 signaling and cell proliferation, suggesting that the enzyme might serve as a potential drug target in KRas-dependent lung adenocarcinoma.

According to the authors, the shRNA-mediated screen can be used to identify and validate the roles of other cancer-related mutations uncovered in TCGA and similar projects.