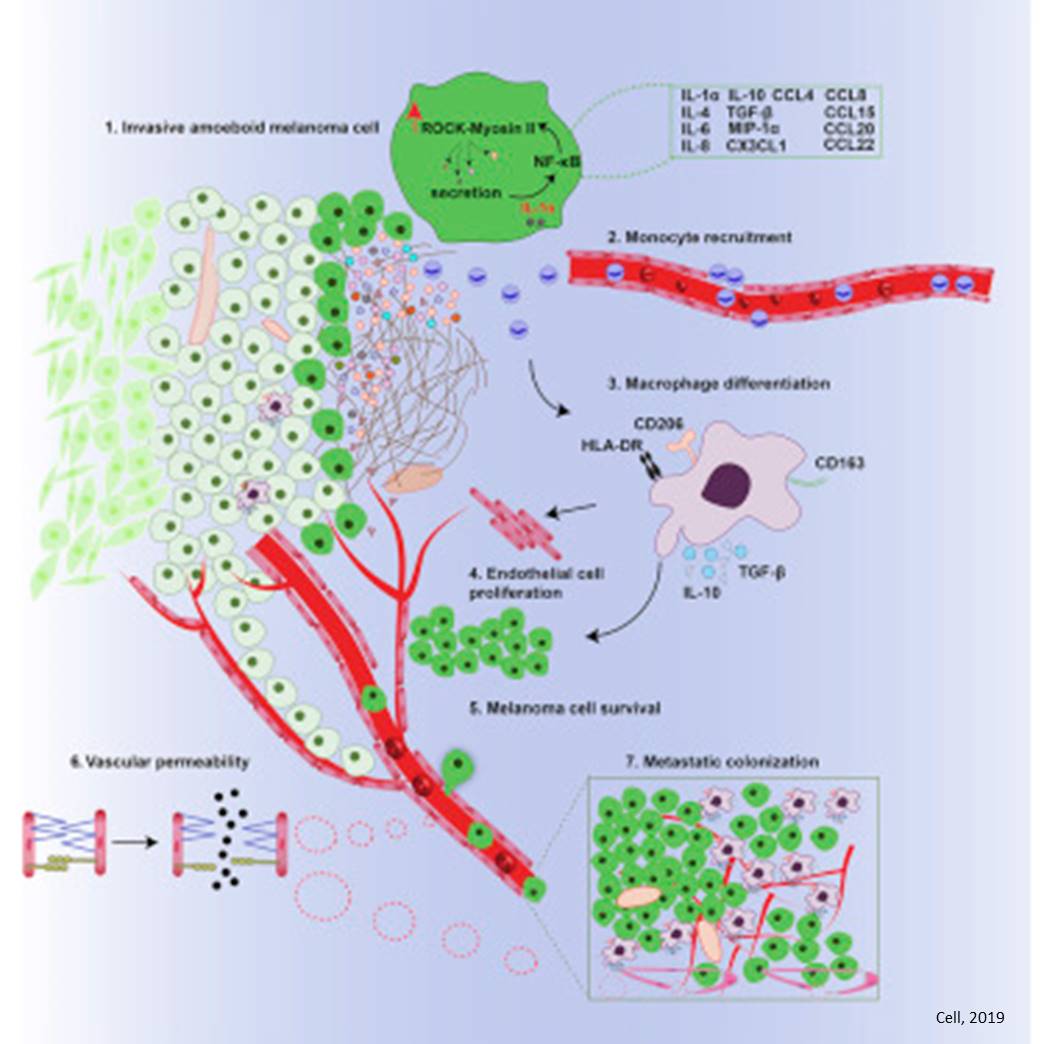 Scientists have uncovered molecules released by invasive skin cancer that reprogram healthy immune cells to help the cancer to spread. Targeting these molecules with inhibiting drugs could help to prevent this aggressive skin cancer coming back after treatment. The findings are published in Cell.

Researchers looked at cells from the edges of invasive melanomas in mice and human tumor samples, to investigate the effects of a protein they produce - called Myosin II. They found that high levels of Myosin II in these cells not only makes them more mobile, but also triggers the release of chemicals that reprogram the immune system.

These chemicals affect the surrounding healthy immune cells, called macrophages, and hijack their natural cancer-killing abilities. This means that instead of attacking the cancer cells, they end up helping them to survive. Some of these chemicals also make tiny holes in the blood vessels, allowing cancer cells to escape into the bloodstream and to new areas of the body.

The lead author said: "This study highlights how cancer cells interact with and influence their surrounding environment to grow and spread. Developing treatments that target the chemicals that alter the immune system could help to prevent the spread of the disease."

Researchers also found that one of the chemicals released by Myosin II-rich cells, called interleukin 1A, was key for making cancer cells more invasive. By blocking Myosin II activity with different drugs, they reduced the amount of interleukin 1A produced by melanoma cells in mice and human tumor samples.

The author adds "We are excited to find out whether inhibitor drugs could be used in combination with other targeted therapies. By identifying effective treatment combinations, we hope that in the future Myosin II and interleukin 1A inhibitors could be used to improve patient outcomes and reduce the risk of melanoma coming back."