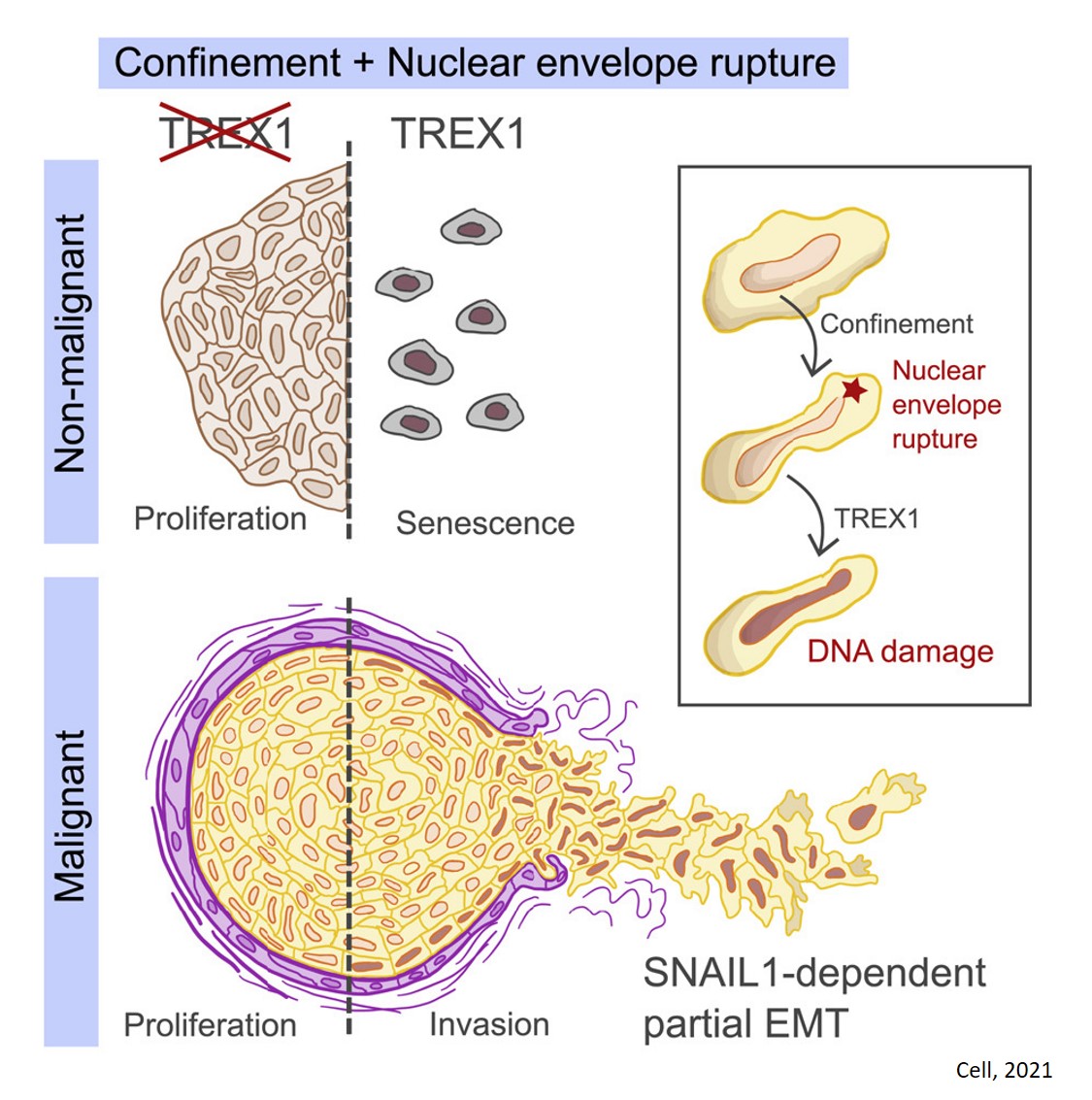 The nucleus of a cell fills a crucial function: to protect cell DNA and enable its proper use. But it can be deformed, or even temporarily fractured, if the cell itself is compressed and deformed, for example, in the case of migration or proliferation. This compression then leads to DNA damage. The consequences are accelerated ageing for healthy cells and the acquisition of invasive properties for breast tumor cells, as has just been shown by a research team.

These scientists have shown that when cells are compressed and that breaks the nucleus, DNA can come into contact with a DNA-destroying enzyme called TREX1. TREX1’s normal function is to protect the cell by destroying the DNA of viruses that try to infect it, but under these unusual conditions it attacks the cell DNA.

In healthy tissue, the cells then show signs of ageing and stop dividing. However, the research team has observed that the consequences are different in a breast tumor: instead of killing the cancer cells, the damage caused by TREX1 will make them more invasive. For example, when the tumor grows too much, the cells are compressed and then acquire the ability to destroy their environment to invade neighboring tissues, with increased risk of metastasis.

These results reveal the importance of the enzyme TREX1 in the development of breast cancer and also in ageing. The scientists now want to identify and test molecules that could block its activity. Because TREX1 has an important role in modulating inflammation and immunity, these inhibitors may have many applications in therapy.