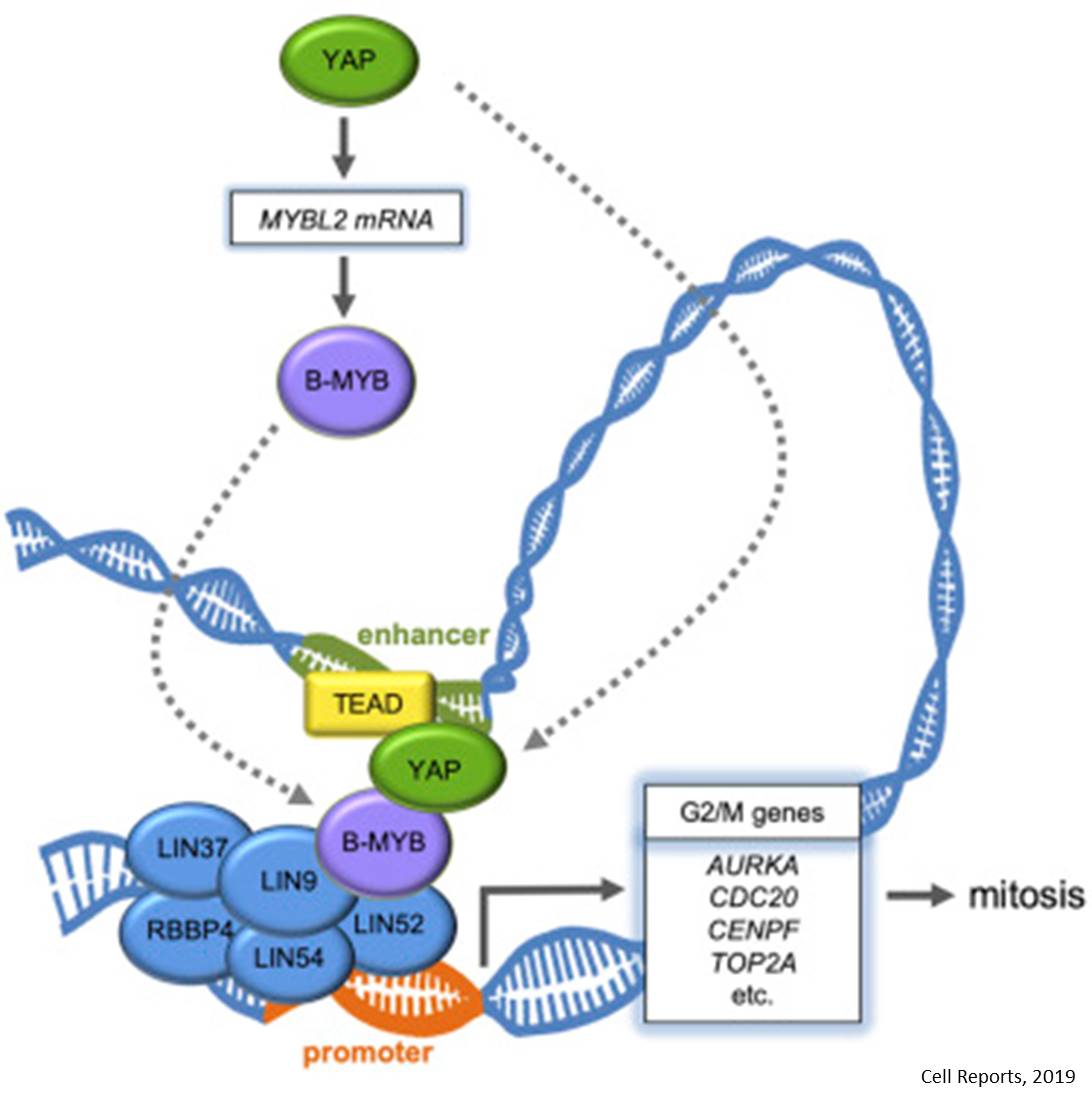 In malignant tumors, the cells usually proliferate quickly and uncontrollably. A research team has discovered that two important regulators of cell division can interact in this process. If this is the case, affected patients have particularly poor chances of survival. A special form of lung cancer was investigated.

The team analysed the activities of the protein YAP and the protein complex MMB (Myb-MuvB). According to the researchers, the former protein is only able to initiate cell division when it interacts with a subunit of the MMB complex. The molecular details of these processes are currently described in the journal Cell Reports.

Genome-wide expression and binding analyses showed that YAP promotes binding of the MMB subunit B-MYB to the promoters of mitotic target genes. YAP binds to B-MYB and stimulates B-MYB chromatin association through distal enhancer elements that interact with MMB-regulated promoters through chromatin looping.

The cooperation between YAP and B-MYB is critical for YAP-mediated entry into mitosis. Furthermore, the expression of genes coactivated by YAP and B-MYB is associated with poor survival of cancer patients.

"Our results show for the first time that there is a connection between these two cancer-relevant signalling pathways," said the senior author. If this connection can be broken, this could possibly be applied for cancer therapy.

Viral infections during pregnancy linked to behavioral abnormalities in offspring

Bacteria hops to move around!