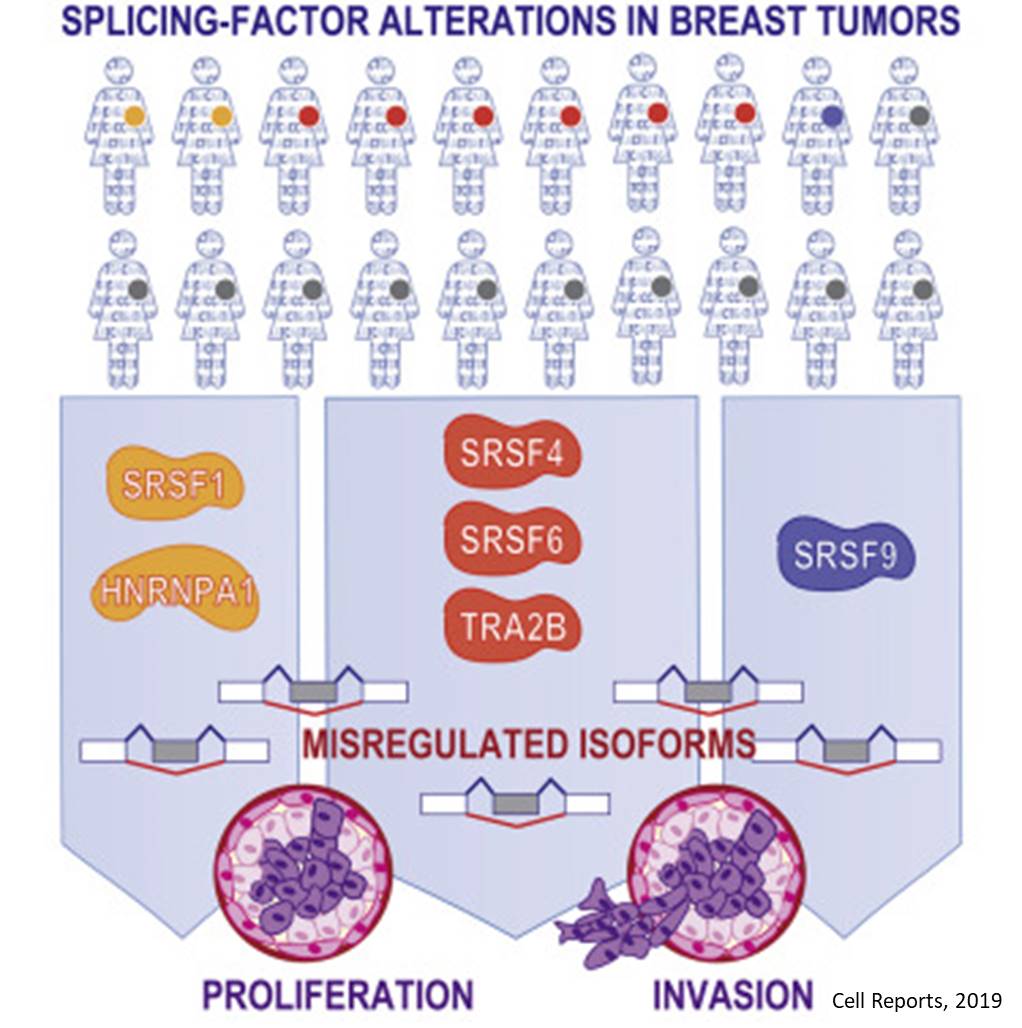 If your DNA is a cookbook, a single gene is a recipe. But it's a flexible recipe that if edited one way can make a pie; edited another way can make a cake. And that difference can mean cancer, as a team of researchers who looked at those gene editors writes in the journal Cell Reports.

Those gene editors are known as splicing factors. When a gene is read out and copied, splicing factors choose where to cut and past the text so that it will give the right recipe to the cell for that moment in time.

The researchers were curious whether splicing factors could be responsible for the way some breast cancers grow and spread through the body. If a splicing factor was giving the cell the wrong recipe, it could cause the cell to behave badly, growing out of control or migrating through the body to cause cancers elsewhere, in what's called metastasis.

The researchers blocked TRA2B expression in cells, in tiny tumors in a petri dish, and in mice. In all three situations, cells lacking TRA2B were unable to metastasize.

Identifying TRA2B was exciting. Finding a way to block it could provide a treatment for this most dreaded form of breast cancer. The researchers hope to learn more about how the splicing factors become dysregulated, and eventually develop a drug to target them.