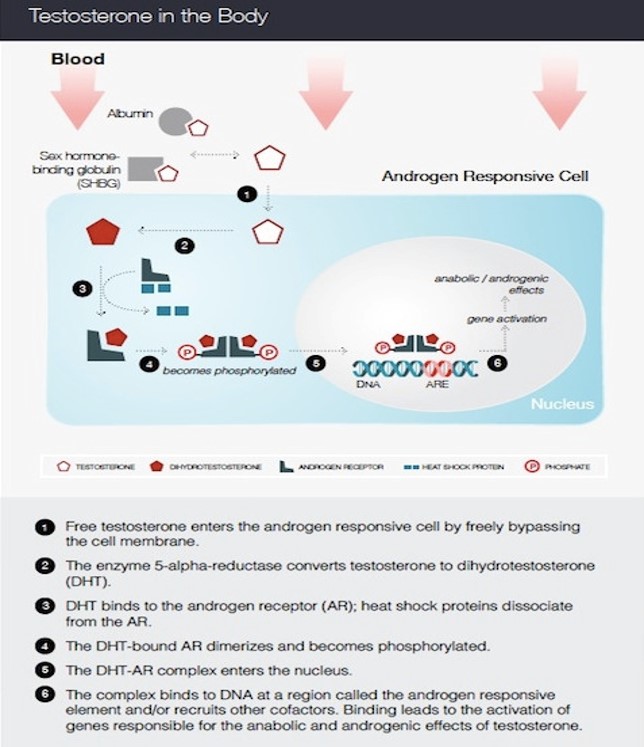 The findings come from the largest study to date on the genetic regulation of sex hormone levels, published in Nature Medicine. Despite finding a strong genetic component to circulating testosterone levels in men and women, the authors found that the genetic factors involved were very different between the sexes.

The researchers verified their genetic analyses in additional studies, including the EPIC-Norfolk study and Twins UK, and found a high level of agreement with their results in UK Biobank.

A joint senior author on the paper, says: "Our findings that genetically higher testosterone levels increase the risk of PCOS in women is important in understanding the role of testosterone in the origin of this common disorder, rather than simply being a consequence of this condition."

"Likewise, in men testosterone-reducing therapies are widely used to treat prostate cancer, but until now it was uncertain whether lower testosterone levels are also protective against developing prostate cancer. Our findings show how genetic techniques such as Mendelian randomisation are useful in understanding of the risks and benefits of hormone therapies."

One of the lead authors of the paper, added: "Our findings provide unique insights into the disease impacts of testosterone. In particular they emphasize the importance of considering men and women separately in studies, as we saw opposite effects for testosterone on diabetes. Caution is needed in using our results to justify use of testosterone supplements, until we can do similar studies of testosterone with other diseases, especially cardiovascular disease."