The role of hypoxia-inducible factors in tumor growth and suppression 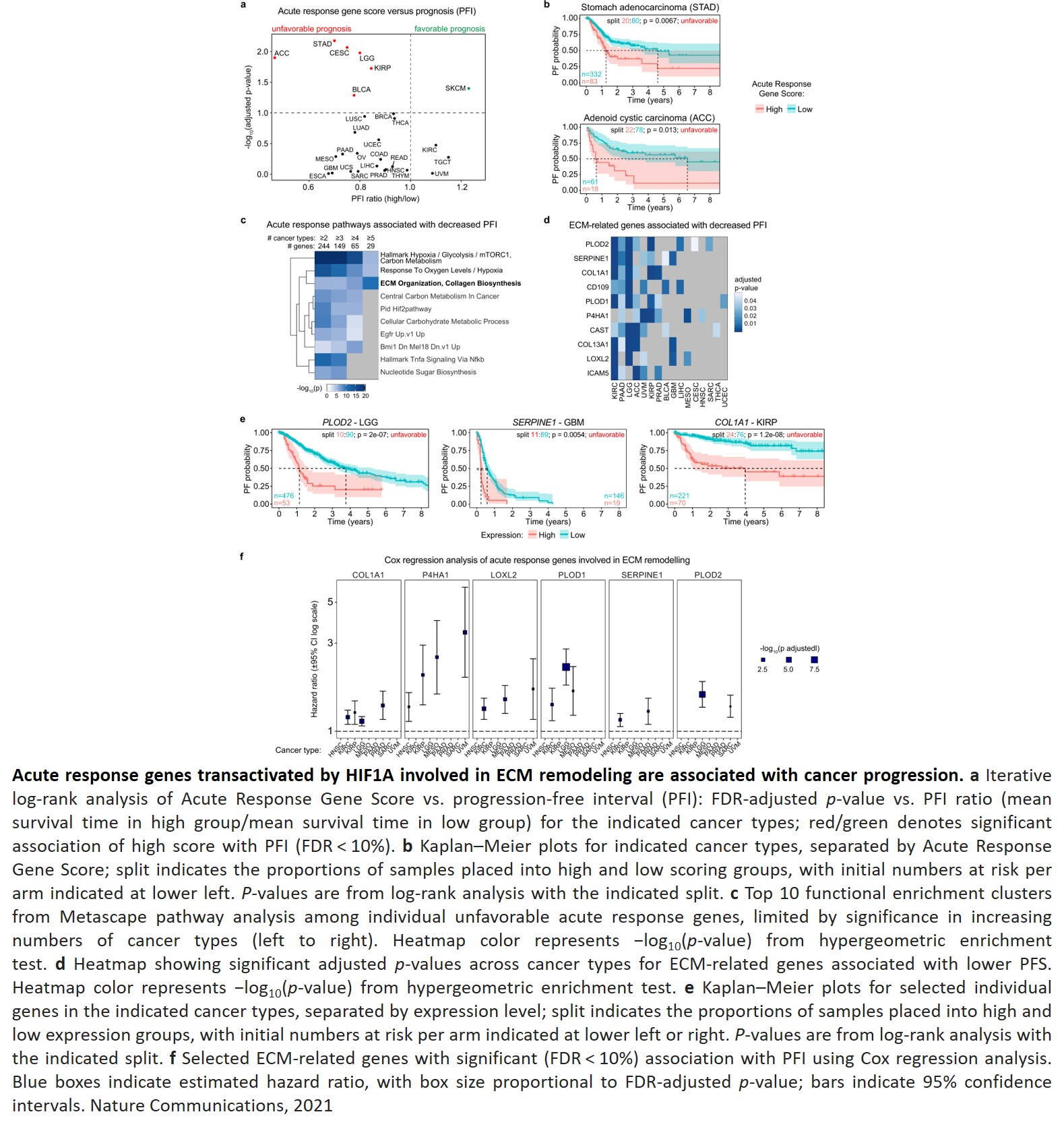 A team of researchers recently published a paper offering new insight into the role that oxygen deprivation, or hypoxia, plays in cancer development.

For their paper published in the journal Nature Communications, the team used state-of-the-art genomics technologies to map the response of cancer cells to hypoxia with unprecedented detail, leading to novel discoveries about how hypoxia-inducible factors (HIFs) affect cancer cells and tumor growth.

The cellular adaptation to hypoxia is one of the fundamental aspects of cancer biology, especially in solid tumors.

"Most tumors cannot growth unless they figure out a way to induce formation of new blood vessels to supply them with oxygen and other nutrients," the author explains. "So, what happens inside of solid tumors is they undergo intermittent periods of low oxygen between rounds of new blood vessel formation."

Past research has primarily focused on the long-term effect of hypoxia on tumor growth, generally characterizing it as oncogenic, or cancer promoting. However, other studies indicated that the factors that sense hypoxia, known as hypoxia inducible factors, or HIFs, can act as suppressors of tumor growth in some settings. In order to advance the field beyond this controversy, the authors investigated the immediate acute response to hypoxia.

"We employed a cutting-edge genomics technology that nobody had employed in this field before that allowed us to see what happens to cancer cells within minutes of depriving them of oxygen," the senior author says.

What they found was that when a cell is deprived of oxygen, its first reaction is to stop growing in order to preserve its existing nutrients and oxygen. That means at this point, hypoxia causes a tumor-suppressive reaction, mostly by preventing synthesis of new proteins. It is only after longer periods of hypoxia that tumors start to grow and metastasize as the cells invade neighboring tissues in search of oxygen.

Importantly, the mechanisms of tumor suppression and promotion elicited by HIFs are amenable to pharmacological intervention. Tumor suppression is mediated by inhibition of an enzyme known as mTOR, which in turn can be inhibited by available drugs often used in cancer therapies. "mTOR inhibitors could mimic the tumor suppressive effects of HIFs," the lead author explains.

The mechanism of tumor promotion, on the other hand, has to do with the cells' need for oxygen after an extended period of hypoxia. Usually, our cells are held together and in place by a structure called the extracellular matrix. However, after being deprived of oxygen for a longer amount of time, the HIFs switch on a set of enzymes that can degrade the extracellular matrix, allowing the cancer cells to escape the oxygen-deprived tumor. This results in the cancer cells entering the bloodstream and spreading to previously healthy tissues.

"These results emphasize the importance of developing inhibitors of hypoxia-inducible enzymes that degrade collagen and other components of the extracellular matrix," the senior author says.

The team hope that their research will guide the development of future therapies that can better target not only cancer cells themselves, but also target the right processes in cancer cells at the right times. Whereas our previous understanding may have led cancer researchers to try to shut down the hypoxia response altogether, the team's research indicates that it may be preferable to target it only at certain times.

"People have been trying to target the hypoxia-inducible factors with different therapeutics, but this research would suggest that you may want to exercise some caution about when you apply those therapeutics, given that the HIFs can be tumor suppressive in the early stages of hypoxia," the lead says.

"Since the hypoxic response can be tumor suppressive in some contexts and oncogenic in other contexts, it's not a good idea to issue a blanket statement that we should always try to shut it down," the senior author adds. "Instead, we should be thinking about what aspect of the hypoxic response to target, and that's the aspect where hypoxia drives invasion and metastasis."

The research is also groundbreaking in its detailed mapping of the hypoxic response in cancer cells, which the author says was only possible using new technologies.