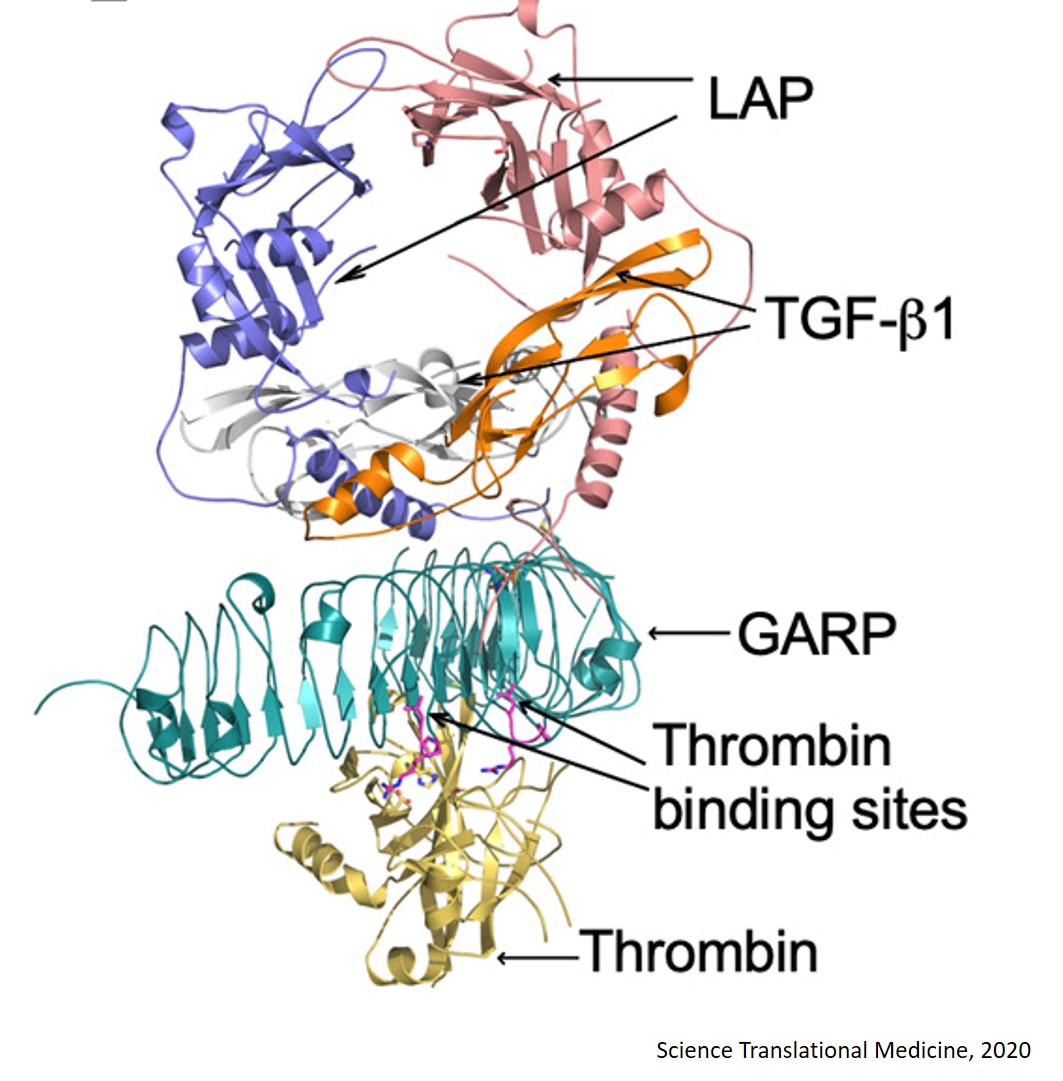 A new study reveals how a clotting protein and blood platelets can promote cancer progression and suppress immune responses to cancer.

The findings show how thrombin, a clotting protein in the blood, causes blood platelets to release transforming growth factor-beta 1 (TGF-b1), which is known for promoting disease progression in breast, prostate, colorectal and other cancers, and for suppressing immune-system responses to cancer.

Additionally, TGF-b1 is a leading cause for the failure of immune therapies such as PD1 inhibitors in cancer patients. This study may offers a new explanation for what causes tumors to resist immune therapies and become sensitive to the therapeutic agents.

The researchers used animal models to show that inhibiting thrombin activity prevents the release of TGF-1b and makes tumors that were resistant to anti-PD-1 immunotherapy susceptible to these agents.

The findings are reported in the journal Science Translational Medicine.

"In this study, we describe a direct connection between thrombin and TGF-b1, a cytokine that promotes tumor progression and suppresses the ability of immune cells to attack the tumor," says principal investigator.

"We also show that systemically interfering with this mechanism prevents the release of TGF-1b and leads to changes in the tumor microenvironment that are favorable to anticancer immune responses," says the PI.

The author notes that cancer is similar to an unhealed wound that constantly activates the coagulation pathway and generates high concentrations of thrombin in and around a tumor. That, in turn, causes chronic platelet activation and release of TGF-1b.

Research has shown that inhibiting TGF-b1 enhances cancer immunotherapy, the author adds. "If we can effectively inhibit TGF-b1 maturation or function, it should open new avenues for cancer therapy."

For this study, the authors used blood samples from cancer patients, genetic analyses, cell lines and animal models to investigate the mechanism underlying the release of mature TGF-1b and the implications of blocking that release as a means of cancer immunotherapy.

The authors show that thrombin cleaves a molecule called GARP (glycoprotein A repetitions predominant) that is found on the surface of platelets. GARP cleavage leads to the release of mature TGF-1b from platelets. This cleavage is required to activate platelet TGF-b1. Blocking thrombin using the inhibitor dabigatran etexilate greatly altered the tumor microenvironment and increased the number and activity of tumor-infiltrating T cells, natural killer cells and neutrophils.

"Overall, our study reveals a mechanism of cancer immune evasion that involves thrombin-mediated GARP cleavage and the release of TGF-b1 by platelets," the PI says. "It also suggests that blocking GARP cleavage could be an effective therapeutic strategy for overcoming cancer's resistance to immunotherapy."