Treating colon cancer with vitamin A 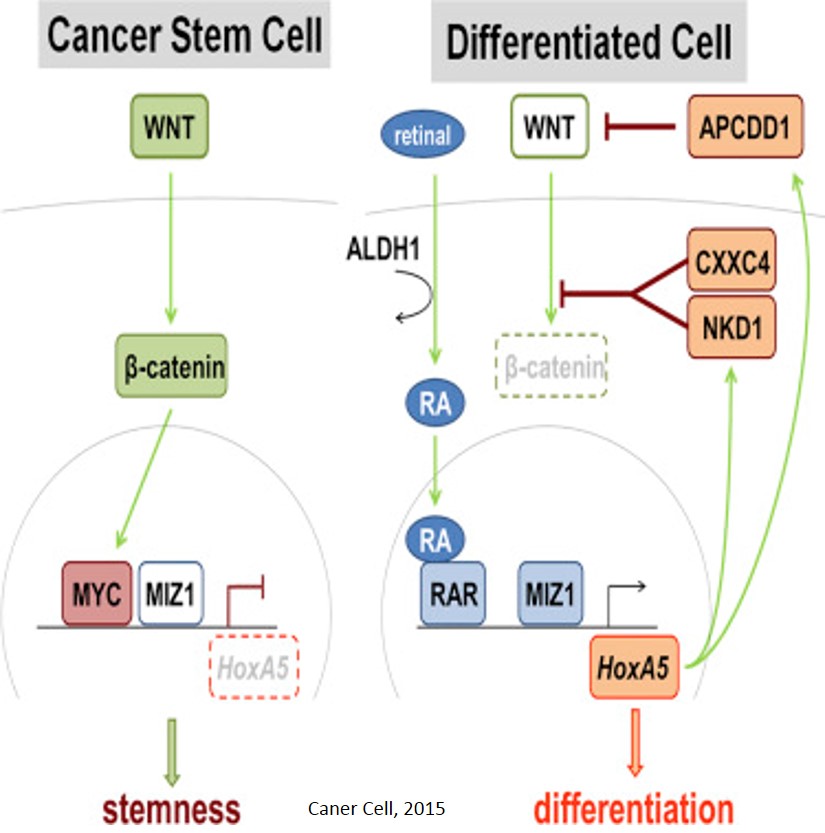 When a colon-cancer patient receives treatment, e.g. chemotherapy, most of the cancer cells die off. But the genetic mutations that caused the cancer in the first place can survive in a specific group of cells of the colon. These are actually stem cells, meaning that they are premature cells waiting to grow into full-blown, normal cells of the colon. After cancer treatment ends, the surviving stem cells, still containing the cancerous mutations, can reappear and cause a relapse.

The study focused on a protein called HOXA5, which belongs to a family of proteins that regulate the development of the fetus. These proteins are made during early development and work together to make sure that every tissue is correctly identified and that the fetus's body and limbs are patterned properly. In the adult body, proteins like HOXA5 regulate the body's stem cells to maintain both the identity and function of different tissues. Research team found that in the gut, HOXA5 plays a major role in restricting the number of stem cells, as well as the cells that make them.

Like all proteins, HOXA5 originates from a specific gene. The study showed that the cancerous stem cells of the colon use a biological mechanism that blocks it. This mechanism is called a "signaling pathway" because it involves a domino of molecules, each activating the next one down the line. The purpose of a signaling pathway is to transmit biological information from one part of the cell to another, e.g. from the outer membrane all the way to the nucleus. By blocking the HOXA5 gene, the cancerous stem cells of the colon can grow uncontrollably and spread, causing relapses and metastasis.

The researchers looked for ways to reverse the blocking of HOXA5. The answer came from vitamin A. This small chemical structure is called a retinoid, and it has been known to induce differentiation of stem cells in the skin. The EPFL scientists found that retinoids can re-activate HOXA5.

In mice that had colon cancer, the treatment with retinoids blocked tumor progression and normalized the tissue. By turning the gene for HOXA5 back on, this treatment eliminated cancer stem cells and prevented metastasis in the live animals. The researchers got similar results with samples from actual patients.

The new study suggests that patients that may profit from this well-tolerated treatment can be identified based on their expression pattern for the HOXA5 gene.

Retinoid differentiation therapy could be significantly effective against colon cancer, not only for treatment of existing disease but also as a preventive measure in high-risk patients.