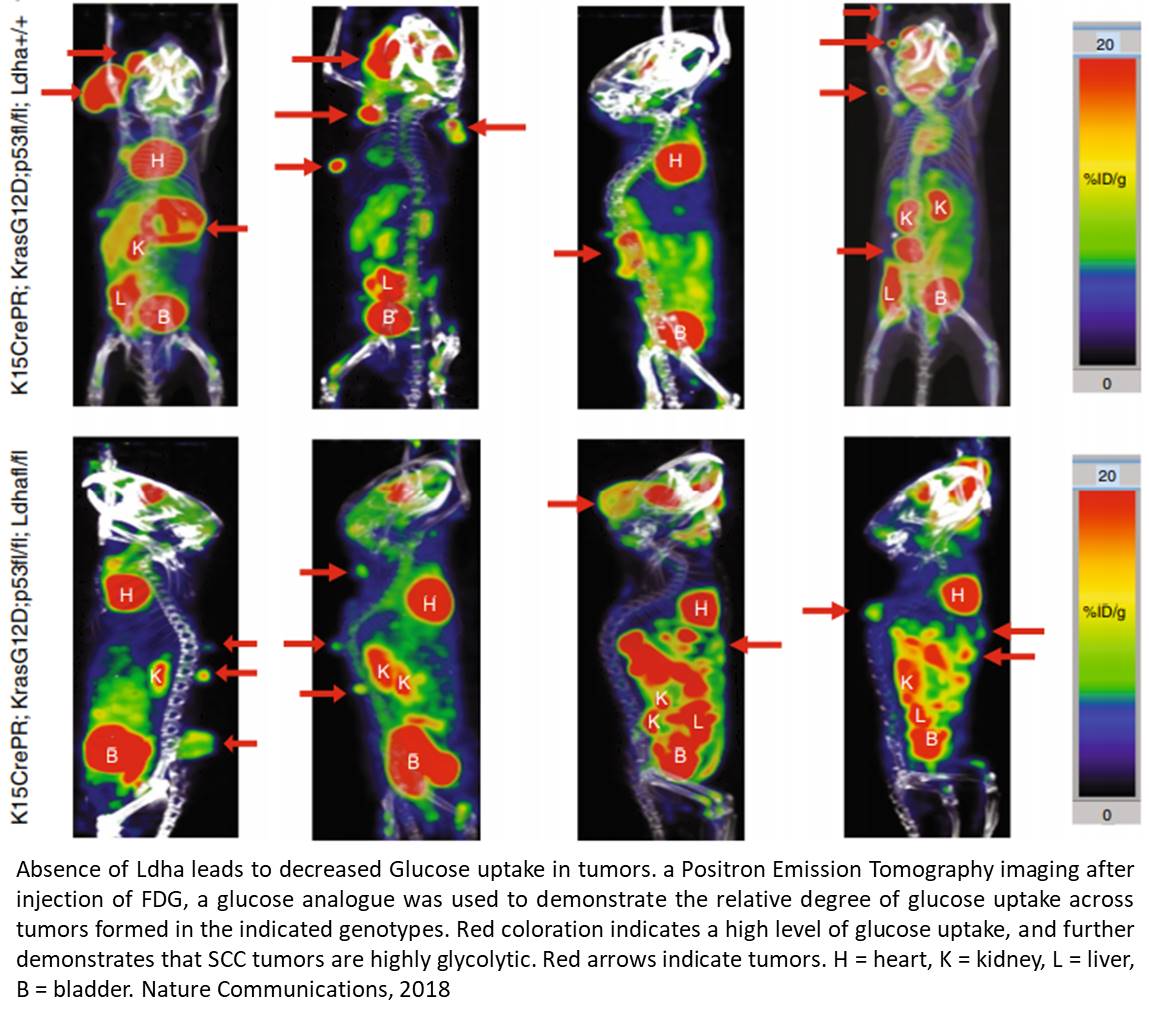 Scientists have discovered that squamous cell skin cancers do not require increased glucose to power their development and growth, contrary to a long-held belief about cancer metabolism.

The findings could bring about a better understanding of many cancers' metabolic needs and lead to the development of more effective therapies for squamous cell skin cancer and other forms of epithelial cancer. The research was published in the journal Nature Communications.

A fundamental doctrine of cancer metabolism theory is that cancer cells are glycolytic, meaning they consume more glucose and produce more lactate than normal cells. This metabolic shift, called aerobic glycolysis, or the Warburg effect, has been observed in thousands of experiments and inspired treatments that aim to stop tumor growth by preventing cancer cells from increasing their glucose consumption. To date, this treatment approach has not proven successful in clinical trials.

Considering these clinical limitations, researchers set out to examine if increased glucose consumption is truly indispensable to cancer formation and growth.

They decided to approach this problem using squamous cell skin cancer as a model, as they had made two key discoveries about the nature of this cancer in recent years.

The team studied the progression of squamous cell skin cancer in animal models whose hair follicle stem cells had been genetically modified to limit their glucose consumption. Specifically, they de-activated a gene called lactate dehydrogenase-a, which catalyzes the final step in a cell's process of converting glucose to lactate. Deactivating this gene prevented this final step from taking place, which in turn caused the cells to dramatically reduce their glucose consumption.

The change had no effect on cancer incidence or progression. When faced with insufficient glucose for their increased needs, the cancer cells in this model simply altered their metabolism to derive energy from the amino acid glutamine.

"These findings suggest that tumors are metabolically flexible and can use nutrients other than glucose to fuel growth," said the author. "Understanding all of the nutrients cancers use for growth is critical to developing drugs that can successfully target cancer's metabolism."

The team double-checked their findings by conducting a converse experiment using hair follicle stem cells that had been genetically modified to increase glucose consumption. If their initial finding was incorrect, stimulating glucose consumption would make the tumors grow faster - it did not.

"The cells still formed cancer, but they didn't do so any faster and it wasn't any more serious," said a first author of the study. "The behavior and progression of the disease was quite similar to the disease observed in the model with reduced glucose consumption."

As a next step, the team will conduct experiments to determine if reducing the consumption of both glucose and glutamine can stop the growth of squamous cell skin cancers.

"If limiting cancer's intake of both of these nutrients is shown to be effective, then that points to a path toward the clinic in the form of a combination therapy," said the author.

The authors also identified two drug candidates that, when used in combination, may stop the growth of squamous cell lung cancers by reducing the uptake of both of these nutrients.