Type of TP53 mutations and their affect in cancer 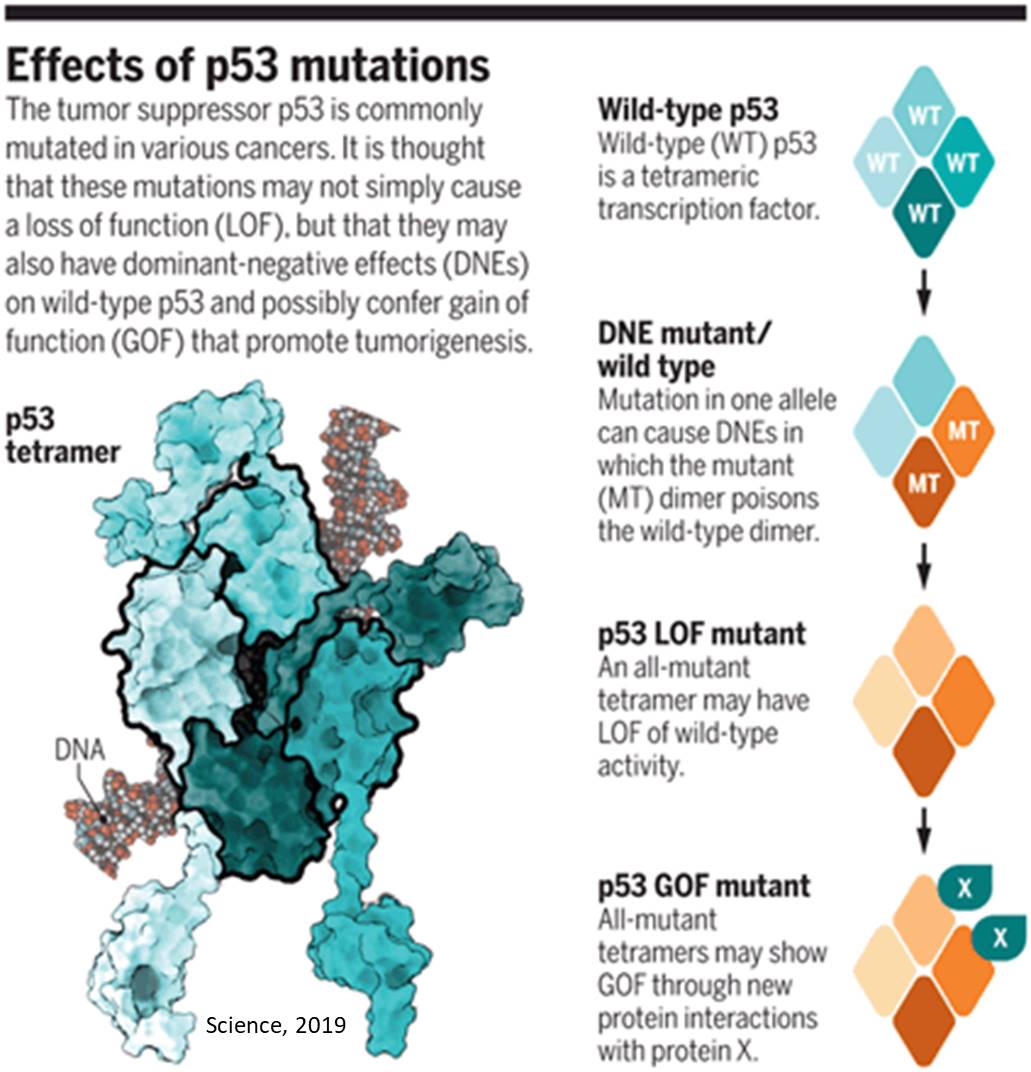 A comprehensive functional analysis of TP53 mutations in human leukemia may refute a working hypothesis - primarily based on mouse studies - that missense mutations confer new cancer-causing functions to the p53 tumor suppressor protein; the new study instead suggests that these mutations exert a "dominant-negative" effect that reduces the cancer-suppressing activity of wild-type p53, the authors say.

The TP53 gene was discovered 40 years ago and it now known to be the most frequently mutated gene in human cancer. Initially, TP53 was mischaracterized as an oncogene but human genetic studies ultimately established that it encodes a tumor suppressor. But how cancer-associated mutations in TP53 alter the function of wild-type p53 has continued to be the subject of debate.

The vast majority of TP53 mutations across all cancer types are missense mutations, which can result in non-functional or dysfunctional p53. Based largely on mouse model experiments, it has been hypothesized that certain missense mutations can transform the p53 tumor suppressor into a tumor promoter via so-called oncogenic "gain of function" (GOF) effects.

This isogenic analysis - as well as comprehensive mutational screening, in vivo experiments in mice and an analysis of clinical data - did not support the notion that missense mutations confer new oncogenic functions to the p53 tumor suppressor protein.

Instead, the authors discovered that the mutations confer either loss of function effects or dominant-negative effects (DNE) that reduce the tumor-supressing efficacy of wild-type p53 in human leukemia.  In mice, the DNE of p53 missense variants confers a selective advantage to hematopoietic cells on DNA damage. Analysis of clinical outcomes in patients with acute myeloid leukemia showed no evidence of GOF for TP53missense mutations. Thus, a DNE is the primary unit of selection for TP53 missense mutations in myeloid malignancies.