UV light may be a greater risk for melanoma than suspected 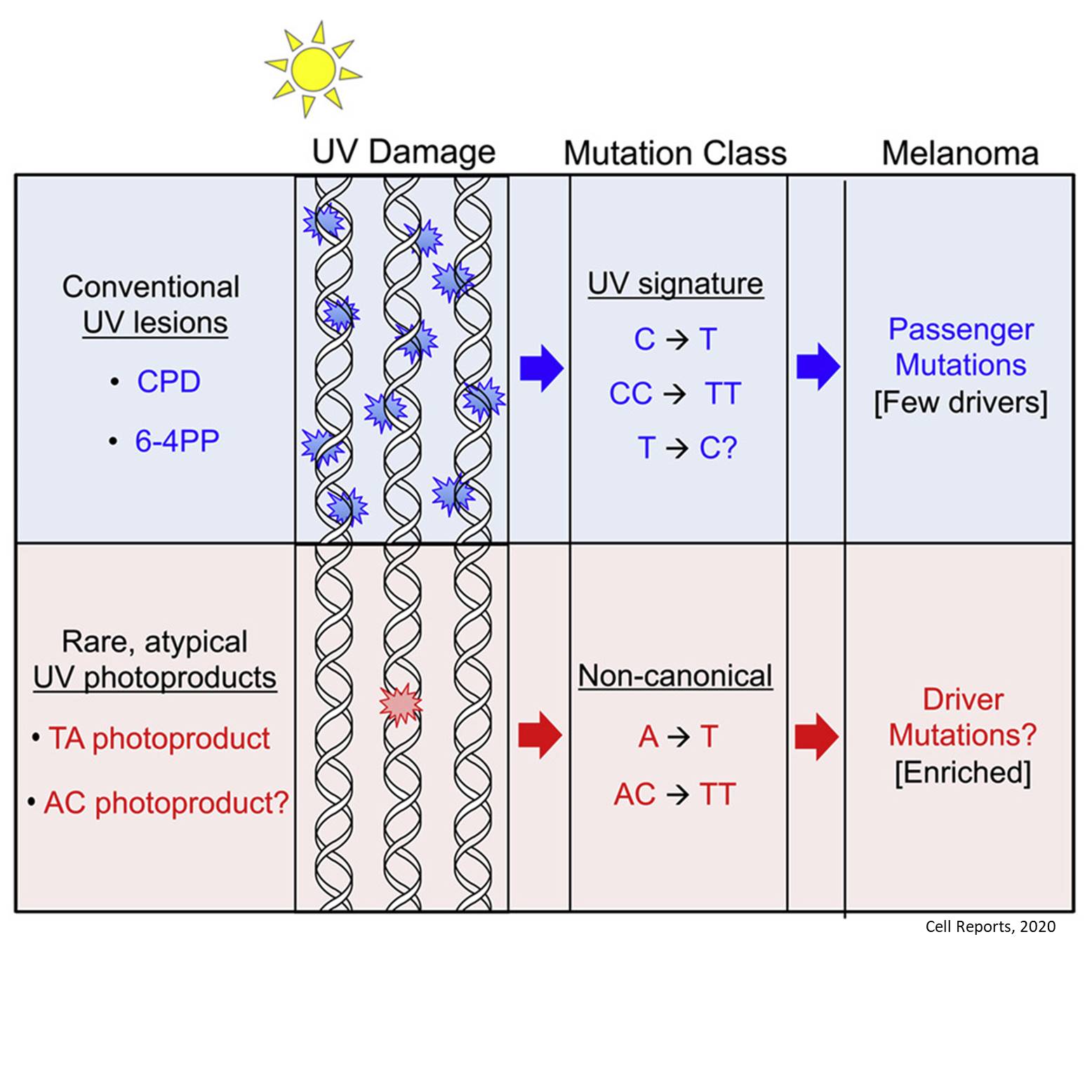 Studies conducted in yeast show that exposure to ultraviolet light (UV) induces new types of DNA damage that may cause the deadliest form of skin cancer, malignant melanoma.

That's according to research conducted by a team and was published in Cell Reports.

While melanoma has been associated with UV light, this study directly links UV exposure to the atypical mutations known to spread the disease. The results also indicate that UV light can induce a more diverse spectrum of mutations than previously suspected.

"There's been this debate: how much does UV light cause the mutations that actually cause the cancer?" the author said. "Our research supports that UV light plays a major role in producing mutations specific to the growth and spread of melanoma."

As in humans, UV light damages DNA and produces mutations in baker's yeast, making it an excellent model to study how dangerous the resulting mutations can be.

Researchers irradiated yeast cells from 150 yeast colonies with UV lamps 15 times for 8-second intervals over the course of a month. They used UV-C radiation, the strongest form or ultraviolet light. The team then used whole-genome sequencing to identify an estimated 50,000 mutations that occurred in cells due to the UV irradiation.

The team found about half of all the mutations found in the irradiated cells were rare mutations linked to melanoma.

Until now, UV damage in DNA was thought to be confined to two of the DNA bases: C (cytosine) or T (thymine). However, this new research indicates that UV damage also occurs at low frequency at A (adenine) DNA bases, a surprising finding. Similar non-canonical mutations are present in skin cancers, which also display transcriptional asymmetry and dependence on nucleotide excision repair. These include multiple driver mutations, most prominently the recurrent BRAF V600E and V600K substitutions, suggesting that mutations arising from rare, atypical UV photoproducts may play a role in melanomagenesis.

The researchers also showed that a single intense exposure of ultraviolet-B radiation, which is present in sunlight, could also induce the atypical mutations.