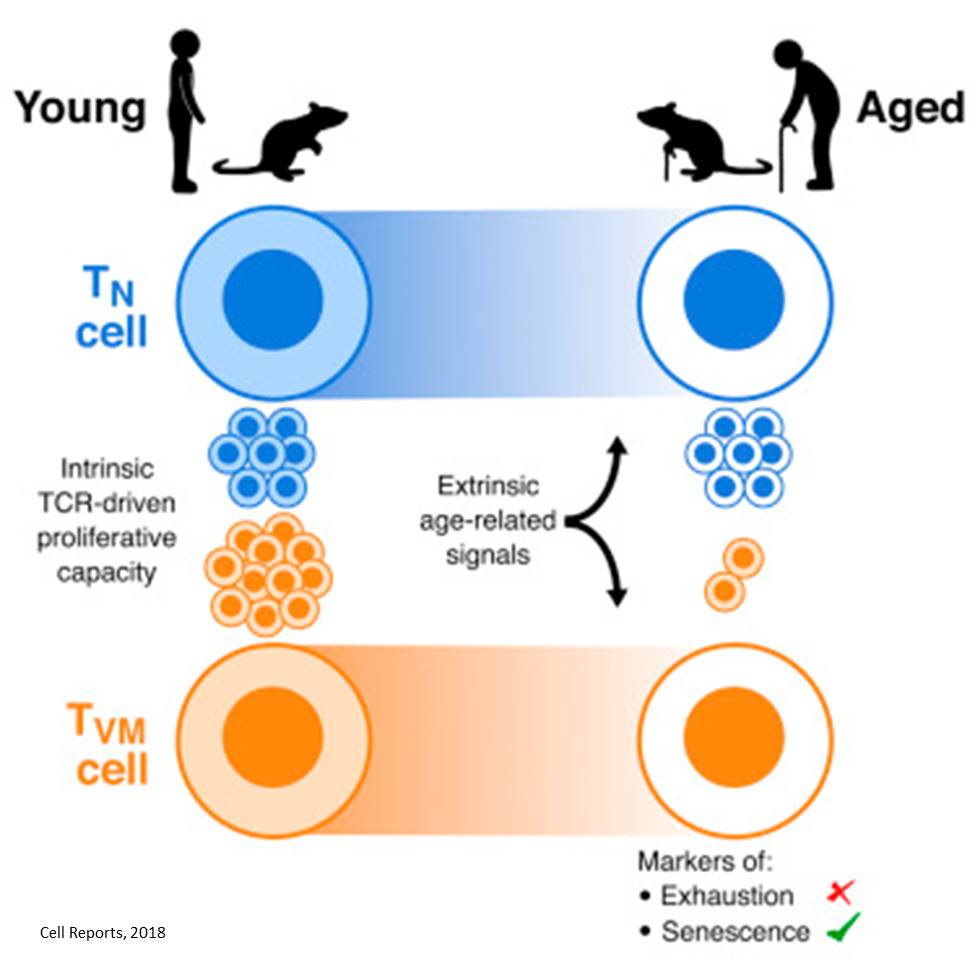 A new study published today in Cell Reports, may have found a group of immune cells that increase in number with age but are too worn out to fight off diseases.

Researchers found that a subset of immune cells, called virtual memory T cells, make up around 5% of T cells in young animal models and humans but accumulate significantly with old age and lose the ability to become activated. Importantly, the researchers found that another subset, called true naïve T cells, retain their capacity to mount an immune response but decline in frequency dramatically with increasing age, from 90 per cent to 30 per cent in animal models and humans. These shifts are likely caused by age-related inflammation or "inflamm-ageing".

According the senior researcher, the accumulation of dysfunctional virtual memory T cells, in addition to the loss of true naïve T cells, may explain why older people have reduced immune responses to cancer and vaccines, and why cancer immunotherapy is less successful in the elderly.

"In cancer immunotherapy, a patient's own T cells are stimulated to kill cancer cells and it has been hugely successful for certain forms of cancer. Unfortunately, older patients or people over 65 years of age respond less well than younger ones," the senior author said.

"This may be because of the differences we see in these T cell subsets in older versus younger patients," author said.

"Using these observations, we may be able to tailor cancer immunotherapy specifically for the needs of an older patient's immune system- this is where medicine must head to meet the needs of our ageing society," senior author said.