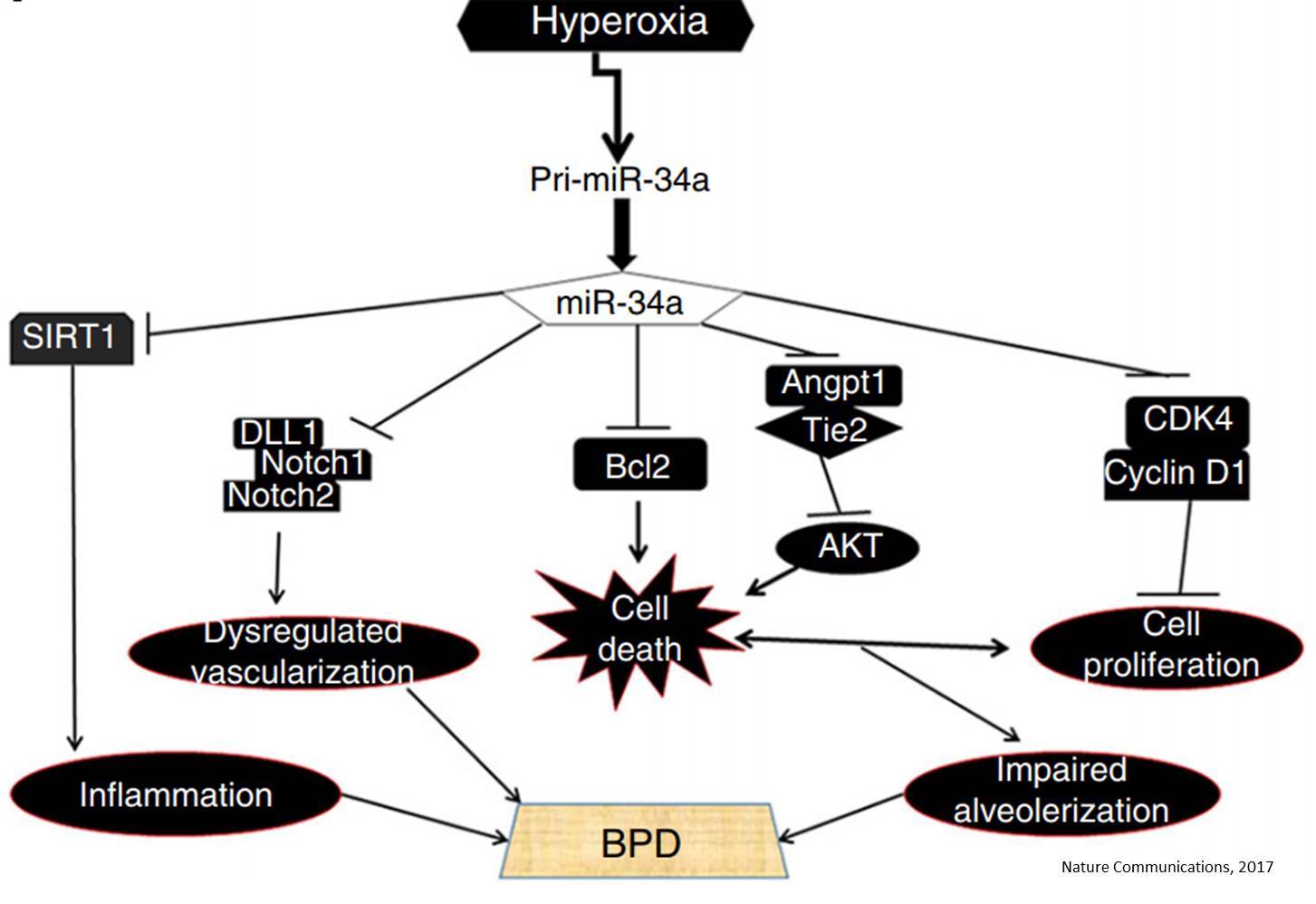 Researchers have revealed that inhibiting the micro-RNA miR-34a significantly reduces bronchopulmonary dysplasia (BPD) in mice. BPD is a chronic lung disease that affects up to 15,000 premature infants every year in the United States. The study, published in Nature Communications, suggests that targeting this "master regulator" (miR-34a) could treat this complex disorder.

BPD develops when premature infants with underdeveloped lungs need help to breathe and are treated with supplemental oxygen. Though the oxygen is life-saving, it often leads to inflammation and injury in the lungs, which can cause life-long breathing problems.

The researchers also tested lung tissue collected postmortem from babies who had died at different ages from lung disease. Again, they found that this particular microRNA was expressed in the samples and also its downstream targets (the production of proteins) were suppressed in the ones with BPD.

Next, the researchers found that levels of miR-34a levels were increased in the lungs of neonatal mice exposed to high levels of oxygen. The team then blocked the microRNA by repressing gene expression, as well as pharmacologically, by injecting the mouse models with the downstream target of the miR-34a, angiopoietin-1. Blocking miR-34a or injecting angiopoietin-1 in the mouse models improved their lung architecture by up to 90 percent, compared to controls.

"People have been looking to find a master regulator involved in BPD, and many thought it could not be found, because it is such a complicated disease," author said. "But we have comprehensively proven that miR-34a controls at least four different pathways involved in BPD."

The researchers are pinpointing new targets for treating BPD and moving toward clinical trials to test new treatments for the disease.