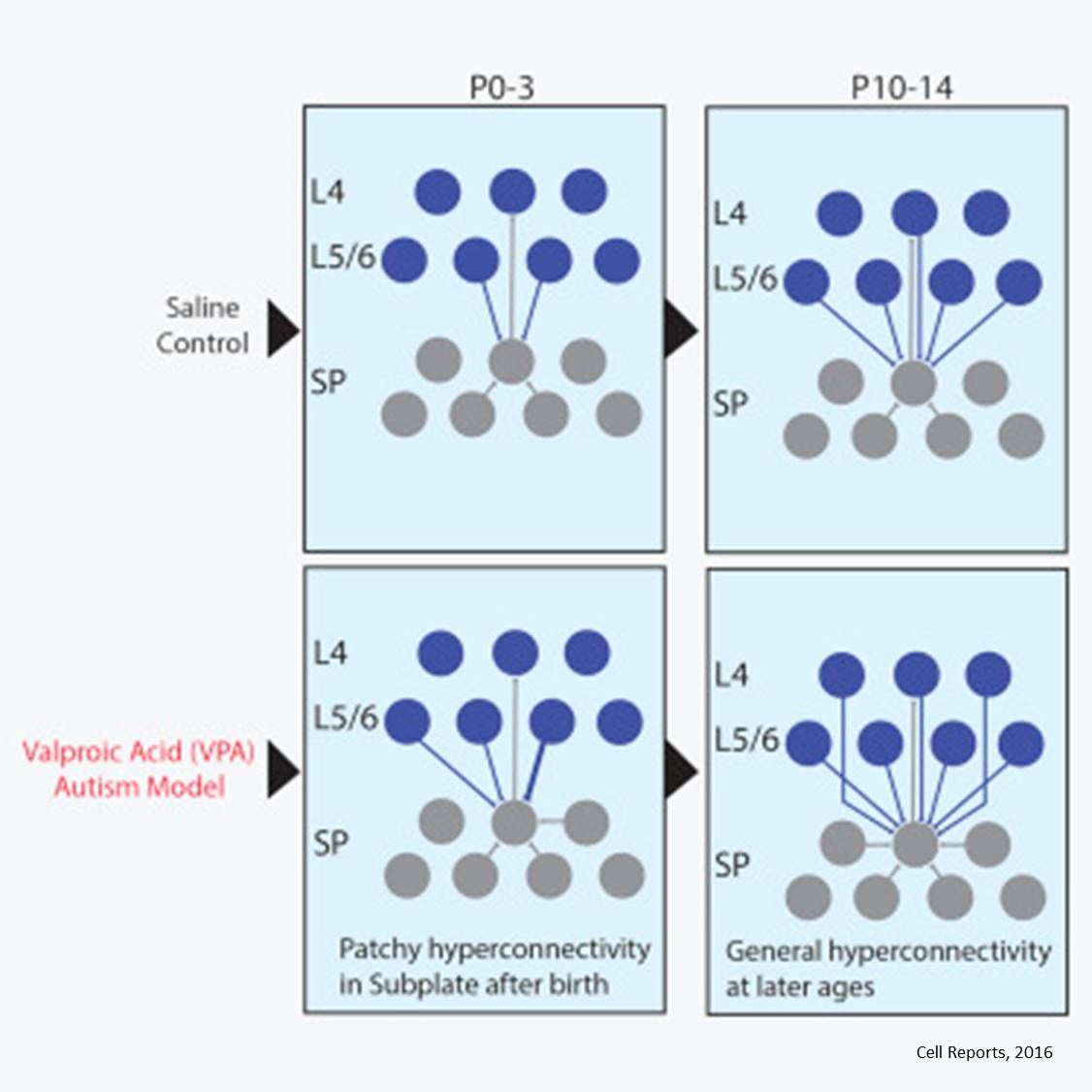 Autism is not a single condition, but a spectrum of disorders that affect the brain's ability to perceive and process information. Recent research suggests that too many connections in the brain could be at least partially responsible for the symptoms of autism, from communication deficits to unusual talents.

New research suggests that this overload of connections begins early in mammalian development, when key neurons in the brain region known as the cerebral cortex begin to form their first circuits. By pinpointing where and when autism-related neural defects first emerge in mice, the study results could lead to a stronger understanding of autism in humans--including possible early intervention strategies.

The researchers outline their findings in a research paper published in the journal Cell Reports.

Subplate neurons form the first connections in the developing cerebral cortex--the outer part of the mammalian brain that controls perception, memory and, in humans, higher functions such as language and abstract reasoning. As the brain develops, the interconnected subplate neurons build a network of scaffolding thought to support other neurons that grow later in development.

To study the relationship between autism and subplate neuron development in mice, researchers began with a well-established mouse model of autism. The model involves dosing mouse embryos with valproic acid (VPA) on day 12 of their 20-day gestation period by injecting the drug into the mother mouse.

VPA has a known link to autism in humans and also induces autism-like cognitive and behavioral abnormalities in mice. For example, normal newborn mouse pups will emit frequent, high-pitched noises when they are separated from their littermates, but VPA-treated pups do not.

The researchers used a technique called laser scanning photostimulation to map the connections between individual subplate neuron cells in the brains of the mouse pups. Within the first week after birth, the VPA-dosed mice showed some patches of "hyperconnected" subplate neurons. In contrast, control mouse pups dosed with plain saline solution showed normal connections throughout their cortical tissue.

If the same dynamic plays out in human brains, hyperconnections in the developing cortex could result in the neural pathologies observed in human autism, senior author said. In mice as well as in humans, the critical window of time when subplate neurons develop is very short.

"Our results suggest that we might have to interfere quite early to address autism," senior author said. "The fetal brain is not just a small adult brain, and these subplate neurons are the major difference. There may, in fact, be other developmental disorders we can tackle using this information."