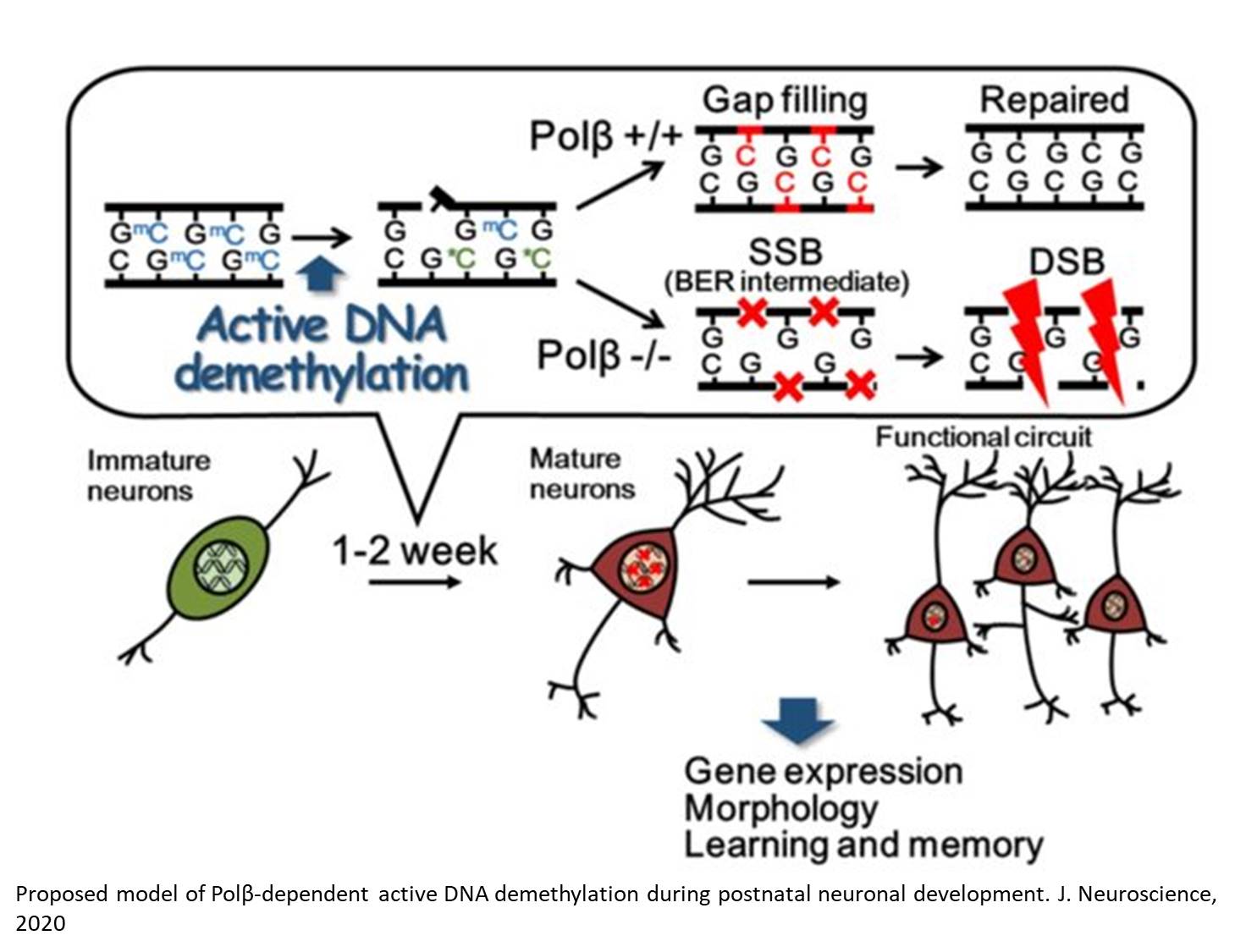 It's a fact of life that things break down. And when they do, whether it's your car, the roof, or a blocked artery, there are people who we can call to help with the repairs. A lesser known fact of life is that DNA also regularly breaks down and needs to be repaired. Researchers have been studying natural DNA repairmen in the developing brain. In a new study, they show that an enzyme known as Polβ prevents breaks in the DNA of specific neurons in the brain's hippocampus soon after birth.

Although Polβ was already known to prevent immature cells in the brain from dying by helping to repair DNA in neural stem cells, what it does in mature neurons was unclear. The researchers answered this question by creating mice in which nondividing mature neurons lacked Polβ. They found that these mice had many more breaks in their DNA, specifically in the CA1 and CA3 regions of the hippocampus--a region of the brain critical for learning and memory. The difference in the number of breaks peaked around two weeks after birth and then subsided, indicating that this phenomenon is related to brain development.

Throughout life, gene expression can be modified when certain molecules called methyl groups attach or detach themselves from DNA. During brain development, patterns of DNA methylation and demethylation can affect neurons and how they interact with each other. This in turn can affect future behavior and mental ability.

The team next focused on what happens to the mice because of all the double-stranded breaks in DNA. Analysis of the affected neurons showed that in addition to altered gene expression, the dendrites--the branch-like parts of neurons that receive input from other neurons--were thinner, shorter, and less complex than those in control mice. Along with these changes in the developing hippocampus, the mice themselves had difficulties forming certain kinds of memories.

"Although our results indicate a role for Polβ in genome maintenance during epigenetic regulation of gene expression during hippocampal development," says the author, "it remains unclear why genome maintenance of neurons is needed at this time. We hope to investigate whether this process is related to genome alternations observed in mental illness." Brain synapses across the mouse lifespan