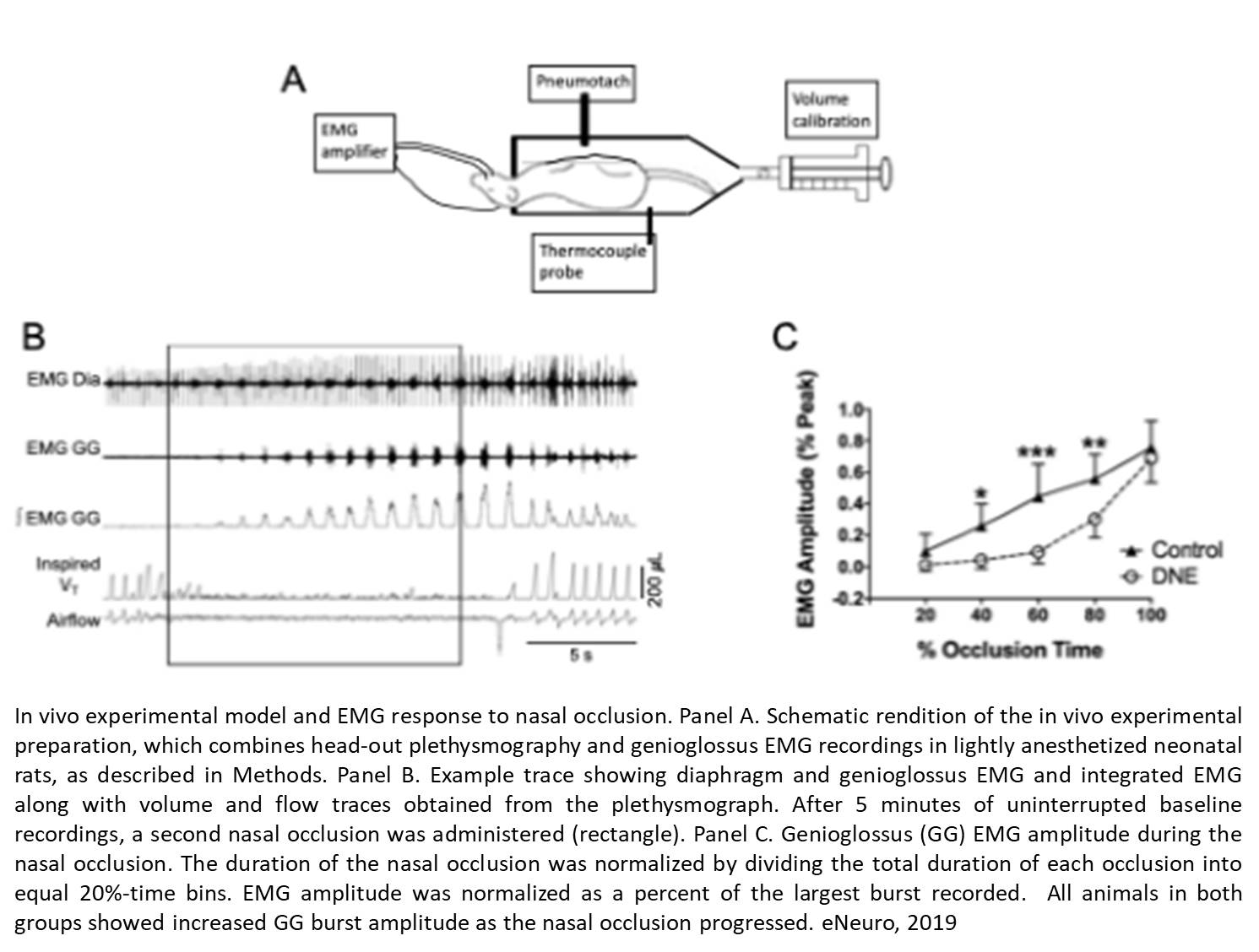 Exposure to nicotine during development inhibits the function of neurons controlling the tongue, according to research in newborn rats recently published in eNeuro. This impairment may be a factor in sudden infant death syndrome in humans.

The hypoglossal nerve activates the muscles of the tongue. Researchers exposed rats to nicotine in the womb and during the first few days of life. The team then measured the electrical activity of hypoglossal neurons during normal breathing and when breathing is stressed.

Normally, when breathing is obstructed, such as a blocking an animal's nostrils, a flood of excitatory neurotransmitters activate the hypoglossal neurons to move the tongue and open the airway. At rest, hypoglossal neurons in the rats exposed to nicotine behaved normally. However, during the breathing stressor test, the neurons from nicotine-exposed rats did not respond as robustly as those in the control rats, leading to difficulty breathing.

The researchers posit fetal and early life nicotine exposure in human babies could weaken their respiratory reflexes, increasing their susceptibility to sudden infant death syndrome in the face of a breathing obstruction.