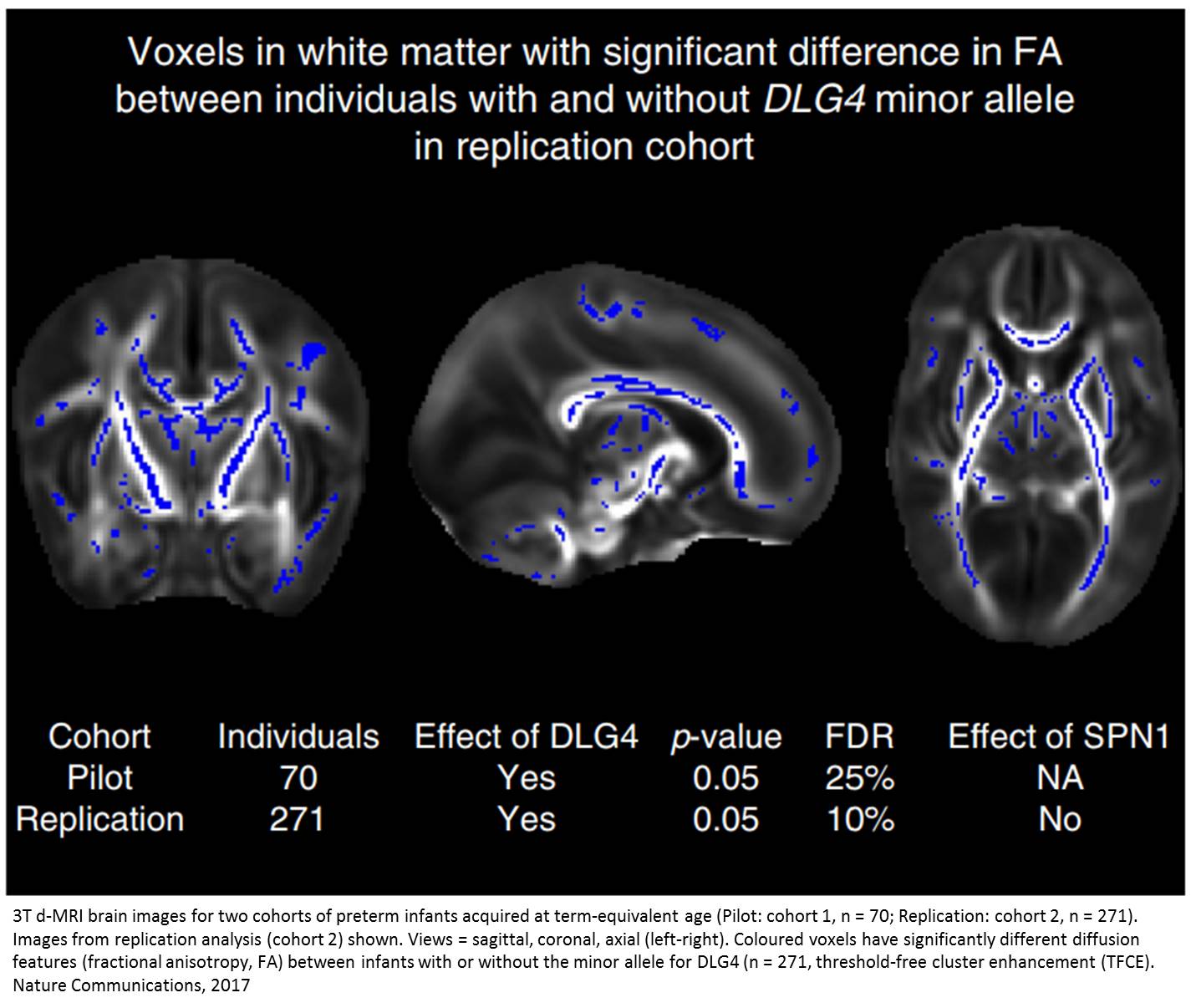 A gene has been identified by researchers that is thought to be associated with the types of brain damage that can be caused by pre-term birth.

Premature labor is associated with inflammation in the mother or baby, often due to infection. This can cause damage to the brain that could lead to lifelong conditions such as cerebral palsy, autism or learning or behavioral difficulties in up to 30 per cent of pre-term babies.

Published in Nature Communications, a new study investigated the role of microglial cells, which control the immune response in the brain, in responding to this inflammation. Researchers found a gene, known as DLG4, in these cells that is thought to be involved in controlling the inflammatory process.

DLG4 is found in different forms in all humans but previously was thought only to play a role in the function of the nervous system. This new finding suggests it is also involved in the process of brain damage in some pre-term babies and may open doors for research into more effective treatments of these diseases.

The study used an integrative approach which included mouse models of inflammation and a genomic analysis of over 500 infant brain scans. It identified differences in the way DLG4 was expressed in microglia in both the mouse models and brain scans.

Authors show that DLG4 (PSD95) protein is zby microglia in immature mouse and human, developmentally regulated, and modulated by inflammation; DLG4 is a hub protein in the microglial inflammatory response; and genetic variation in DLG4 is associated with structural differences in the preterm infant brain.

This finding suggests a previously unknown mechanism of brain injury caused by pre-term birth. Whilst the association requires further study to confirm the role of microglia and the DLG4 gene, the result contributes to an existing body of evidence that links the gene with both the immune response and neuropsychiatric diseases such as schizophrenia and autism.