How neurons reach their final destinations 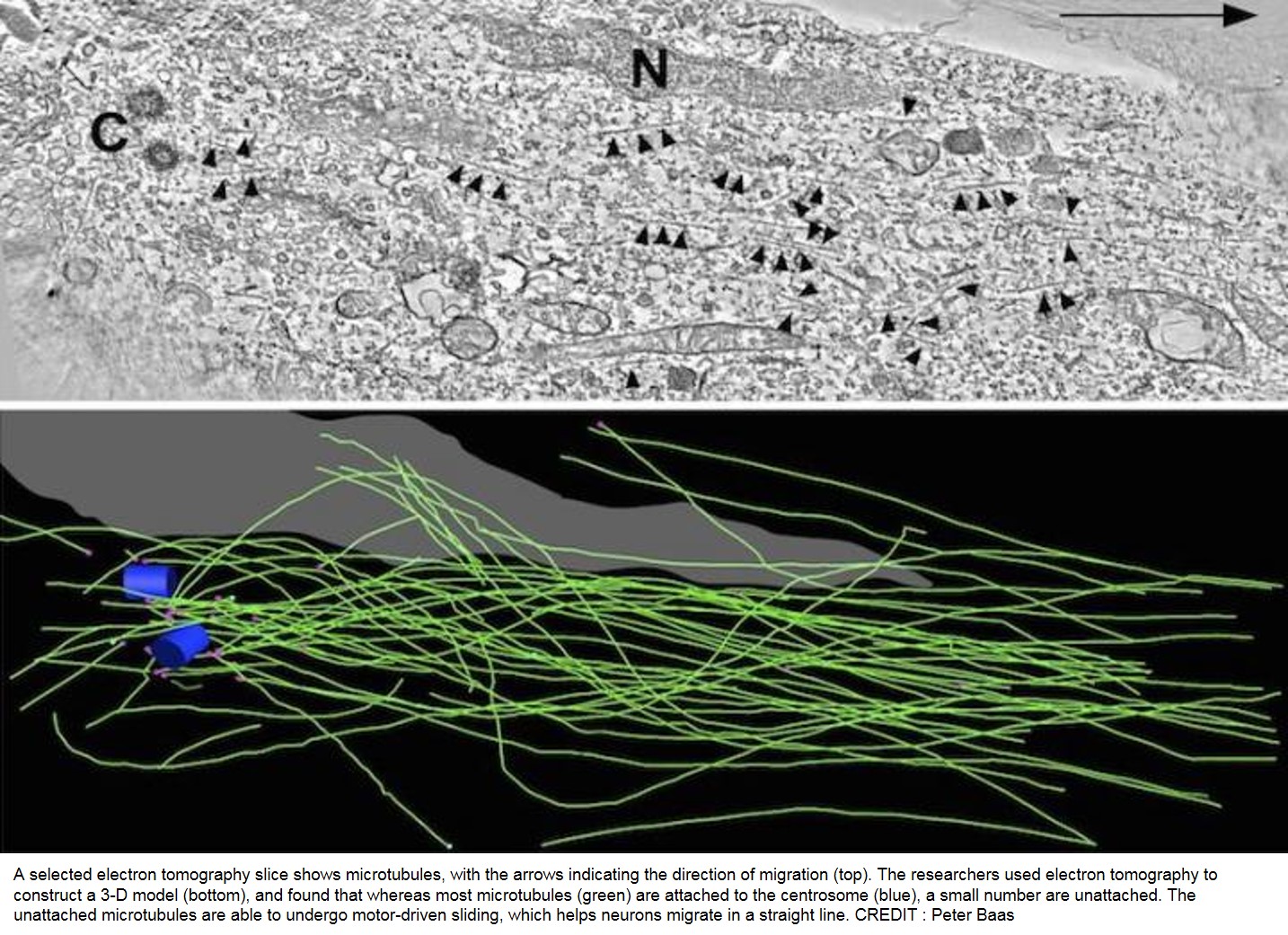 As the human brain develops, neurons leave their birthplace and take a trip to distant locations. Once they reach their final destination, the neurons then send out axons and dendrites -- the branches that receive and send messages from other cells.

Humans' most basic functions depend on this journey of neurons getting to where they need to go, and making correct connections once they arrive. This ensures that our eyes can see, our ears can hear, our fingers can touch and so on.

A new study from Drexel University researchers shows that the sliding movements of a small group of intracellular structures -- called microtubules -- play a key role in keeping neurons on a smooth, proper trajectory.

The study, published this month in the Journal of Cell Biology, focuses on microtubules and the molecular motor proteins that generate forces on these intracellular structures.

Until recently, the primary school of thought accepted that microtubules' main functions were to grow longer and shorter -- as merely "passive players" in the wiring of the nervous system.

The research team decided to use electron tomography -- the most rigorous imaging method available -- to see, first, whether some microtubules might actually be detached from the centrosome, and if so, how that detachment might contribute to neuron migration.

The researchers found that a small group of microtubules were not attached to the centrosome, and that motor proteins can actually slide these unattached microtubules within the neuron as it migrates.

Next, they wanted to know, do those sliding, unattached microtubules matter?

To find out, the researchers added a drug to immobilize them. They saw that, although the neurons still moved, they frequently changed direction, instead of migrating in a simple, straight line.

Going a step further, the researchers detached more microtubules from the centrosome by knocking out their anchoring protein. This caused many of the neurons to slow down or even come to a complete halt, and the neurons' axons continued to grow at long lengths.

By manipulating levels of protein, the researchers now know that even the smallest alterations can greatly change the morphology and migratory behavior of a neuron, which can translate to developmental problems.