How unwanted cells are eliminated during embryogenesis 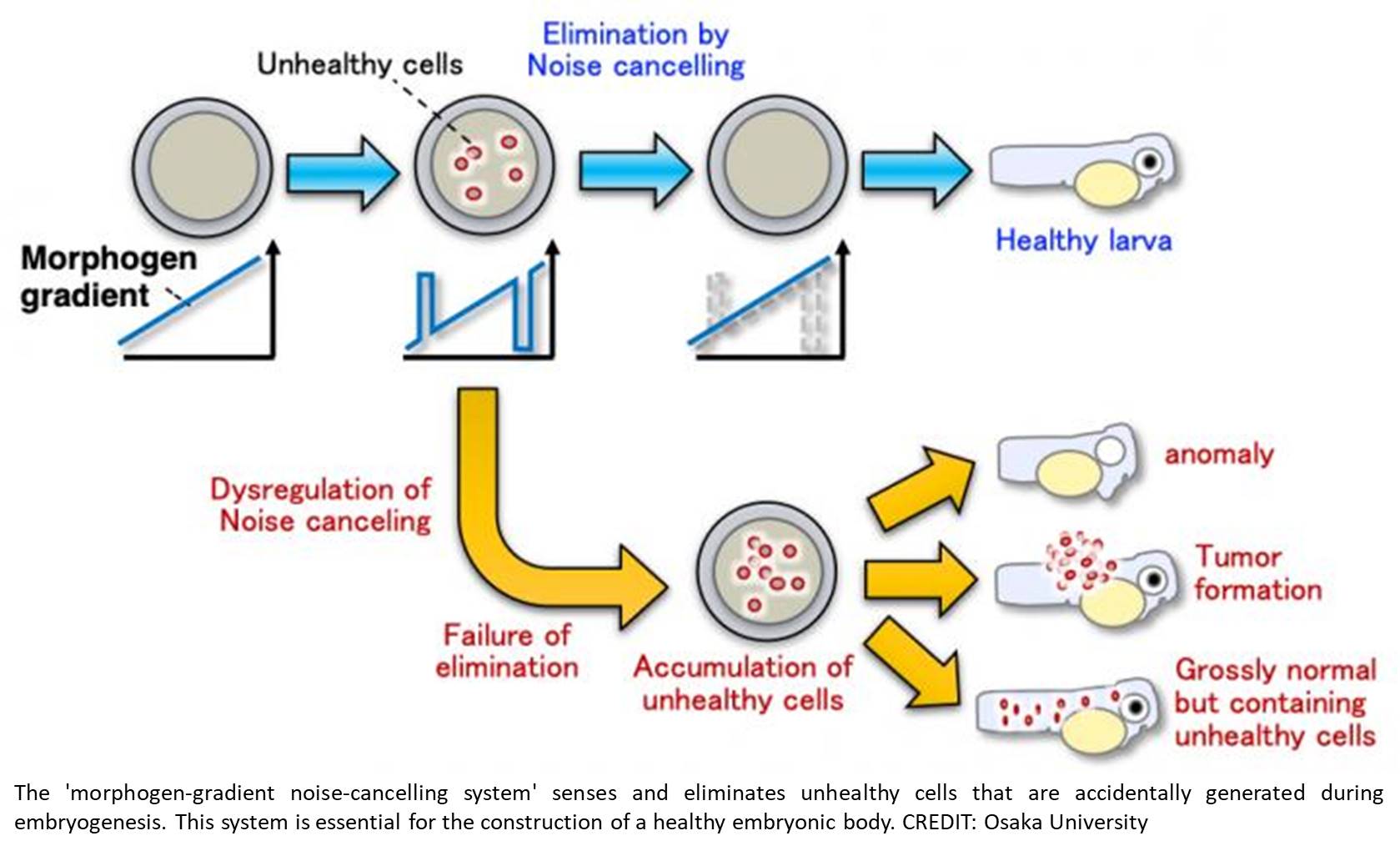 Tissue patterning is an important process during embryo formation, as well in adult tissue, which ensures that groups of cells are correctly arranged to allow them to function properly. Many studies have attempted to understand how disruptive cells (arranged or signaling improperly) are removed from healthy tissues; none have provided a clear explanation, until now.

In a new study published in Nature Communications, a research team investigated Wnt/β-catenin signaling, which constitutes a morphogen system (a system that helps to control tissue organization in developing embryos of various species, including amphioxi, fish, frogs, and mammals). Using a zebrafish model, the researchers found that aberrant Wnt/β-catenin signaling led to changes in membrane expression levels of proteins. These changes were indicators of poor cell fitness and led to cell death, which encouraged consistent tissue patterning during embryo formation.

"We found that a type of 'morphogen-gradient noise-cancelling system' senses and eliminates unhealthy cells, which are accidentally generated during embryogenesis," says corresponding author on the study. "Our findings suggest that this system is essential for the construction of a healthy embryo with appropriate tissue patterning."

In the study, cells with aberrant Wnt/β-catenin signaling also demonstrated changes in cadherin proteins on the cell membrane, which led to an imbalance relative to cadherin proteins on neighboring cells. In those same cells with aberrant Wnt/β-catenin signaling, the activation of TGF-β-Smad signaling led to the production of reactive oxygen species, followed by cell death via apoptosis.

"Our analyses revealed that this 'morphogen-gradient noise-cancelling system' is only activated only in cells with dramatic changes in Wnt/β-catenin signaling, or substantial noise," says the, lead author on the study. "We presume that this system might help to eliminate cells with severe signaling-defects related to malformation- or cancer-causing mutations."

Because of the importance of ensuring appropriate tissue patterning, the results of this study can help to explain mechanisms involved in the formation of cancer and the occurrence of congenital diseases. In addition, the results may be useful for designing new diagnostic methods for these diseases.