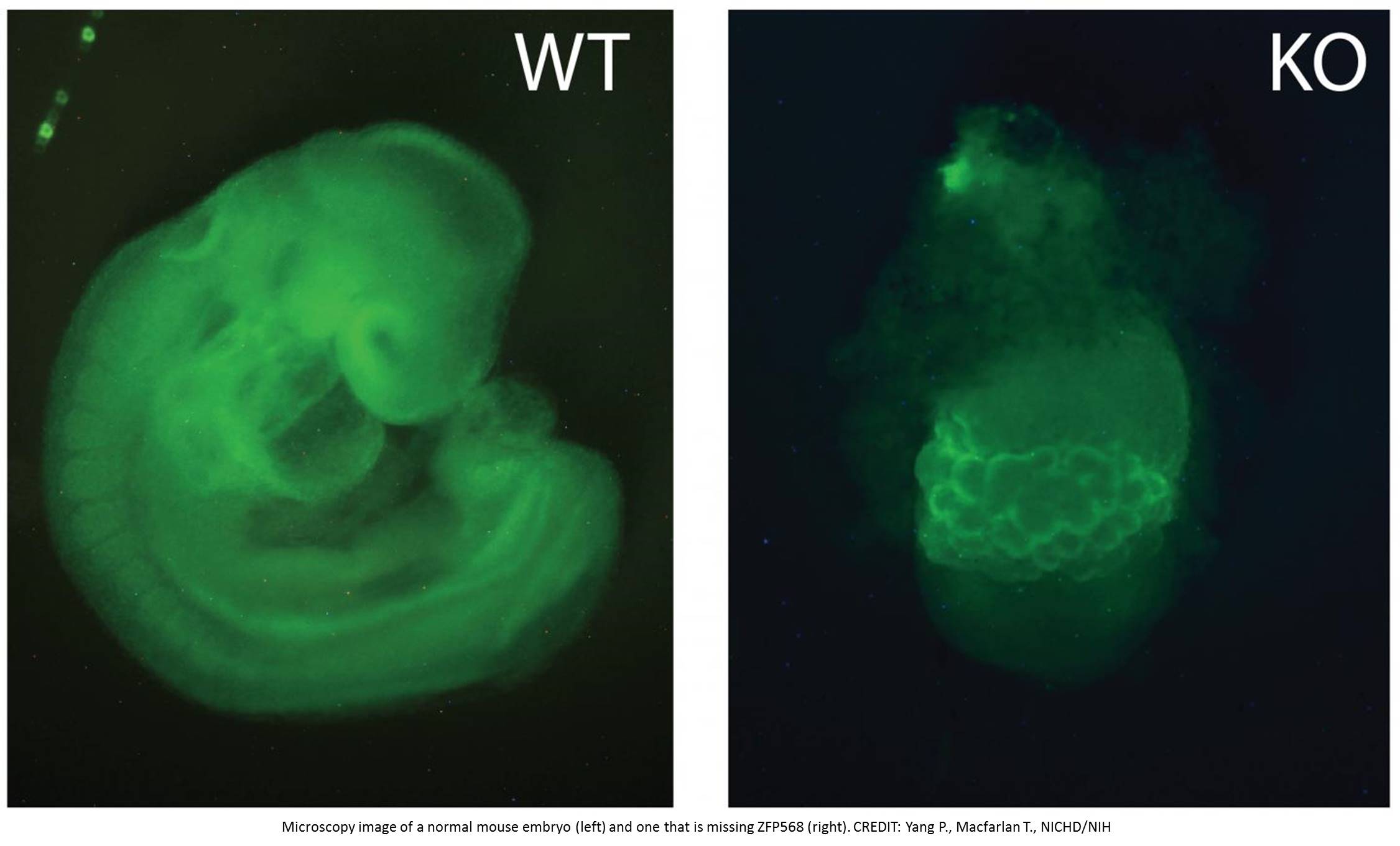 A protein called ZFP568 regulates an important fetal growth hormone called insulin-like growth factor 2 (Igf2), according to a mouse study led by researchers at the National Institutes of Health. The study is one of the first to show that KRAB-zinc finger proteins, which are well-known for silencing viral genes left over from ancient infections, can also play an essential role in fetal and placental development.

Using a mouse model that lacked ZFP568, a KRAB-zinc finger protein, researchers found that ZFP568 suppresses a gene--Igf2--that is needed for balancing fetal and placental growth. The team discovered that ZFP568 prevented a placental version of Igf2 from being expressed too early, during a window of time soon after the embryo implants into the uterus. Precise expression of Igf2 is important because small changes in Igf2 levels can lead to under- and overgrowth conditions in people, such as Russell Silver syndrome and Beckwith-Wiedemann syndrome, respectively.

"ZFP568 is part of a large family of rapidly evolving proteins that play a role in recognizing and protecting the genome from ancient viruses that litter mammalian genomes," said the study's lead author. "Our results underscore how KRAB-zinc finger proteins have evolved critical developmental functions, possibly as a byproduct of their primary role in genome defense."

In the study, fetal mice lacking ZFP568 failed to develop normally, suggesting that too much Igf2 is toxic in early development. The researchers also found that mammals, including humans, have ZPF568-like proteins, indicating that its Igf2 suppression may have played an important role in the early evolution of mammals. The study team is exploring whether ZFP568 has a similar function in humans and whether other KRAB-zinc finger proteins have evolved to aid in other essential, developmental processes.

Micro-spectrometer in your smart phone?