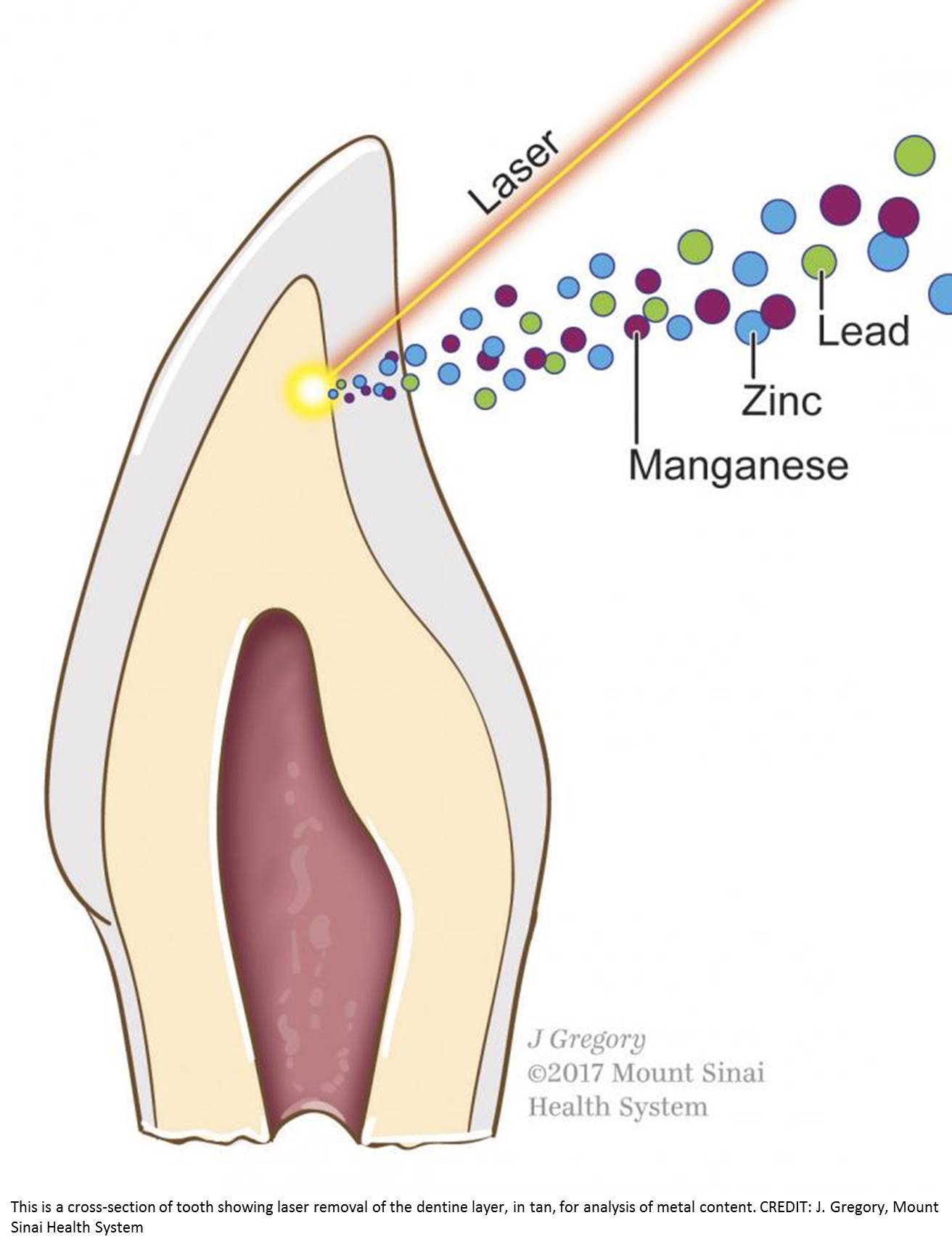 Baby teeth from children with autism contain more toxic lead and less of the essential nutrients zinc and manganese, compared to teeth from children without autism, according to an innovative new study. The researchers studied twins to control genetic influences and focus on possible environmental contributors to the disease. The findings, published in the journal Nature Communications, suggest that differences in early-life exposure to metals, or more importantly how a child's body processes them, may affect the risk of autism.

The differences in metal uptake between children with and without autism were especially notable during the months just before and after the children were born. The scientists determined this by using lasers to map the growth rings in baby teeth generated during different developmental periods.

The researchers note that replication in larger studies is needed to confirm the connection between metal uptake and autism.

"We think autism begins very early, most likely in the womb, and research suggests that our environment can increase a child's risk. But by the time children are diagnosed at age 3 or 4, it's hard to go back and know what the moms were exposed to," said the research lead. "With baby teeth, we can actually do that."

The findings build on prior research showing that exposure to toxic metals, such as lead, and deficiencies of essential nutrients, like manganese, may harm brain development while in the womb or during early childhood. Although manganese is an essential nutrient, it can also be toxic at high doses. Exposure to both lead and high levels of manganese has been associated with autism traits and severity.

The researchers use lasers to extract precise layers of dentine, the hard substance beneath tooth enamel, for metal analysis. The team previously showed that the amount of lead in different layers of dentine corresponds to lead exposure during different developmental periods.

Arora said that autism is a condition where both genes and environment play a role, but figuring out which environmental exposures may increase risk has been difficult.

"What is needed is a window into our fetal life," first author said. "Unlike genes, our environment is constantly changing, and our body's response to environmental stressors not only depends on just how much we were exposed to, but at what age we experienced that exposure."

Prior studies relating toxic metals and essential nutrients to autism have faced key limitations, such as estimating exposure based on blood levels after autism diagnosis rather than before, or not being able to control for differences that could be due to genetic factors.

"A lot of studies have compared current lead levels in kids that are already diagnosed," said the senior author. "Being able to measure something the children were exposed to long before diagnosis is a major advantage."

The method of using baby teeth to measure past exposure to metals also holds promise for other disorders, such as attention deficit hyperactivity disorder. "There is growing excitement about the potential of baby teeth as a rich record of a child's early life exposure to both helpful and harmful factors in the environment," said another author.