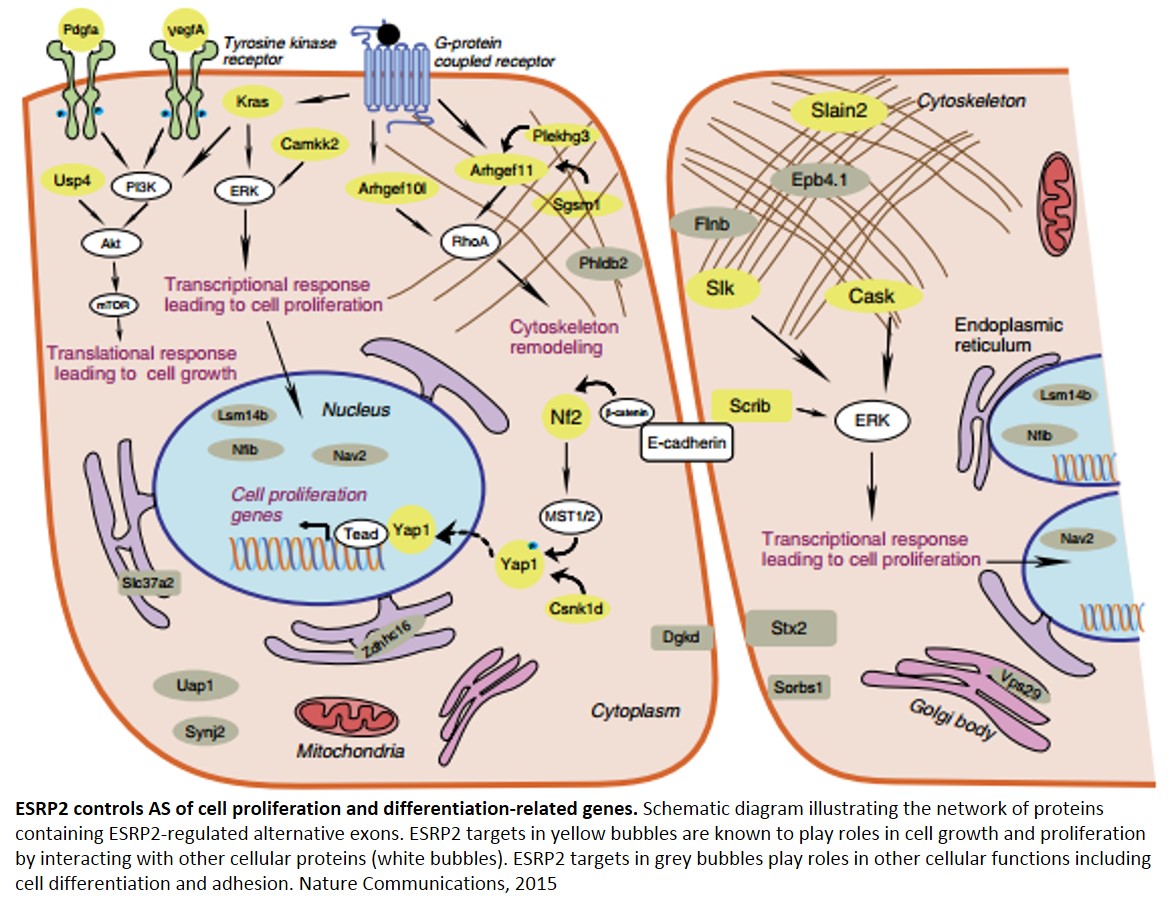 Researchers employ global analyses of the mouse liver transcriptome to demonstrate that postnatal remodelling of the liver is accompanied by large-scale transcriptional and post-transcriptional transitions that are cell-type-specific and temporally coordinated.

Combining detailed expression analyses with gain- and loss-of-function studies, they identify epithelial splicing regulatory protein 2 (ESRP2) as a conserved regulatory factor that controls the neonatal-to-adult switch of ~20% of splice isoforms in mouse and human hepatocytes.

These findings define a direct role for ESRP2 in the generation of conserved repertoires of adult splice isoforms that facilitate terminal differentiation and maturation of hepatocytes.