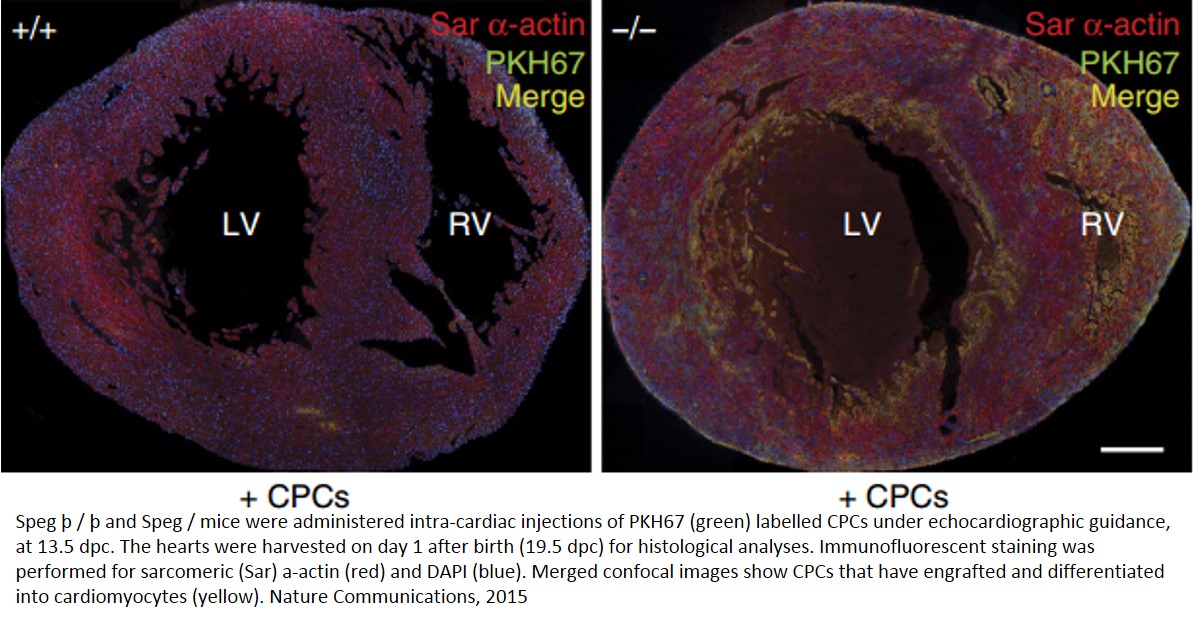 Investigators previously showed that disruption of the Speg gene locus in mice leads to a dilated cardiomyopathy with immature-appearing cardiomyocytes.

Now the researchers show that cardiomyopathy ofSpeg−/− mice arises as a consequence of defects in cardiac progenitor cell (CPC) function, and that neonatal cardiac dysfunction can be rescued by in utero injections of wild-type CPCs intoSpeg−/− foetal hearts.

CPCs harvested from Speg−/− mice display defects in clone formation, growth and differentiation into cardiomyocytes in vitro, which are associated with cardiac dysfunction in vivo.

In utero administration of wild-type CPCs into the hearts of Speg−/− mice results in CPC engraftment, differentiation and myocardial maturation, which rescues Speg−/− mice from neonatal heart failure and increases the number of live births by fivefold.

Authors propose that in utero administration of CPCs may have future implications for treatment of neonatal heart diseases.